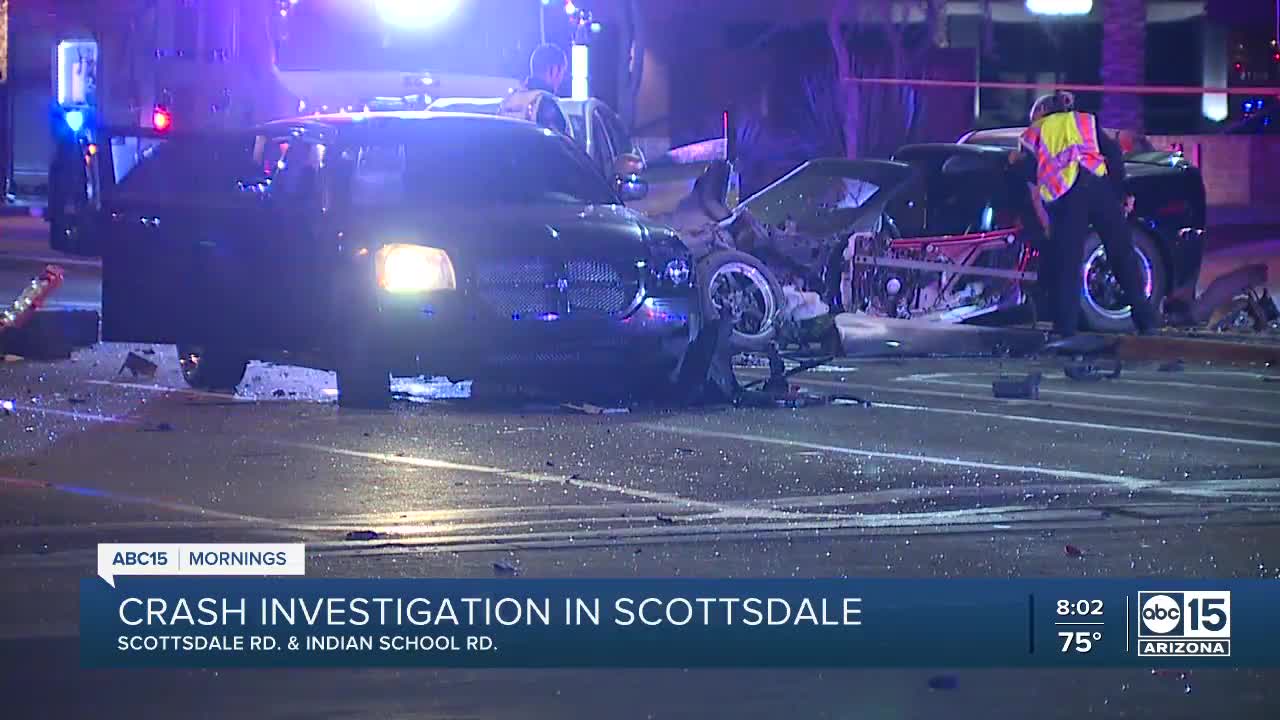 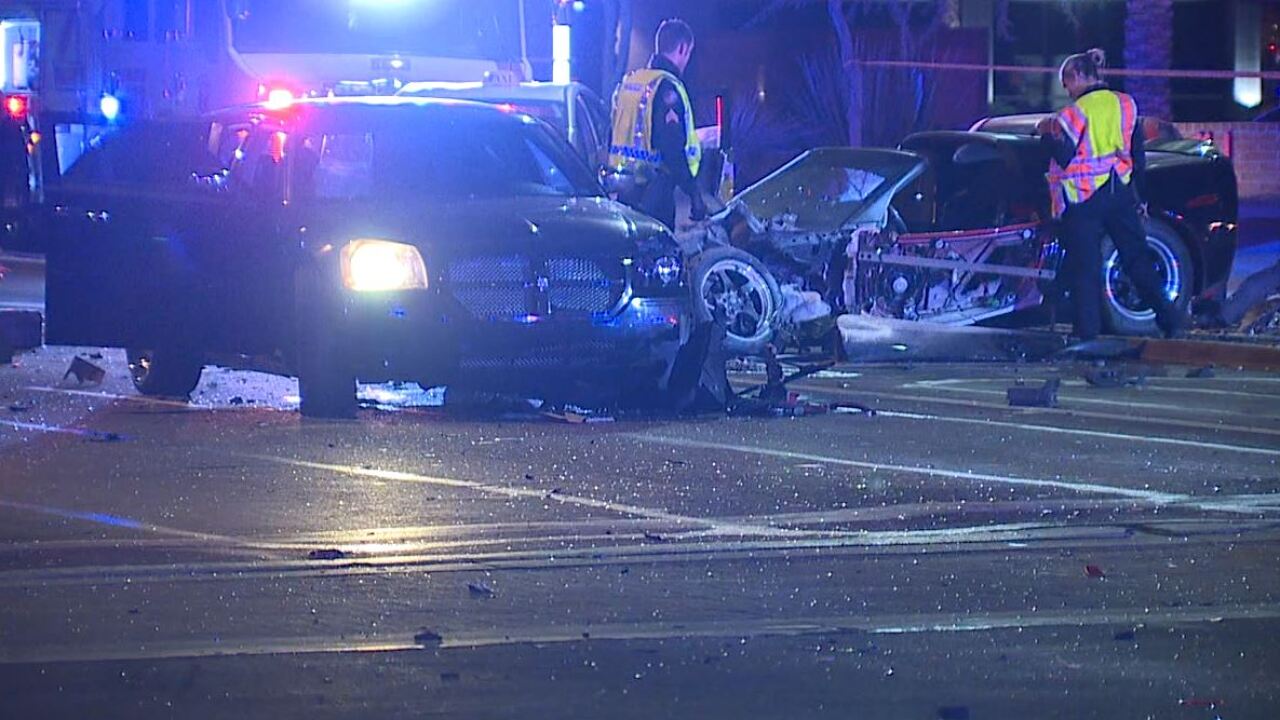 Officials with the Scottsdale Police Department say the crash happened before 3:00 a.m. at the intersection of Indian School and Scottsdale roads.

A total of five people were treated by paramedics, according to the Scottsdale Fire Department. At least one patient was ejected from their vehicle.

Three patients were transported to a hospital for treatment.

Authorities are still investigating the crash and have not yet released additional information.