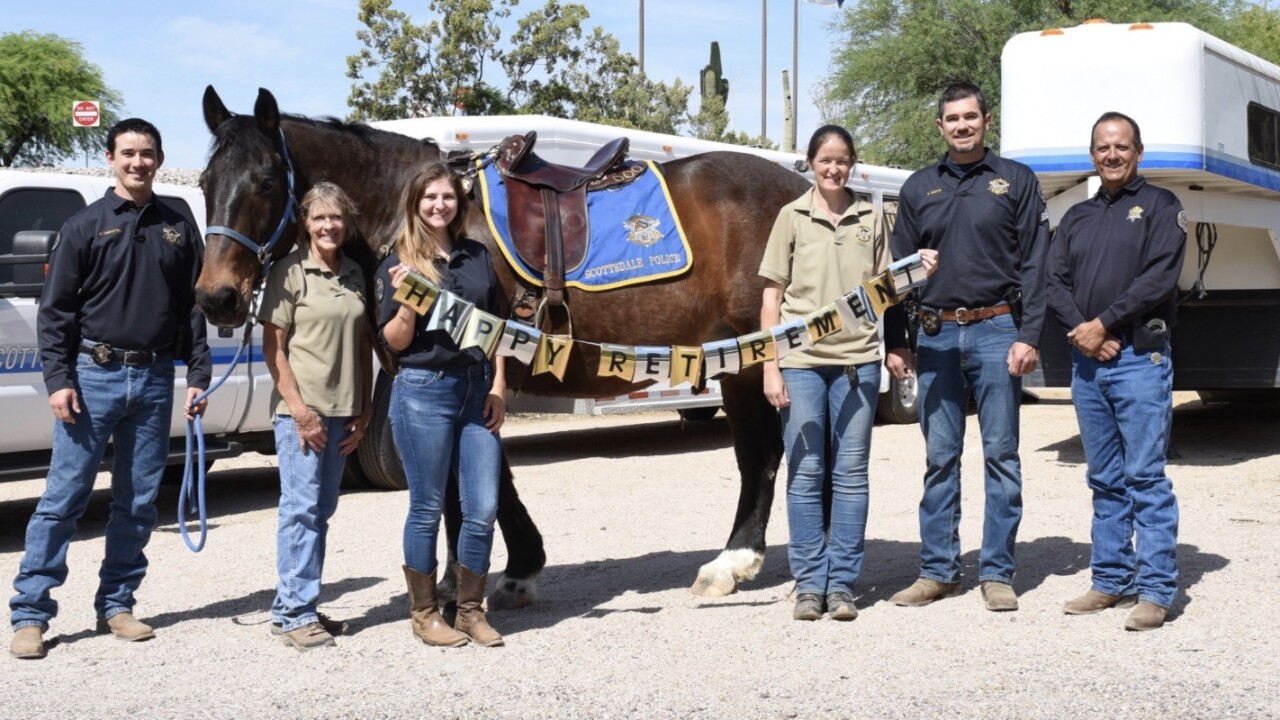 Police say Ben joined the department in September of 2011.

After months of training, Ben was assigned to patrol the Old Town Scottsdale Entertainment District.

Scottsdale PD says Ben was sought out by many officers because he was considered such a reliable horse.

The department says Ben's retirement is well-earned and he will be going back home to his original donors.

Thank you for your service, Big Ben!