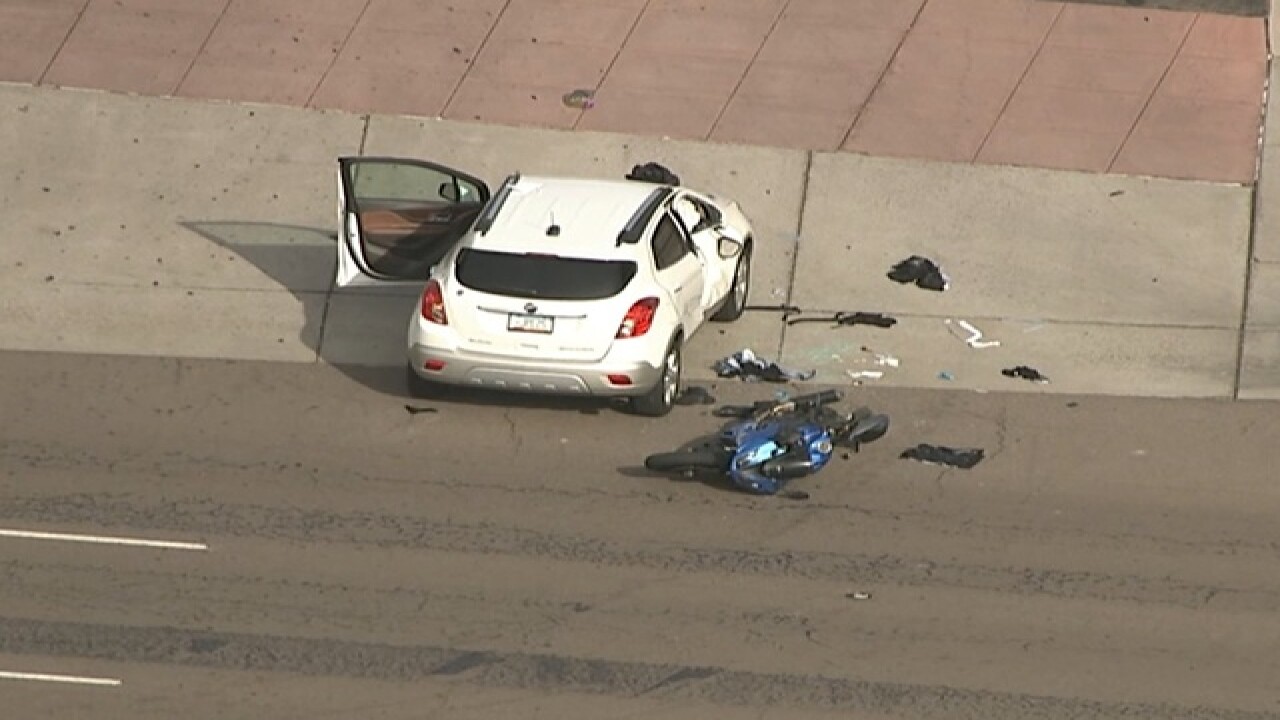 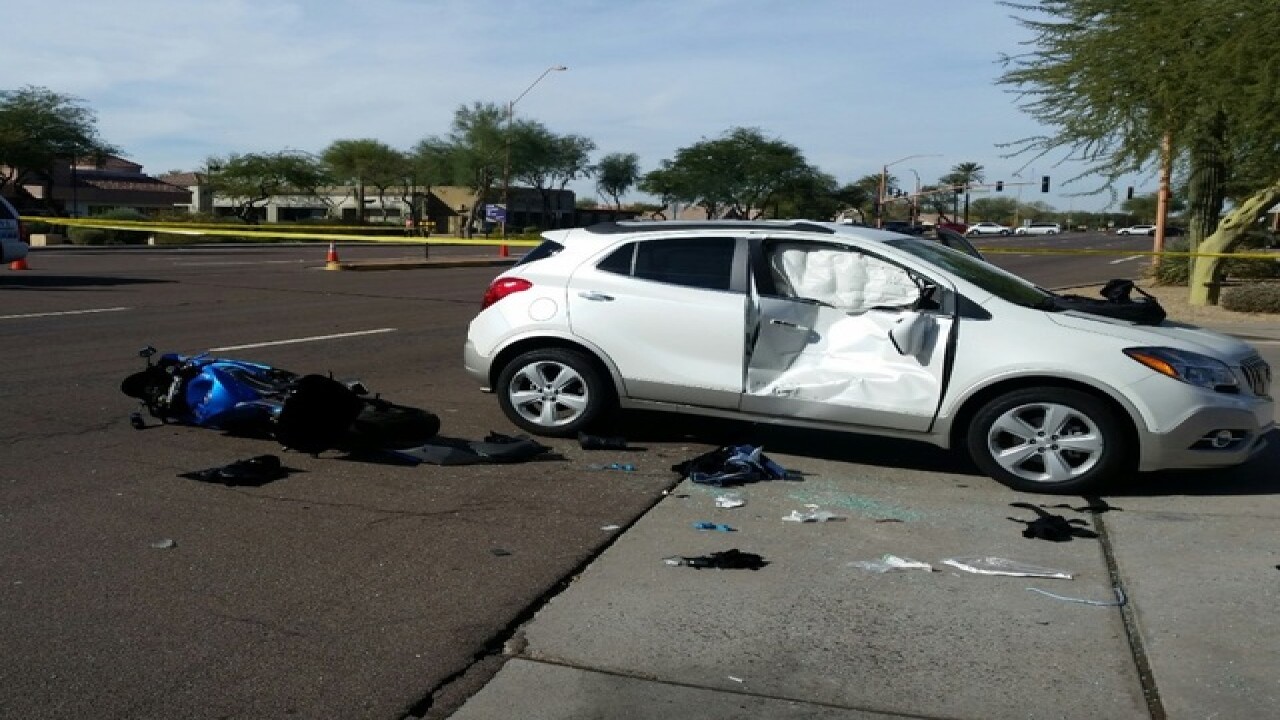 A deadly crash closed the northbound lanes of Frank Lloyd Wright Boulevard between Raintree and Thompson Peak Parkway on Friday.

A picture from the Scottsdale Police Department showed the crash was between a motorcycle and an SUV.

A motorcycle heading north on Frank Lloyd Wright hit the SUV as it attempted to cross the six-lane road. The rider of the motorcycle, a woman, was taken to the hospital and pronounced dead a short time later, according to a police spokesperson.

The intersection was closed for four hours for the crash investigation, police said.