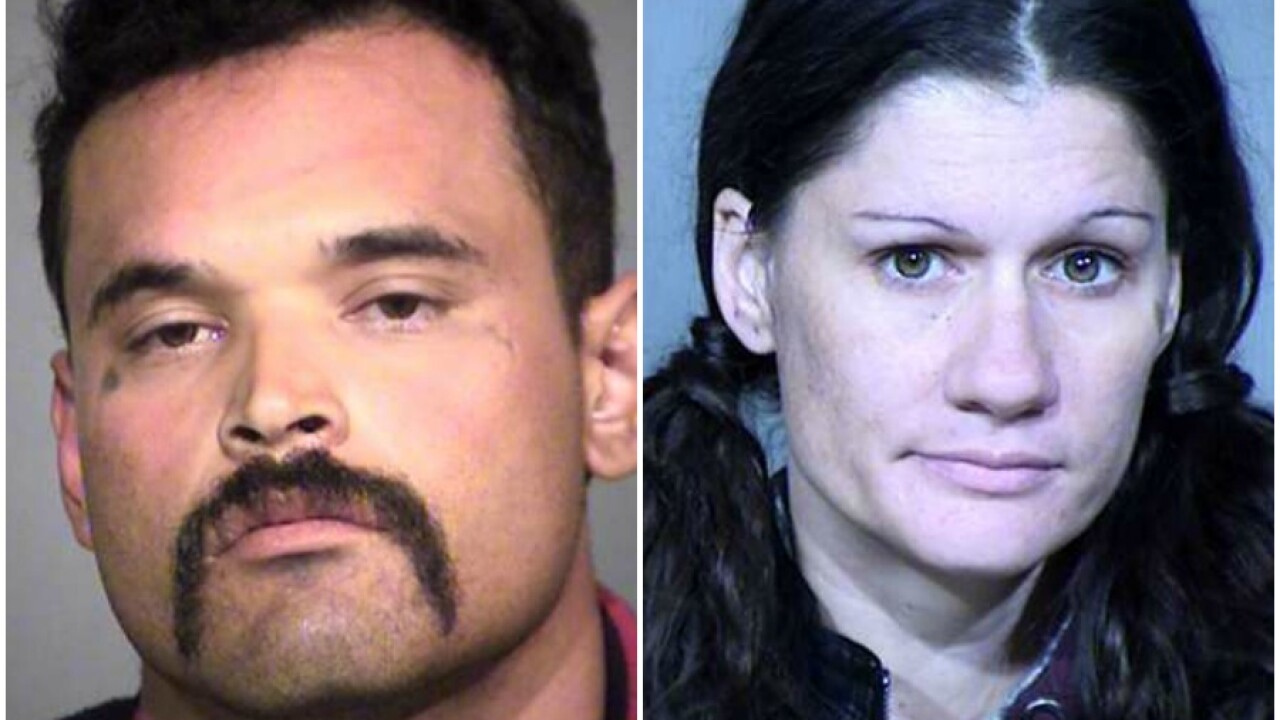 SCOTTSDALE, AZ — Police in Scottsdale say a man and woman have been arrested on suspicion of felony counts of armed robbery and organized retail theft.

Police say they received numerous tips that led investigators to identify Cortina and Roberto as suspects in the case.

They say the couple was confronted by store employees in the Oct. 13 shoplifting incident. The employees told police the male suspect displayed a handgun and fled the store with the female suspect and the stolen items.

Police say the two drove off in a car that was later recovered and determined to have been stolen prior to the store robbery.