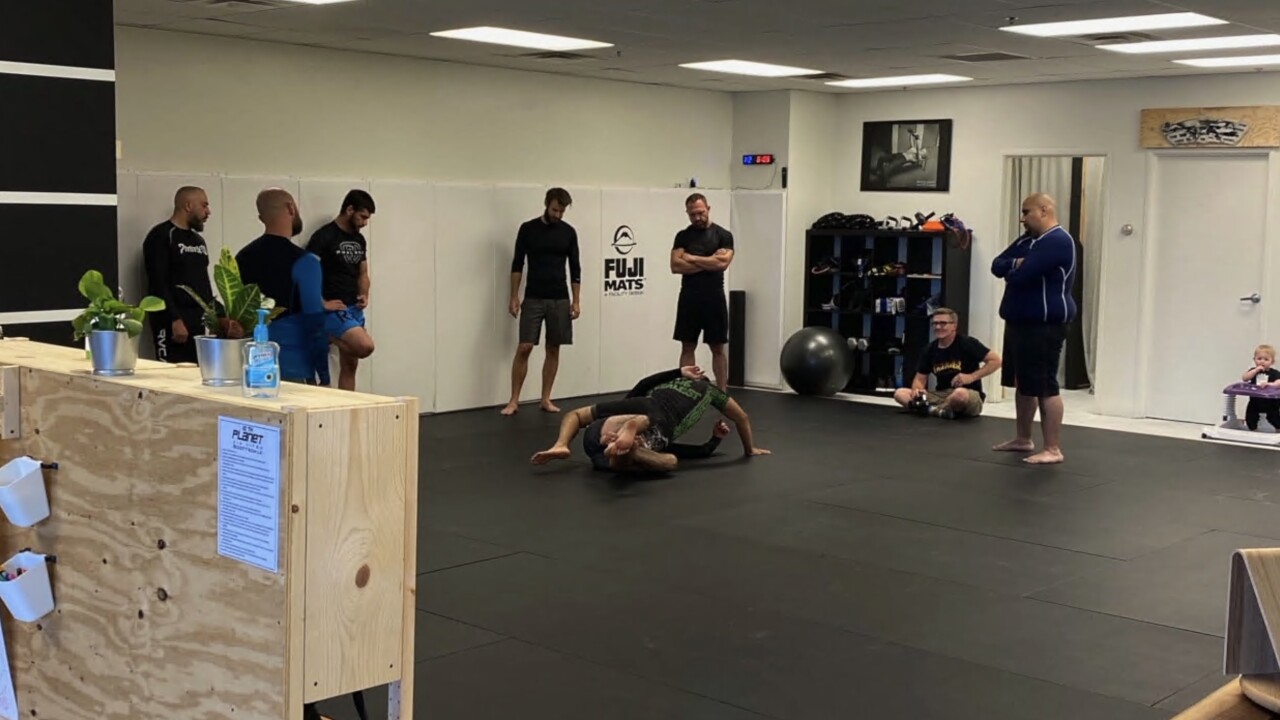 SCOTTSDALE, AZ — Steeyle Levine says the idea of opening his own business was exhilarating. "This has been a dream of mine for over a decade.”

He'd been practicing the art of Jiu-Jitsu for years, and now owns and operates his own studio off Scottsdale Road and Thunderbird.

"I just love it to death and I just really wanted to be able to share it," said Levine. "There wasn’t COVID in the air at all when we were planning this."

Levine and his wife, Mandy McGee, wanted to invest in their future, when they decided to open their own 10th Planet Jiu-Jitsu location.

When COVID-19 spread in Arizona, and Governor Ducey signed a "stay-at-home" order in May, they pushed back their much-anticipated grand opening to June.

Days after the order expired, the two welcomed small groups of kids and adults into the studio. Only six weeks later, a second round of closures, including gyms across the state, forced them to shut down.

"It was heartbreaking," said Levine. “We’re sanitizing, we’re cleaning after every class, you know we’re making sure that everyone is coming in healthy.”

Levine says they also have a waiver for customers to sign, acknowledging potential risks, as well as verifying they show no signs of the virus before entering the studio.

Now, the once eager couple says the stress is settling in. “You still have electricity bills, you still have insurance costs, you’ve got internet. It’s just endless," added McGee. "They’re going to continue to add up and they’re gonna catch up to us.”

McGee says as soon as they shut down, she started looking at options for assistance at the state and federal level.

However, being so small and brand new, keeps them from qualifying for most loans being offered to relieve stress during COVID-19.

“We don’t have employees to qualify for payroll protection," said McGee. "You lose the opportunity for new leads and sale. All of these things that show what makes you a good borrower in order to be able to get by and make it at the end of the day, and those aren’t really things that we fit into that criteria being so new.”

McGee says with no end in sight, they're trying to get creative to keep income flowing by selling t-shirts, doing online and in some cases, private sessions.

"It’s super terrifying coming into something knowing that you already put all of your eggs in the basket and then now the whole world is crashing in on you.”

The Small Business Administration says newer businesses can try getting better guidance from the Arizona Small Business Development Center, which provides business counseling, as well as a pathway to different resources that may be able to help in the interim.