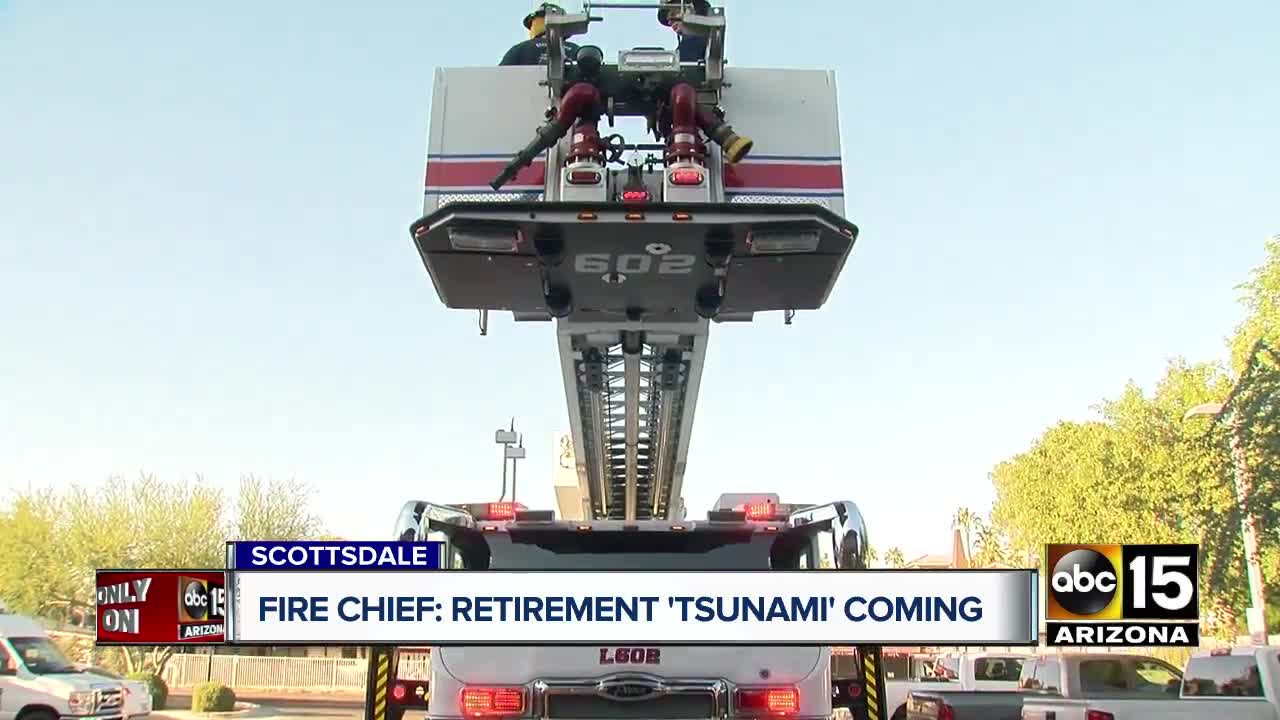 More than half city's firefighters, captains and chiefs set to retire in next six years. 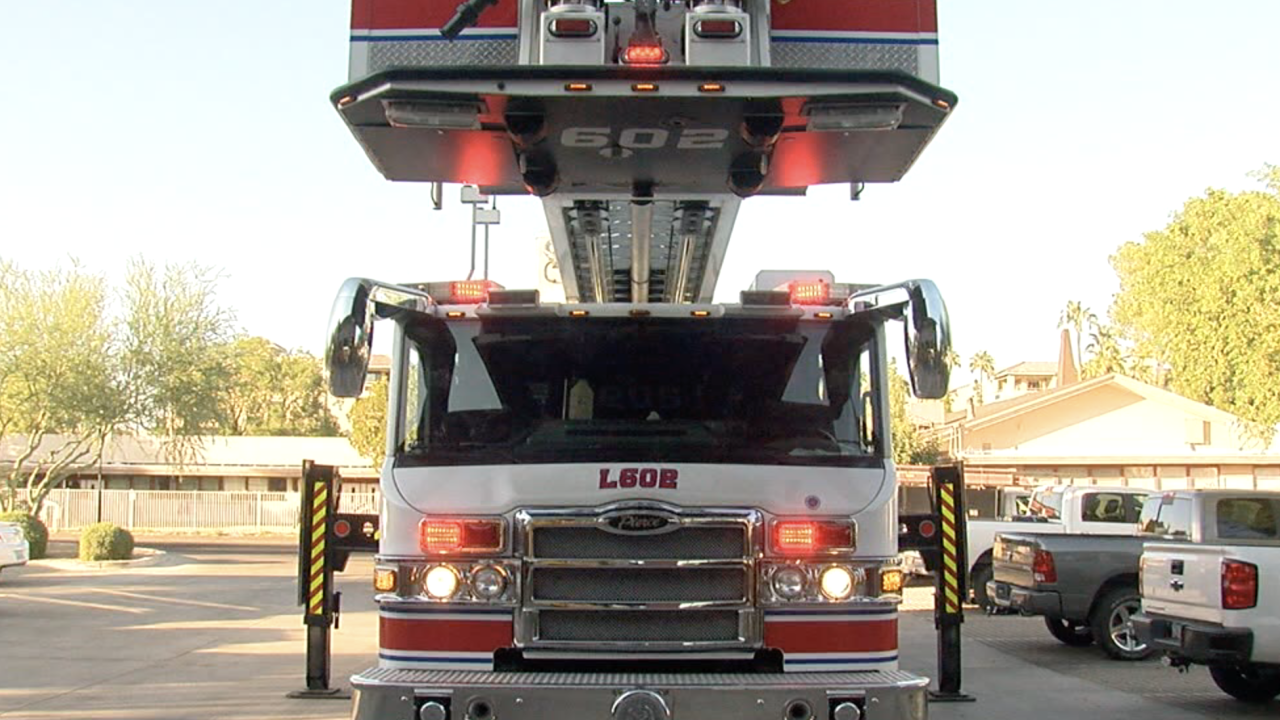 SCOTTSDALE, AZ — The Scottsdale Fire Department says it's expecting to retire half of its workforce by 2025.

"We are calling it an attrition tsunami if you will. We have to replace a workforce that was purchased on July 1, 2005," says Fire Chief Tom Shannon.

Prior to July 1, 2005 Scottsdale's fire and medical needs were handled by the private company called Rural Metro. On that July day, everything changed when the City of Scottsdale bought out the company and the Scottsdale Fire Department was born.

Shannon has been the fire chief since 2011. He says from the very beginning of his time with the department, he's always known that the ''tsunami" would eventually become a reality.

According to data provided by the Scottsdale Fire Department, 49 out of 69 captains and 41 out of 69 engineers will be retiring anytime between now and 2025. In all, 153 out of 277 sworn fire personnel will retire in the next decade.

"It's overwhelming and it consumes virtually all of my time, but I really do see it as an opportunity," said Shannon.

Firefighter Mark Hill came to Scottsdale Fire from another agency. He came to Scottsdale because of the opportunities for growth. He hopes to be promoted in the next few years as battalion chiefs, captains, and other specialized positions are vacated.

"This is a good spot. We've got a lot of good people leaving soon, the goal in mind is to absorb and pass it on to the next generation," says Hill.

Chief Shannon says he has a game plan that includes training the incumbent workforce before the veterans retire in order to pass on the knowledge and expertise that the veterans will take with them. "We will replace those veterans but as they leave we are going to provide the new person with as much training to be whoever they can be," adds Shannon.

Staffing Adequate Fire and Emergency Response (SAFER) recently awarded the Scottsdale Fire Department with grant money to hire six new firefighters. While the new addition is a plus, Shannon admits that already four other firefighters have recently retired, causing the gain to be only two new acquisitions, and not six.

"The reality is Scottsdale has got such an enormous attrition issue coming that I can predict with absolute certainty that we are going to see departures," adds Shannon.

In order to get "ahead of the game," Shannon spends his days talking to junior high and high school students about working in the public service.

He also visits community colleges and EMT schools on a regular basis. The goal is to promote the field of firefighting from an early age, given that the attrition he's seeing will last for about another 10 years.