Friday morning's storm took down one of the most elaborate Christmas displays in the Valley. The light show is put on by two brothers who are now faced with rebuilding and finding a way to pay for the show to still go on. 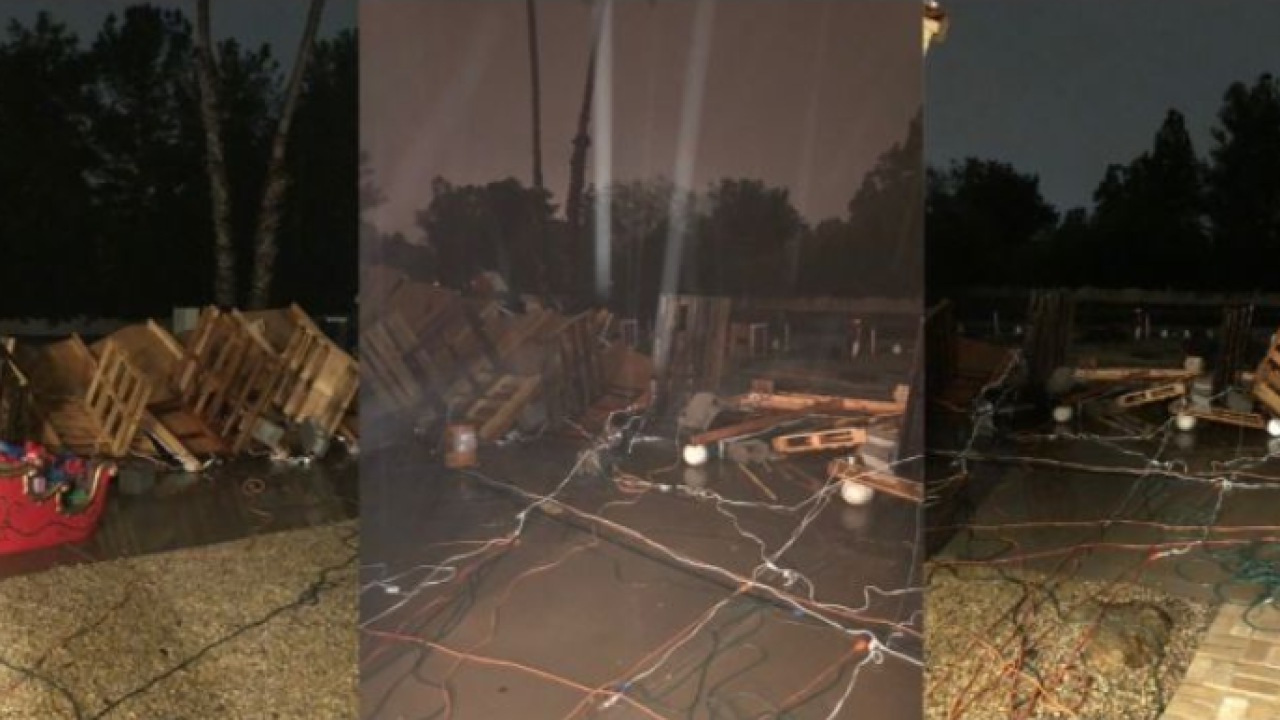 SCOTTSDALE, AZ — Friday morning's storm took down one of the most elaborate Christmas displays in the Valley.

The light show is put on by two brothers who are now faced with rebuilding and finding a way to pay for the show to still go on.

"You come out here and you just kind of - you're kind of in shock because you don't want to believe it but you're looking at it," said Kyle Pratt - standing in the middle of a destroyed 75-foot gingerbread house.

Kyle's brother, Sammy, is also heartbroken after looking at what was an elaborate Christmas production.

"I was telling my mom, I've went through high school, I've had two girlfriends, I played sports, and I said nothing compared to the sadness and heartbreak I've seen," said Sammy. "Pouring your heart and soul into something and seeing it just completely shattered in seconds - especially 48-hours before opening night."

Sammy and Kyle Pratt they say they pour just about every penny they make working summer jobs into this display, which gets expensive. Not only are there 250,000 lights, there are six fire machines, CO2 jets, five bubble machines, ground fireworks, and scent machines hidden in the yard.

But the brothers say this all goes far beyond the sights, sounds, and smells. It's about bringing a smile and a little joy to people during the holidays.

"Especially in today's day and age, people just kind of stay in their houses, shelled off from each other and this type of stuff brings people out together and you get to meet people and that's our favorite part," said Kyle.

The brothers say it's not clear when or if they'll be able to get the display back up and running before Christmas. They're hoping to raise enough money to repair and rebuild. Whatever happens though, they say a storm can't take down the Christmas spirit.

"The Christmas spirit can never be killed no matter how hard people try," said Kyle. "Even if we wanted to kill it, it can't happen. Christmas is always in the air."