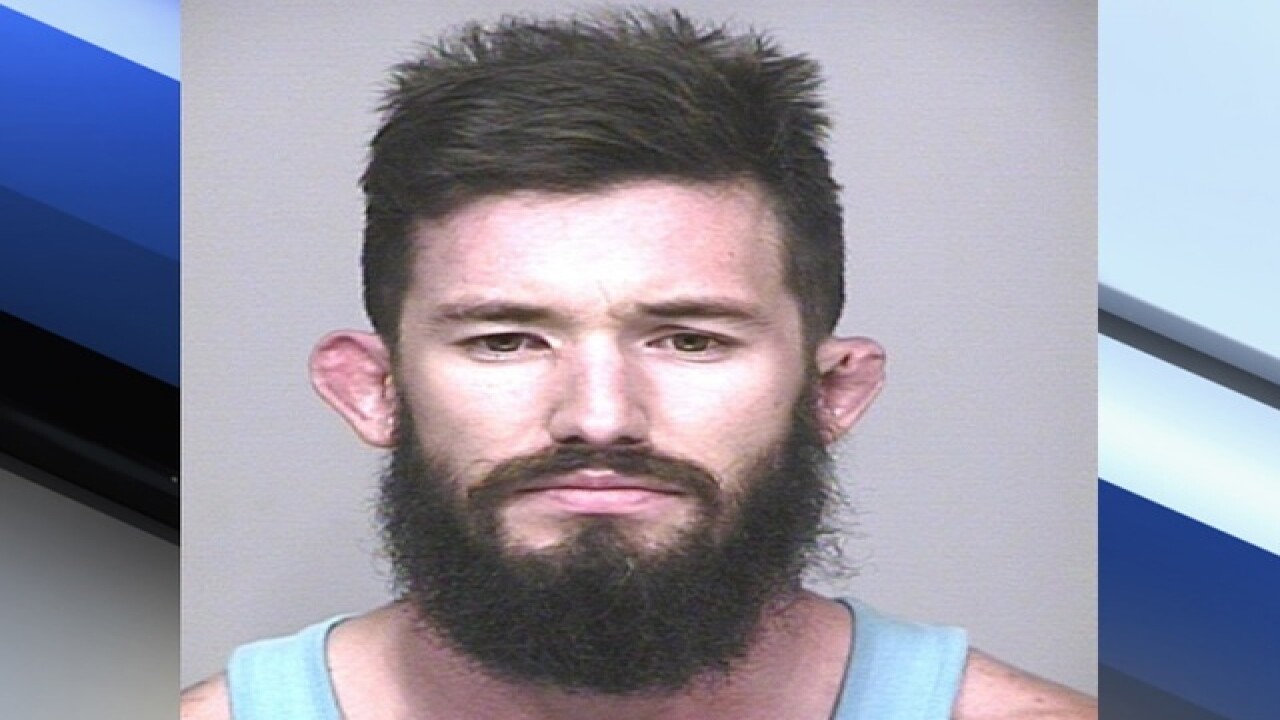 Court paperwork is giving more insight into a scary assault and kidnapping of an intoxicated woman in Scottsdale last weekend.

According to official paperwork, the suspect, identified as Rodolfo Ramirez, came in contact with the victim outside of a Scottsdale bar on Saturday night.

The victim, who police said is in her mid-20s, told police she was out drinking with a friend and was "very intoxicated". Her friend reportedly left to get their car, but when she came back, the victim was nowhere to be found and wouldn't answer her phone.

The friend told police that she saw a man with a beard hug the victim before she disappeared. She later identified Ramirez, who works at the nearby Hotel Valley Ho, as the same bearded man.

The victim told police that her only memories were of being in a bar and blacking out more than once during an assault in a parking lot, part of which was captured on surveillance cameras. Evidence, including the victim's earring and phone, were found at the scene of the assault.

Documents also say the victim told police she was assaulted two more times at Ramirez's home and that he later dropped her off near her friend's dorm in Tempe. She told officials she was "in shock", "really scared" and wanted to get to "safety".

When police made contact with Ramirez, he initially denied having contact with the victim, but changed his story to say he saw her, but that she wasn't "pretty enough" and "not his type", documents say.

Ramirez also told police that the victim's friend never came back, so he and the woman got an Uber ride back to his home.

After denying sexual contact, he admitted to having "consensual sex" with her multiple times, but agreed that she couldn't possibly have consented due to her intoxicated condition.

Ramirez reportedly told police that he "made a mistake and was not a bad guy", and that he wrote an apology letter to the victim.

He was booked into jail on two counts of kidnapping, three counts of sexual assault and one count of sexual abuse.