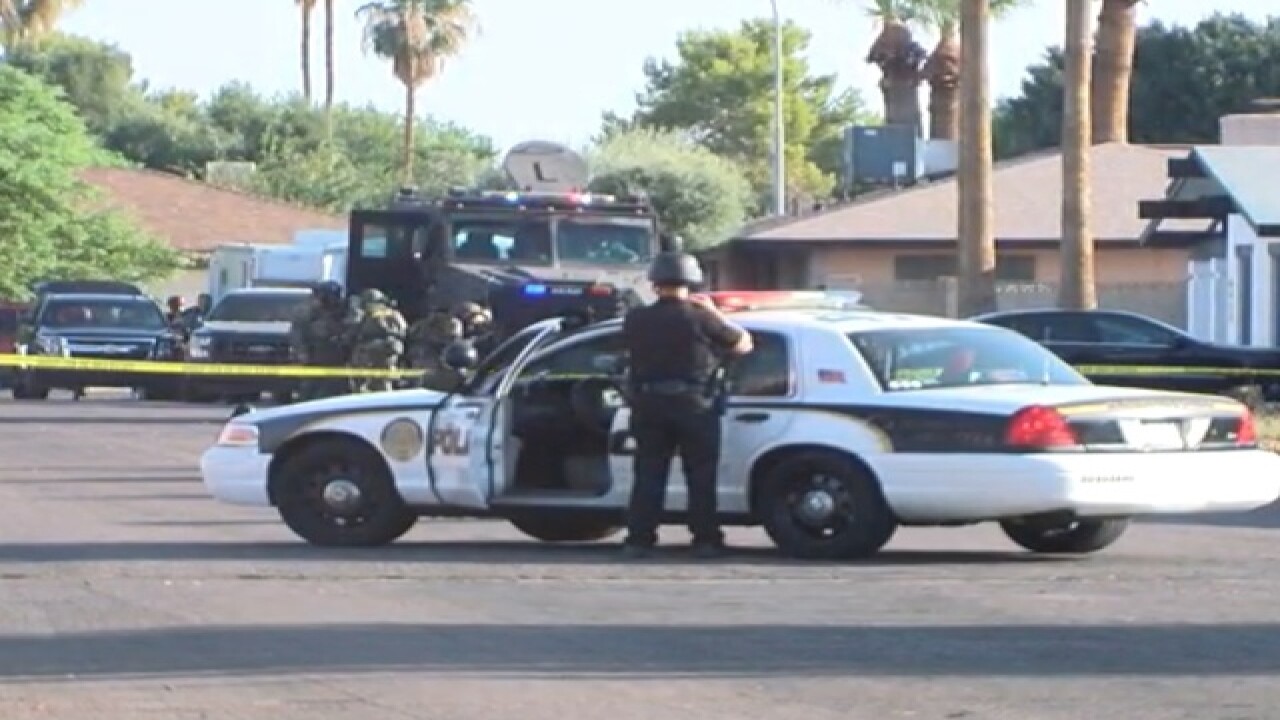 Scottsdale police have taken several into custody after a barricade situation near 46th Avenue and Butler Drive in Glendale.

SWAT team members were outside of a home in the area after serving a narcotics search warrant earlier this morning as a part of an on-going investigation.

Two women and one man surrendered to police, however another male suspect barricaded himself inside the home. He was later taken into custody when he was found hiding in the attic.

One person was treated by medical crews for minor injuries.

Other details are not currently available.