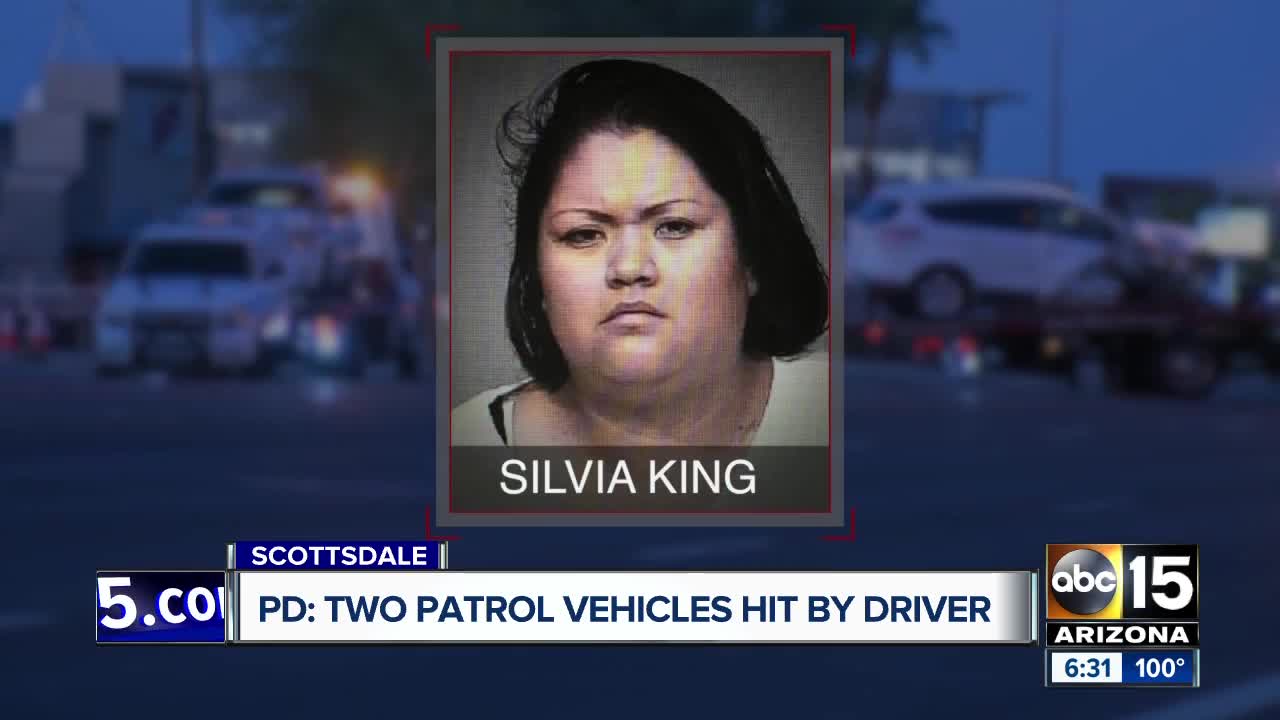 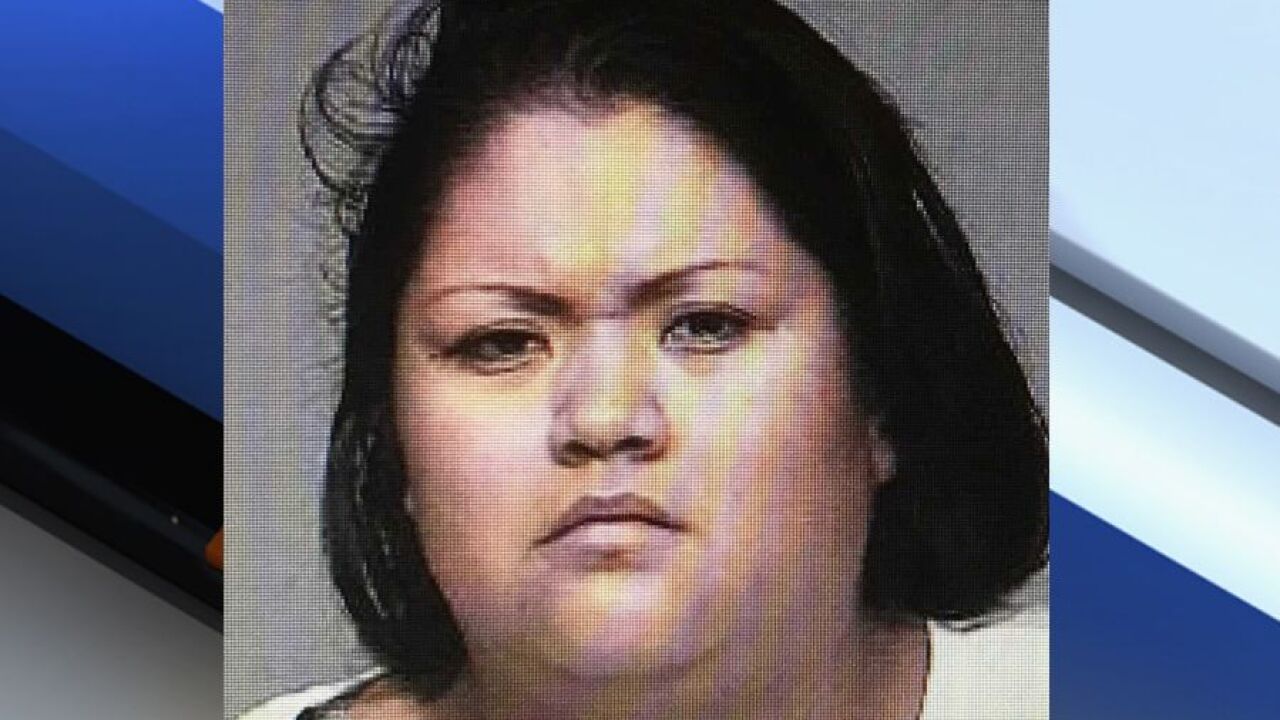 Police say the incident happened round 1:10 a.m. while two officers were conducting a traffic stop on Scottsdale Road, just north of McDowell Road.

One officer was standing on the sidewalk and the other was in his SUV when a northbound sedan being driven by Silvia King rear-ended one of the officer's vehicles pushing it into the other officer's SUV. Police say both officers had their emergency lights on.

The officer in the SUV was transported to the hospital where he was treated and released.

Authorities say King showed signs of alcohol impairment and was arrested with a blood alcohol content in excess of .170.

She was booked on misdemeanor charges of extreme DUI, reckless driving and endangerment.