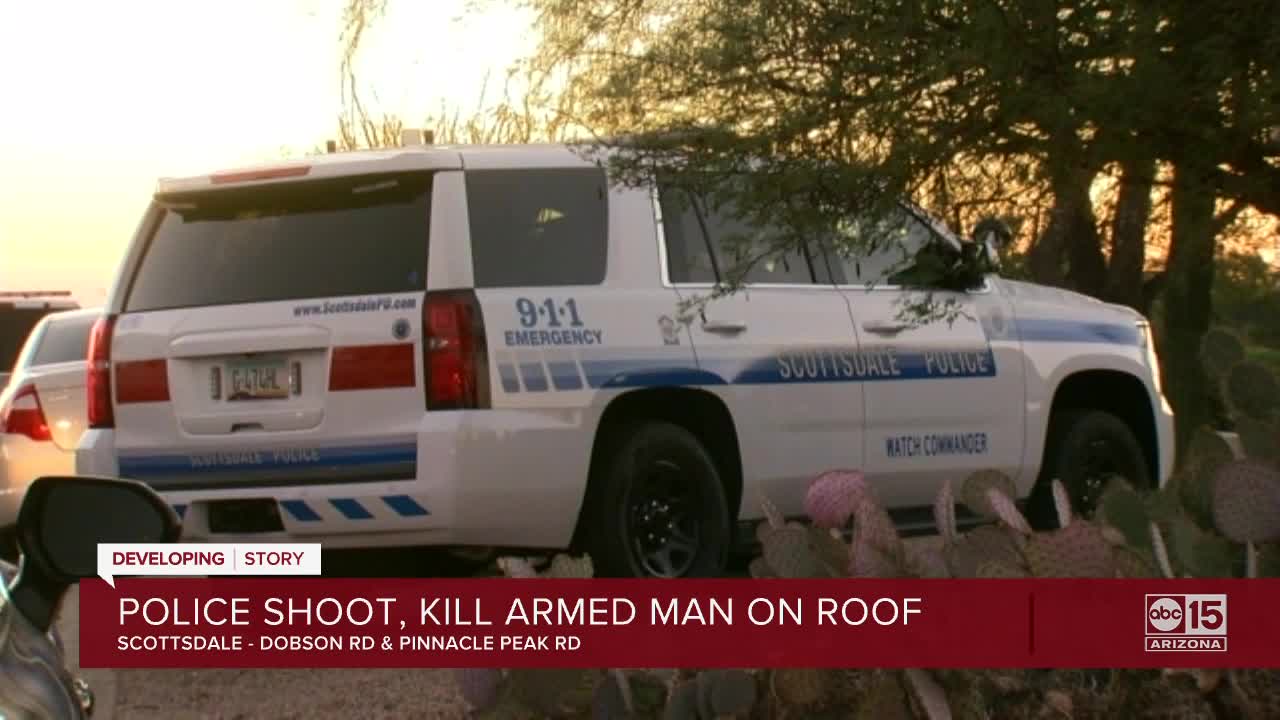 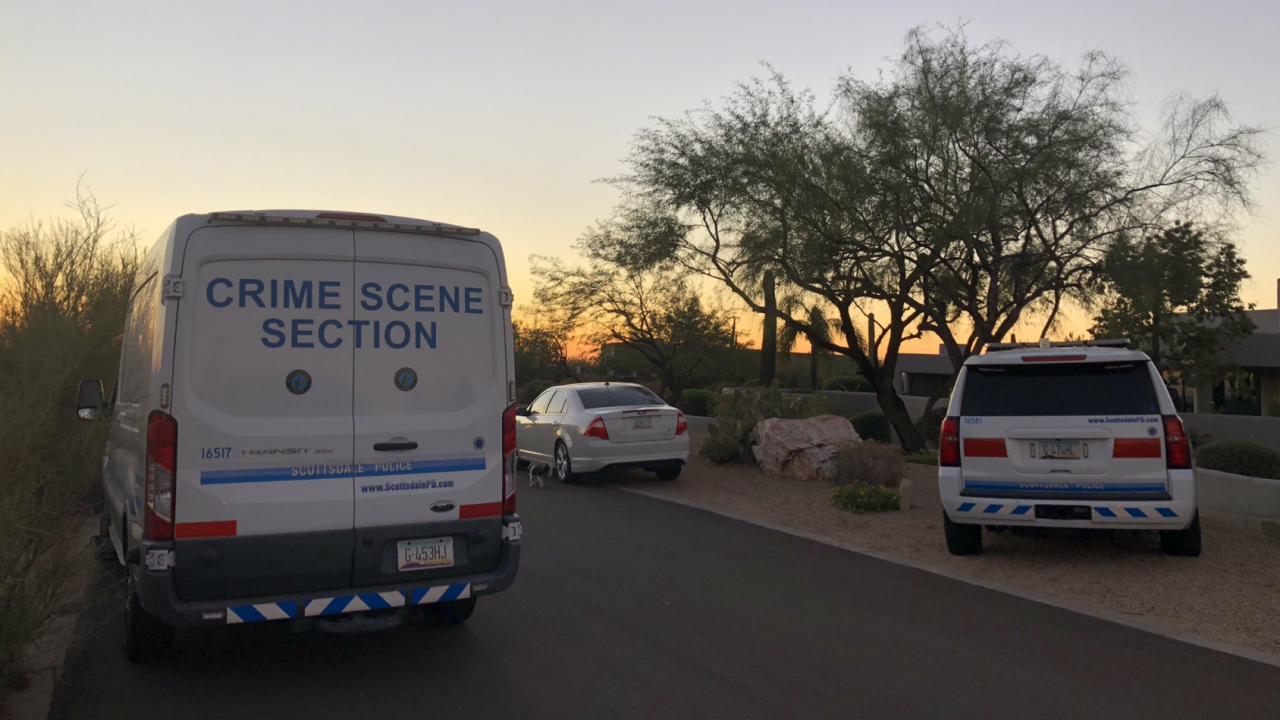 SCOTTSDALE, AZ — Officials say a man was shot and killed in a police shooting Wednesday afternoon at a north Scottsdale home.

Scottsdale police say around 2:30 p.m., officers received multiple calls for a welfare check at the home near Pinnacle Peak and Dobson Road.

Officers say a couple at the home were having domestic issues. Police say 61-year-old Chris Mellon made threats against his family and was in possession of a gun.

Mellon's wife was not home, but police say four other family members were.

While officers were trying to get the family out of the house, they reportedly saw Mellon on the roof of his house.

Police say Mellon was pointing a gun at the officers prompting them to shoot and kill him.

No officers were hurt, according to Scottsdale police.