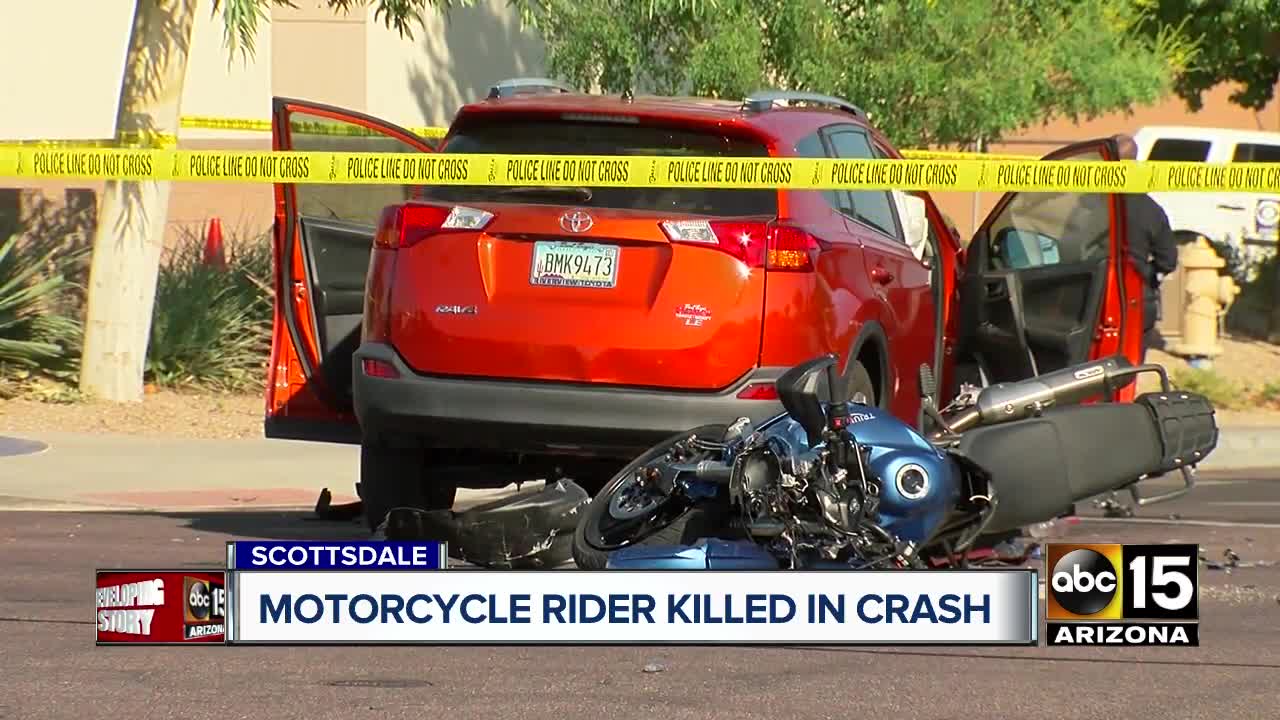 No word on if charges will be filed in crash near Scottsdale Road and Oak. 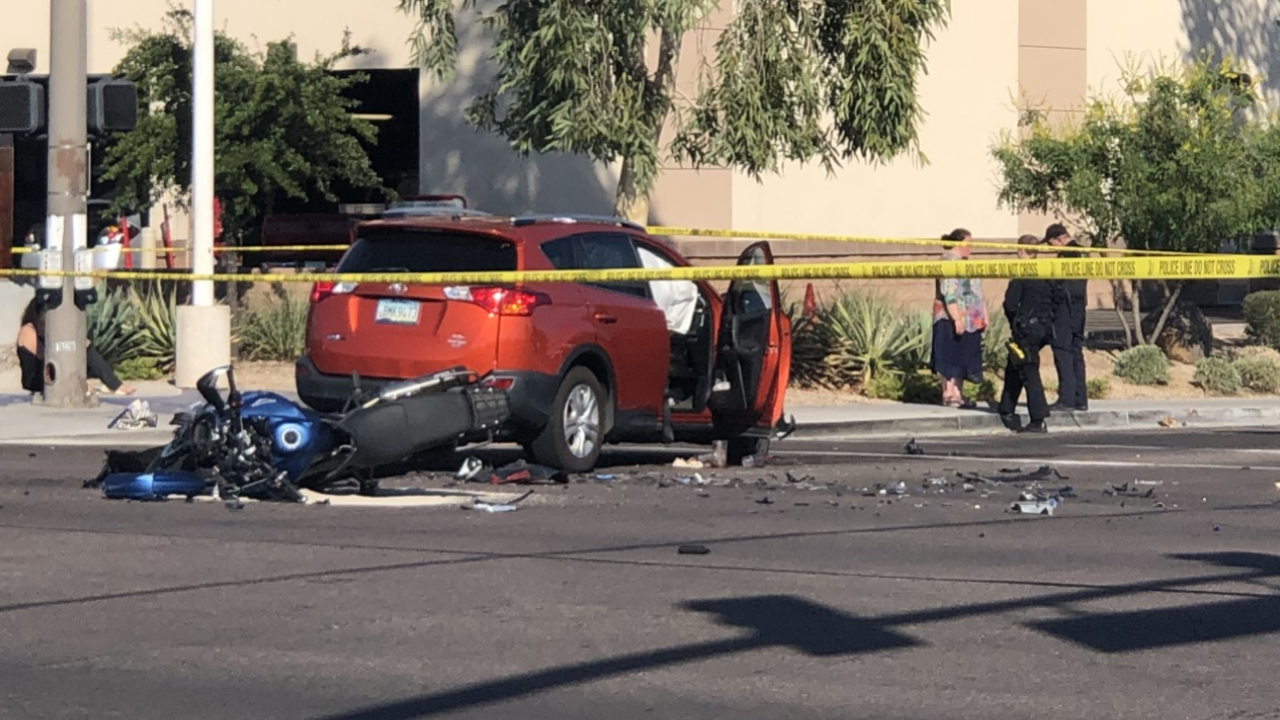 SCOTTSDALE, AZ — A motorcyclist has died after a collision in Scottsdale Saturday afternoon.

Emergency crews were called to the scene near Scottsdale Road and Oak Street around 2 p.m.

The intersection was closed for nearly four hours while crews worked to clear the scene.

The motorcycle rider has died. The intersection will remain closed for the next several hours.

The cause of the collision is under investigation.