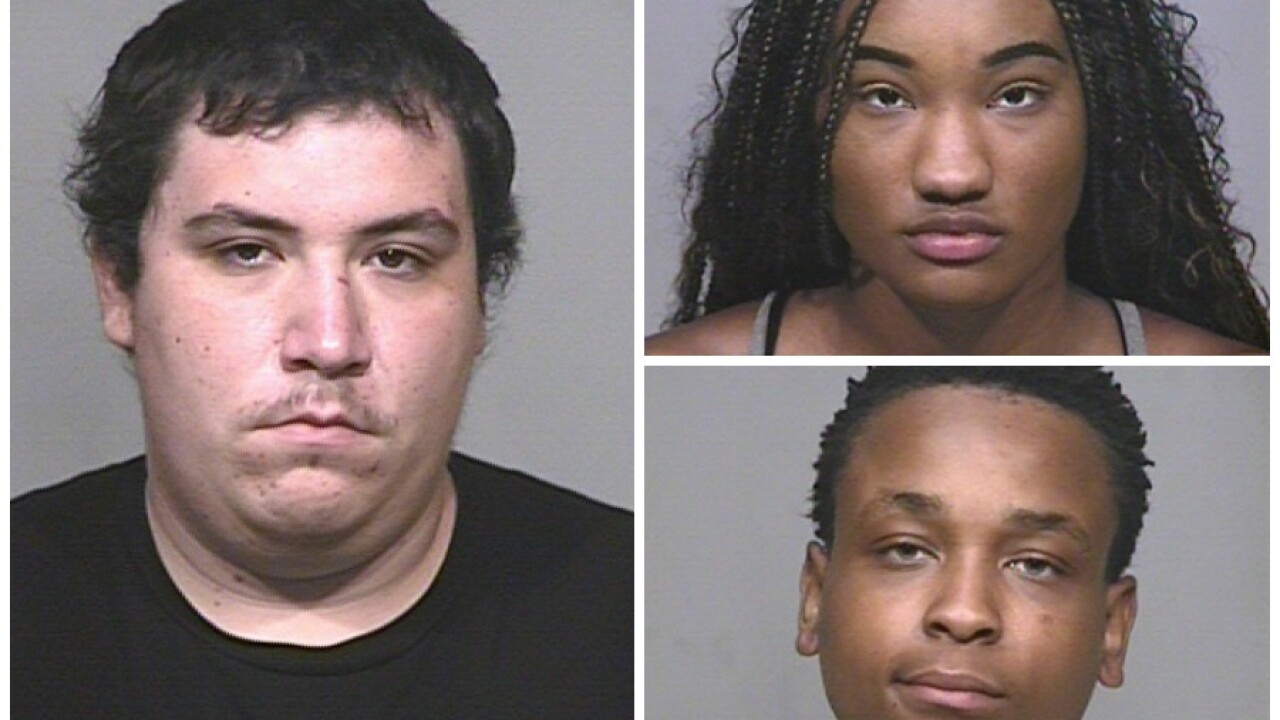 SCOTTSDALE, AZ — Scottsdale police say they've made more arrests and recovered over $46,000 worth of property after crowds of people descended on the Scottsdale Fashion Square Mall area Saturday, damaging multiple businesses and restaurants.

On Sunday morning, Scottsdale police said a dozen people were arrested during the "unprecedented" event and booked into jail on various charges. One assault and millions of dollars in damage were reported.

On Wednesday, Scottsdale police said an additional eight people were arrested and charged in connection with Saturday night’s incident.

Police say Sky Black, 19, and Shemar Cooper, 18, were arrested for burglary and trafficking stolen property and $11,000 in property was recovered from the pair. Three of their roommates, Christopher Raybon, 18, Ewveromvon Usuman, 18, and Labrina Johnson, 19, were cited and released on trespassing charges.

Robby Galarza, 21, was arrested for burglary of the Tiffany’s jewelry store inside the mall. Police say a watch, valued at $4,100, was recovered at the time of his arrest.

Authorities say a 17-year-old male is also being charged with burglary for his involvement in the looting. Officers say over $3,500 in stolen property was recovered in his possession.

Scottsdale police say Maurianna Griffin, 30, is facing burglary charges in connection with the looting. Police say she was found in possession of over $28,000 worth of merchandise consisting mostly of designer bags and sunglasses.

Police say the investigation is still ongoing and authorities anticipate more arrests will be made.

There were no reports of injuries to any officers, according to police.