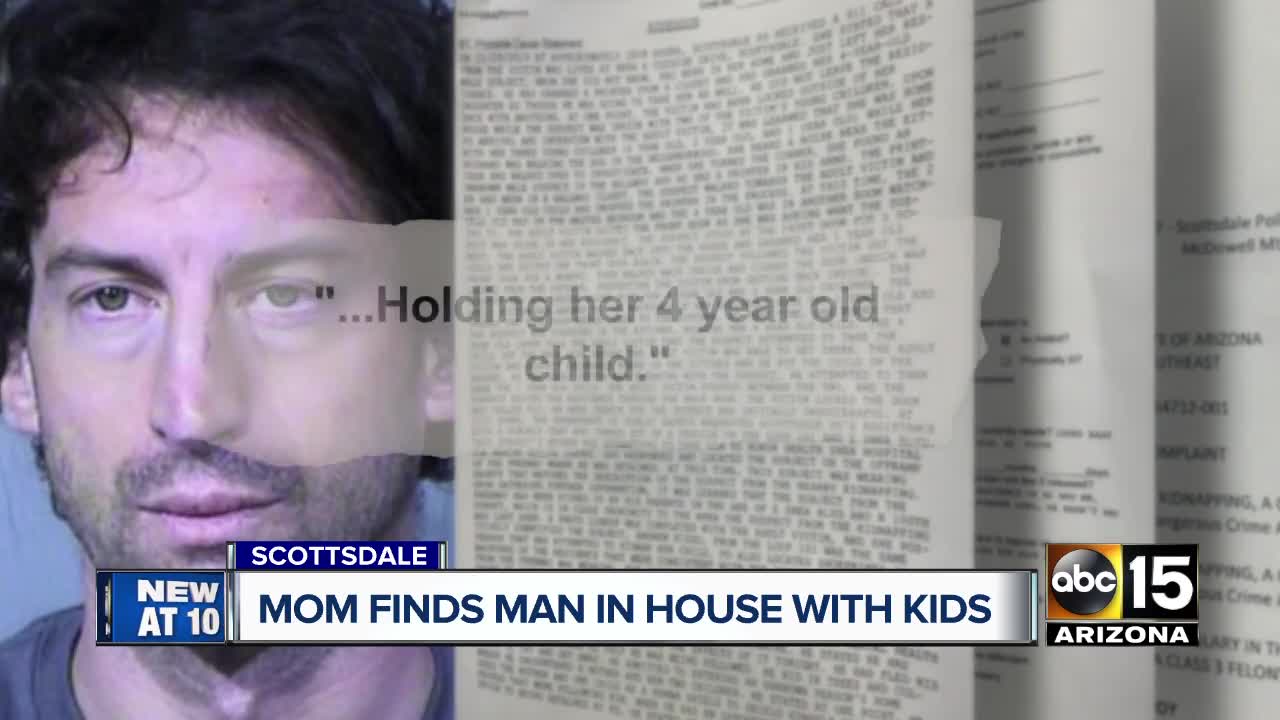 A man is facing kidnapping and assault charges after he locked a mother out of her Scottsdale home in November and attempted to leave with the woman's child. 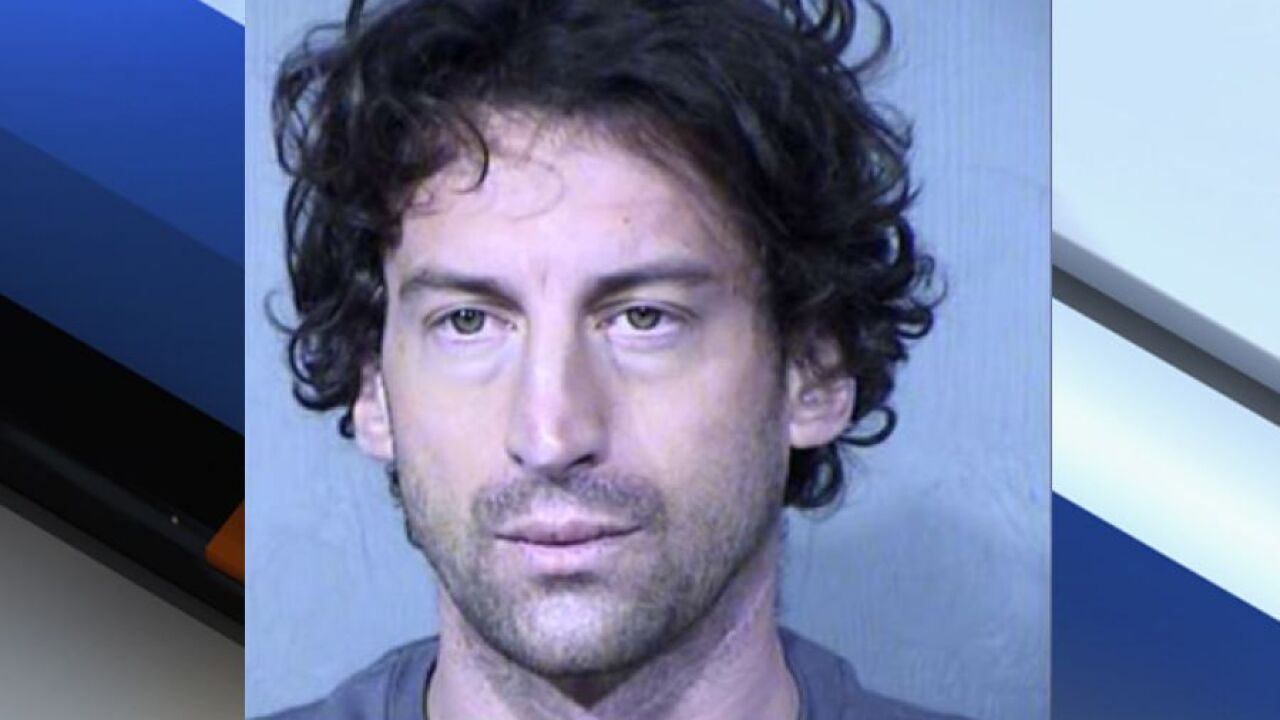 SCOTTSDALE, AZ — A man is facing kidnapping and assault charges after he locked a mother out of her Scottsdale home in November and attempted to leave with the woman's child.

According to court documents, Scottsdale police officers responded to a home near 96th Street and Shea Boulevard on November 29, around 8 p.m. in reference to a call for help.

Police say a woman who lives at the residence called 911 and said a man, whom she did not know, had been in her home and at one point grabbed a printer and her four-year-old daughter as though he was going to take her. The man, later identified as 35-year-old Andrew Rizzo, eventually left the house before police arrived.

While Rizzo was at the home, documents state that Rizzo had locked the woman out of her home at one point, and was inside alone with the woman's four-year-old who was watching television, and a two-year-old child who was in the master bedroom during the incident. The woman, who had managed to pick up her one-year-old child before being locked out from the front of the home, ran around to the back and entered the kitchen where she reencountered Rizzo.

The woman locked the back door and immediately called for the police. Officers searched the area for Rizzo but were unable to find him at the time.

Shortly before 10 p.m, troopers with the Department of Public Safety requested assistance from Scottsdale police with a man who had jumped from a moving vehicle on the Loop 101 near Shea Boulevard. The man's mother was attempting to take him to Honor Health Shea Hospital for mental health issues, according to court paperwork.

Scottsdale police located the man and took him into custody near the Shea Boulevard off-ramp. At the time, officers noticed that the man was wearing shorts that matched the description from the reported nearby kidnapping. Investigators questioned the man and learned that he had been picked up by his parents in the area of 100th Street and Shea Boulevard.

Police conducted a photo lineup with the woman from the home who was able to positively identify the man from the Loop 101 incident as the same man who had attempted to kidnap her child.

Rizzo was later booked into jail after a medical evaluation, and during his questioning by detectives said that he had not been diagnosed with any mental health problems, but admitted to smoking crystal meth. Rizzo reportedly told investigators he had smoked meth recently and was feeling the effects of it that night.

Rizzo claimed he was being followed, and before entering the victim's home, he had hidden in trees and culverts to try and get away from the people following him. Rizzo told officers he remembered entering the woman's home and stated he was trying to use the mother and one of the children as a human shield against the people he believed to be following him.

Rizzo is in custody and faces two kidnapping charges, two charges of assault, and one charge for burglary.