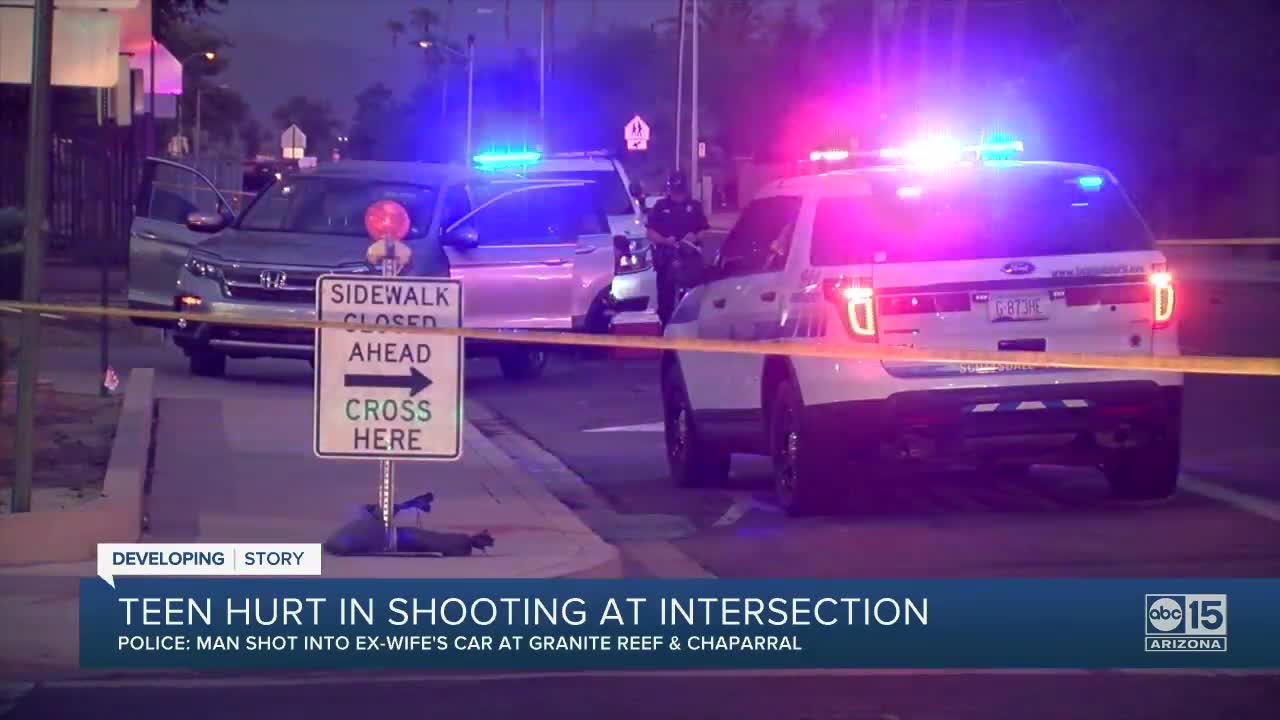 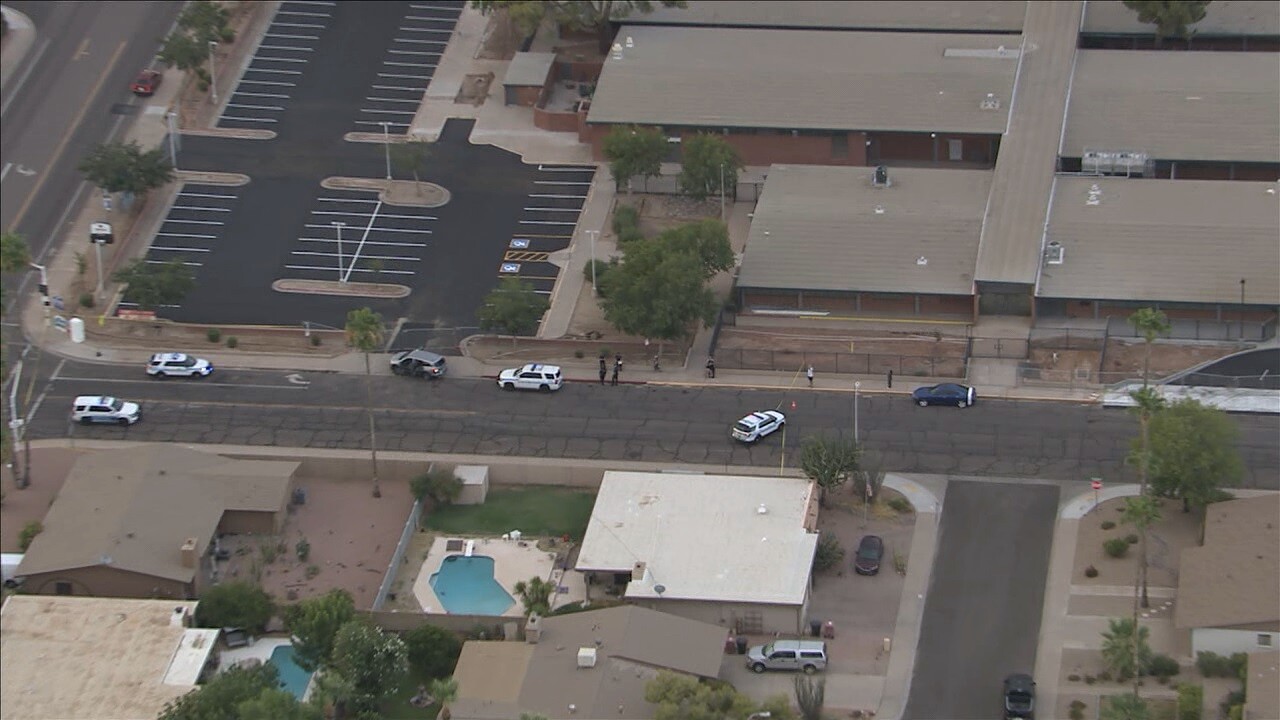 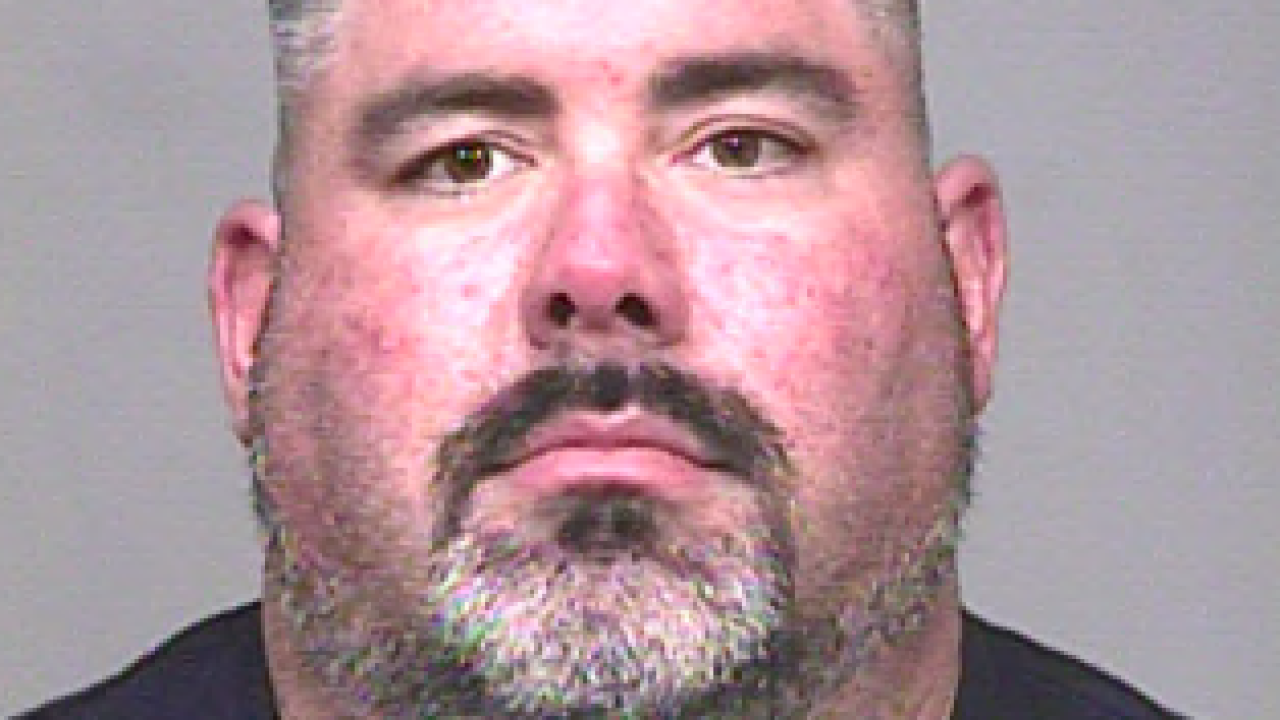 SCOTTSDALE, AZ — Scottsdale police say a teenage boy is fighting to survive after being shot by his mother's ex-husband Monday night.

Police say around 5:30 p.m., a woman called 911 saying she was driving and being chased by her ex-husband, Jason Robert Moore, 42, who was driving a separate vehicle.

At the intersection of Granite Reef and Chaparral roads, police say Moore fired shots into her car and struck her teenage son.

The teen was transported to the hospital with serious injuries. His mother and teenage sister-who was also in the car-were not hurt, police say.

We are investigating a shooting at Granite Reef & Chaparral. A juvenile male was shot and sustained serious injuries. PIO is headed to the scene.

Authorities say after the shooting, Moore took off from the scene. Scottsdale police located Moore around 9:30 p.m. near 85th Street and Indian School Road and he was taken into custody without incident.

Investigators are working to determine what led up to the shooting.

It's unclear at this time if there is a biological relationship between Moore and the two children.

WATCH LIVE VIDEO FROM THE SCENE BELOW: