PD: Toddler walking on sidewalk with parents, hit and killed by car in Scottsdale 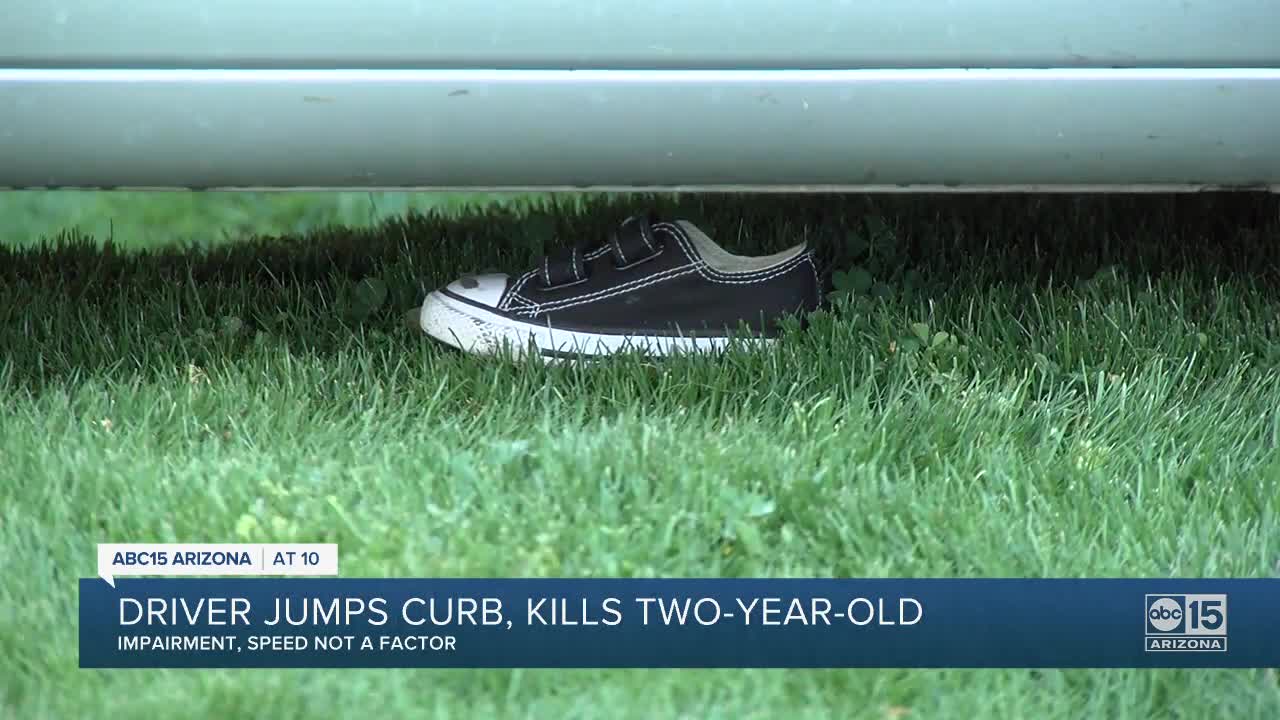 Police are investigating after a child was struck by a car in Scottsdale Saturday morning. 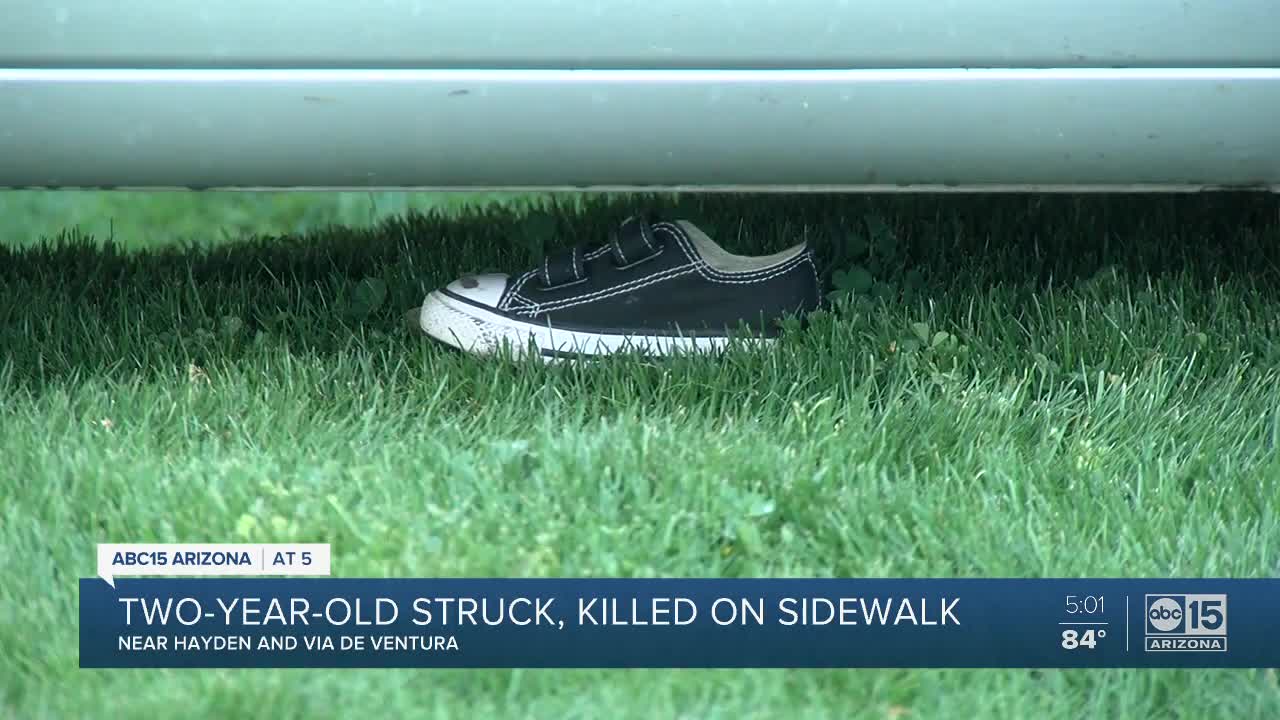 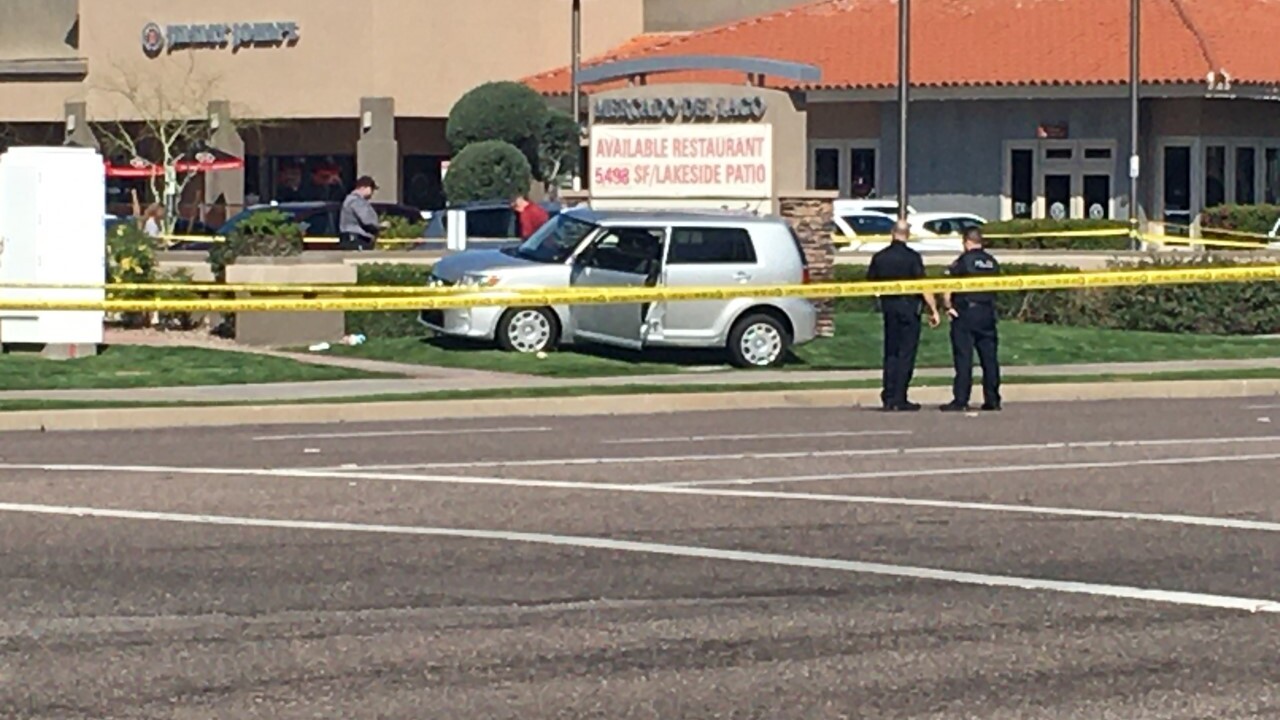 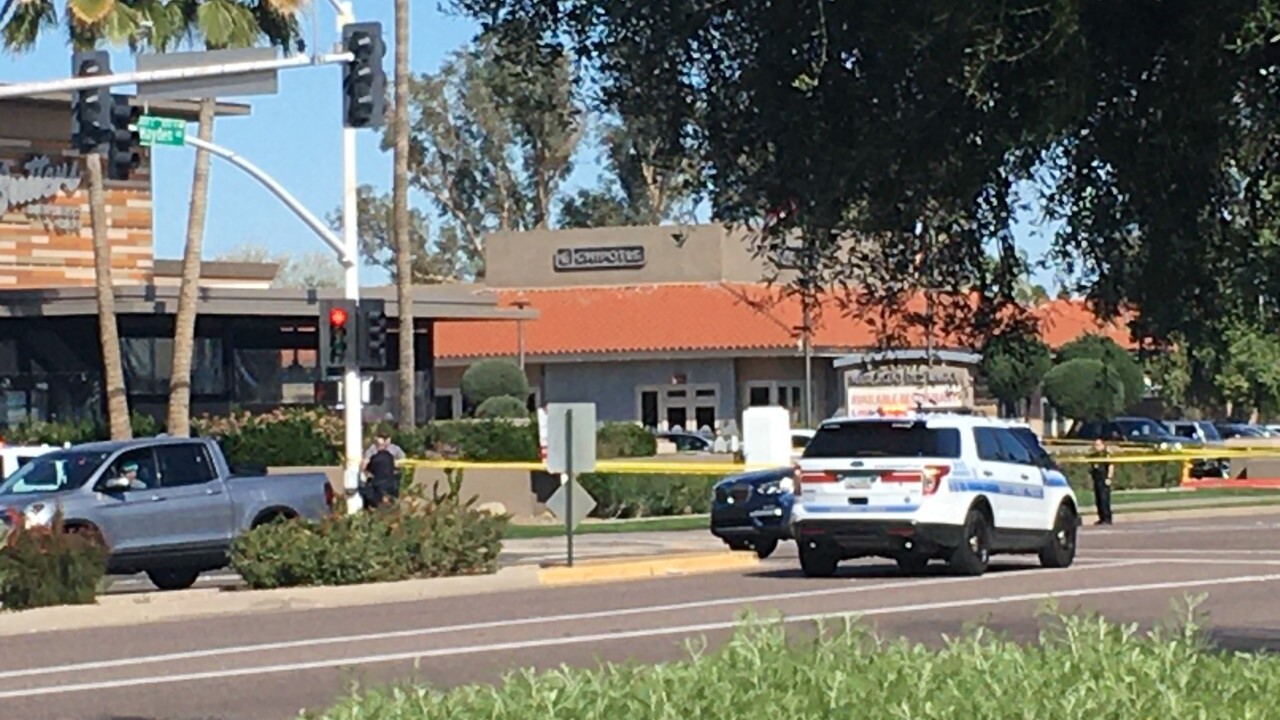 SCOTTSDALE, AZ — Police are investigating after a young boy was killed by a car while walking with family in Scottsdale Saturday morning.

The crash occurred near Hayden and Via de Ventura around 9:40 a.m.

Police say it appears the child, identified as a 2-year-old boy, was walking on the sidewalk with his parents when a silver SUV lost control and jumped the curb, hitting the family.

The child was taken to the hospital in critical condition and later died from his injuries.

Police say the driver of the vehicle, a 28-year-old woman, remained on scene and is cooperating with investigators. Speed and impairment do not appear to be factors in the crash.