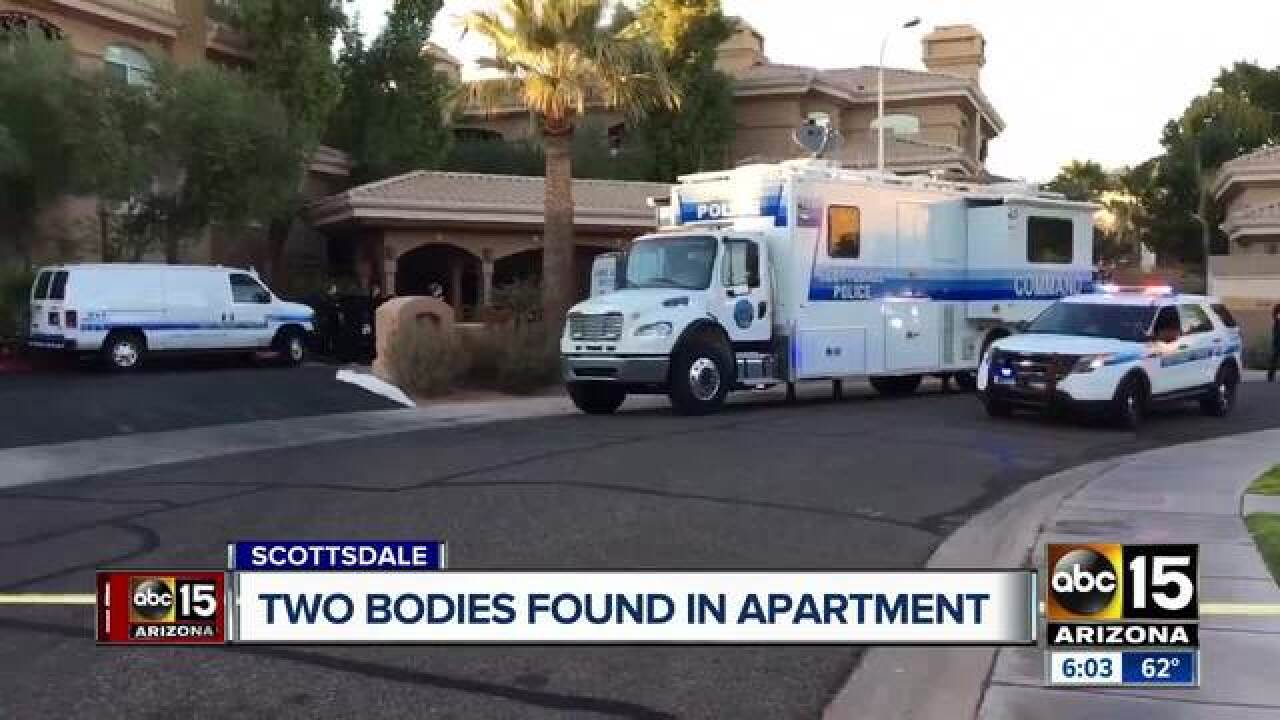 Police are investigating after two people were found dead at a Scottsdale apartment complex.

Veronica Birk, 25, and Brock Haman, 24, were found at the Cibola Apartment Complex near Chaparral and Scottsdale roads on Friday around 1:15 p.m.

Police say Birk's mother requested a welfare check after she had not heard from her in a week.

The two were reportedly found in a bathroom of the residence and they appeared to have been deceased for "some time," according to police.

Police say that evidence from the scene indicates that drug use was related to the deaths.

The cause of the deaths will be determined by the Maricopa County Medical Examiner's Office.

"It was kind of freaky to see all the crime scene tape and equipment," said Mindy Kenney, a woman visiting from Atlanta at a neighboring house used as an air B and B. "It's disconcerting because you wonder if there is a crime issue in the area or if someone is on the loose. You just don't know."

There are no outstanding suspects at this time, police said.