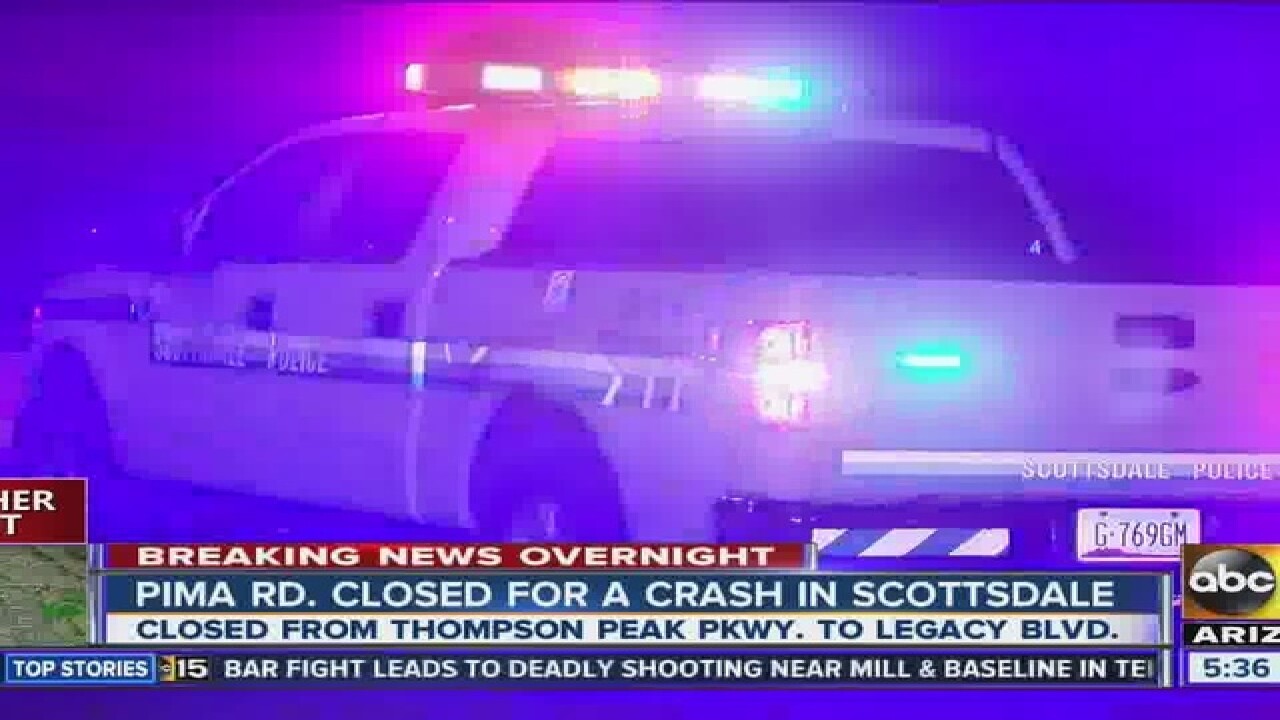 A man is facing aggravated assault charges after a crash in Scottsdale.

Scottsdale police said at 11:00 p.m. on Wednesday a vehicle with four people inside was traveling southbound on Pima Road near Thompson Peak Parkway.

As the vehicle was approaching Hualapai Drive, 19-year-old Edward Redondo jerked the vehicle, causing the car to leave the roadway and flip over.

According to police, all four occupants of the vehicle were transported to the hospital with serious injuries.

The passengers told officers that Redondo’s actions were intentional.

The 19-year-old driver is still in the hospital and will face aggravated assault charges.

The roadway was closed for seven hours but has since reopened.