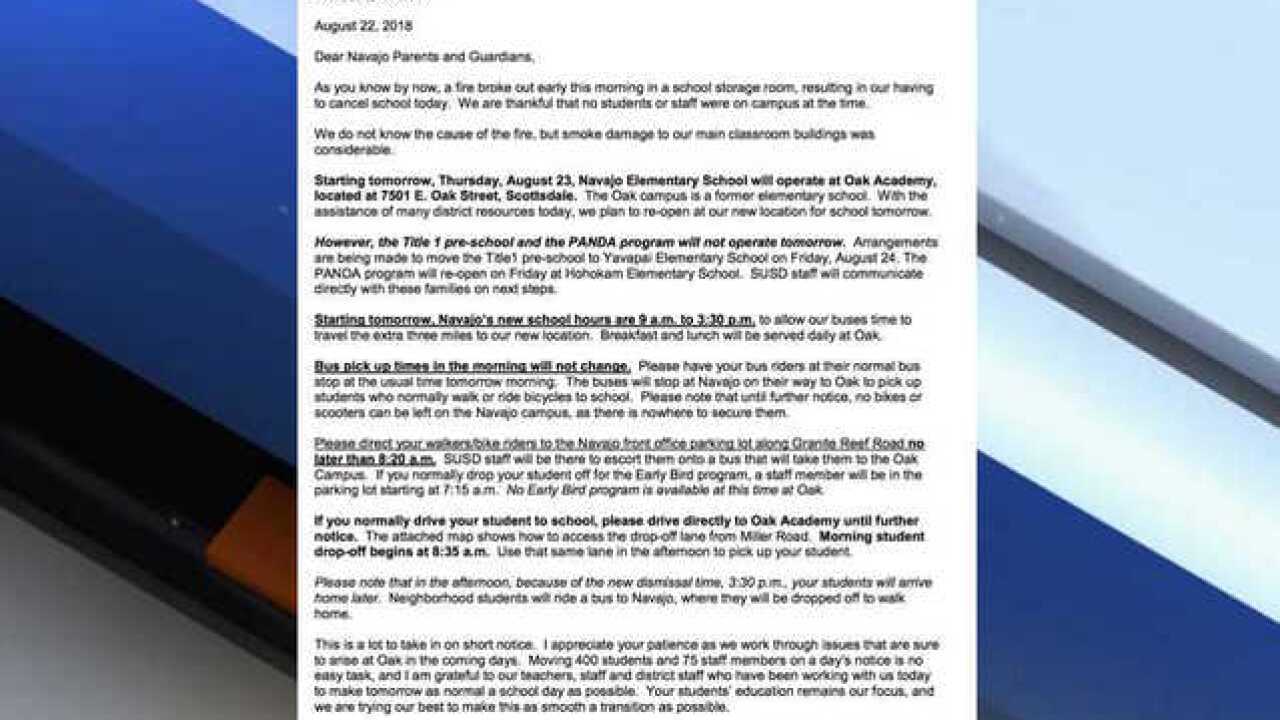 Copyright 2018 Scripps Media, Inc. All rights reserved. This material may not be published, broadcast, rewritten, or redistributed.
Courtesy SUSD 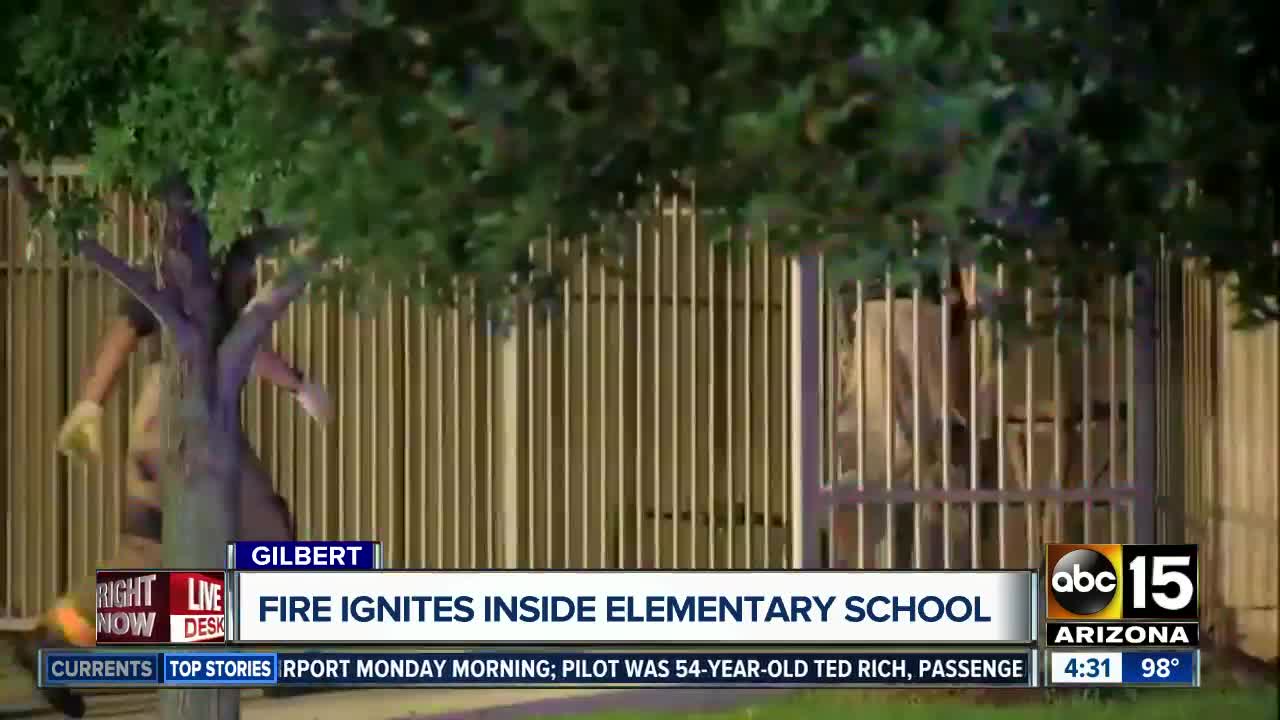 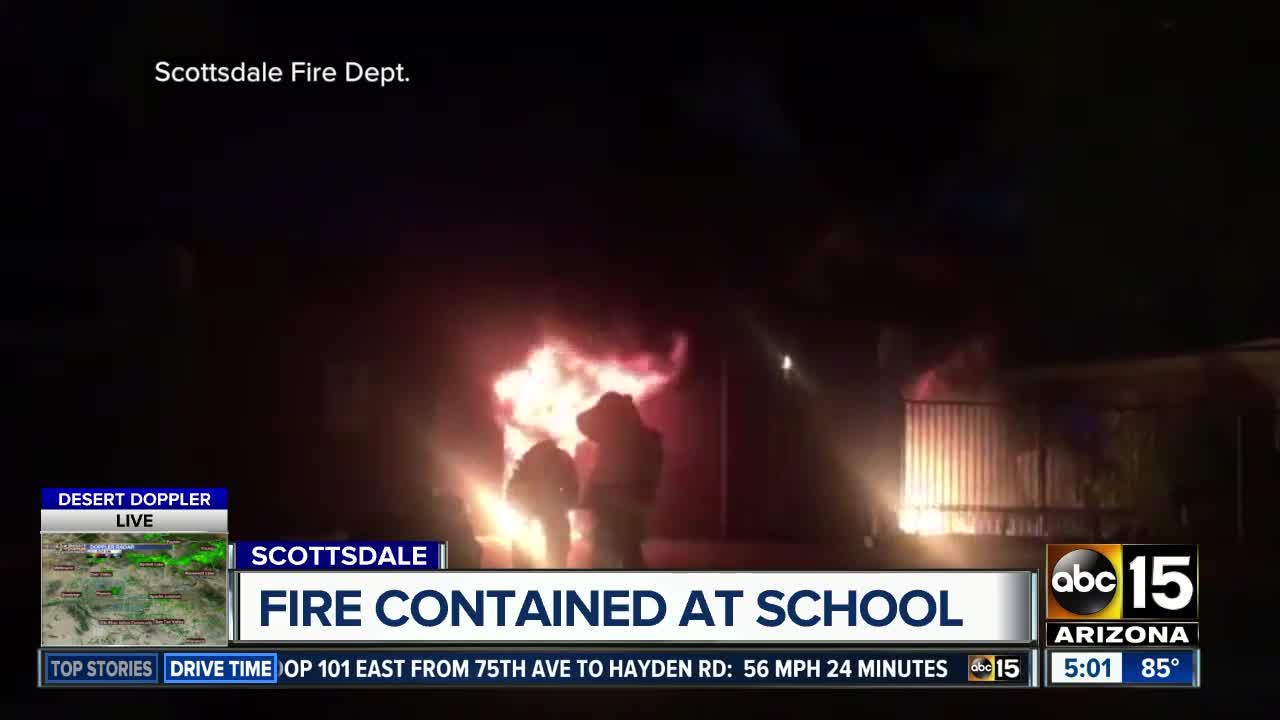 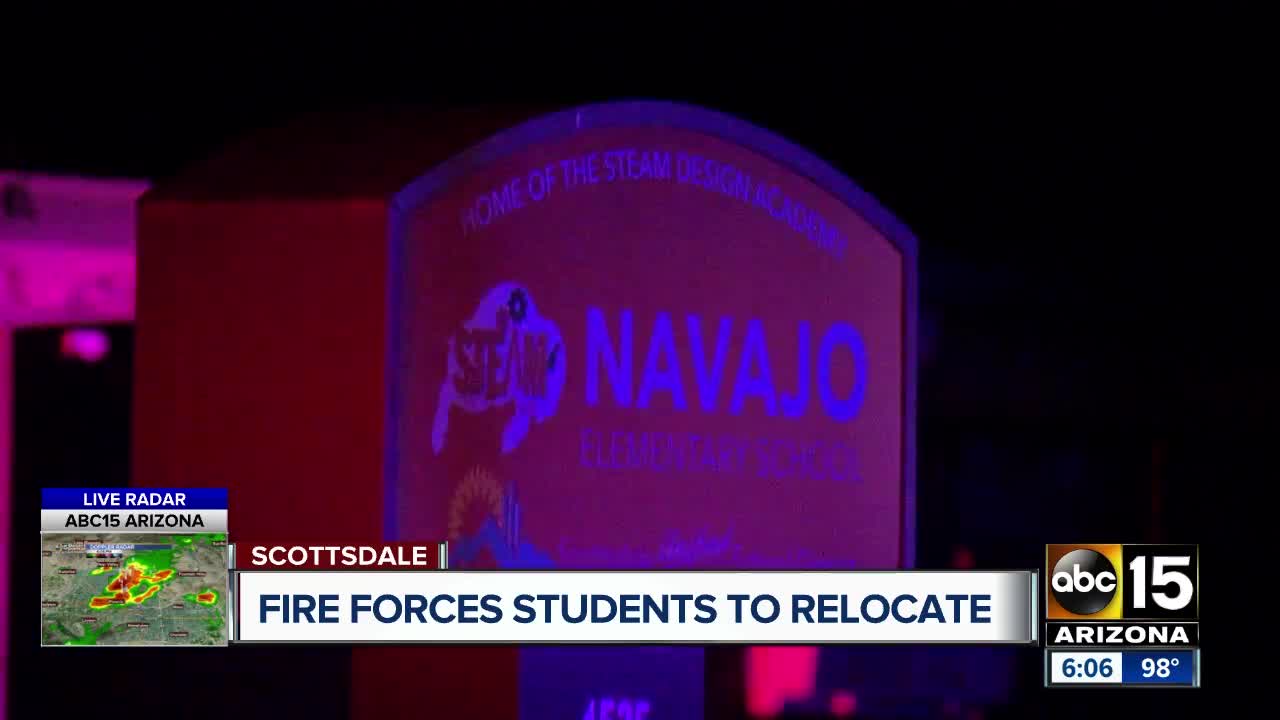 A Scottsdale elementary school will remain closed for an undetermined amount of time after a fire sparked in a storage room Wednesday.

Firefighters responded to Navajo Elementary School near Camelback and Granite Reef roads around 3 a.m. after receiving reports of a fire on campus.

According to a Scottsdale fire spokesman, the blaze started in a storage room but did not extend to the rest of the building.

The Scottsdale Unified School District, of which Navajo Elementary is a part, says the school will be closed for an unknown amount of time. A donation site has been set up for the Navajo Elementary School supplies drive.

Students will be relocated to Oak Learning Academy, 7501 E. Oak Street, until further notice. The new school hours will be 9 a.m. to 3:30 p.m. For the full message from the district, click here.

Students who ride the bus should report to their usual stops at their usual times on Thursday, according to the districts. They will be taken to the Oak campus. Parents who drop their children off should do so at Oak. Drop-off starts at 8:35 a.m.

Students who walk to school need to be at Navajo by 8:20 a.m. to catch a bus that will bring them to Oak.

Both breakfast and lunch will be served at Oak, according to a district spokesperson.

On Tuesday, Gilbert firefighters responded to Mesquite Elementary School near Lindsay and Elliott roads after a fire broke out on campus.

Gilbert fire said smoke was showing outside a building that is used as an office space on campus. When firefighters entered the building, flames were seen inside.

The building isn't located near classroom structures and did not impact classes, officials said.

There is no word as to what sparked the fire and damage estimates are unknown.

Officials have given no indication the fires are connected.