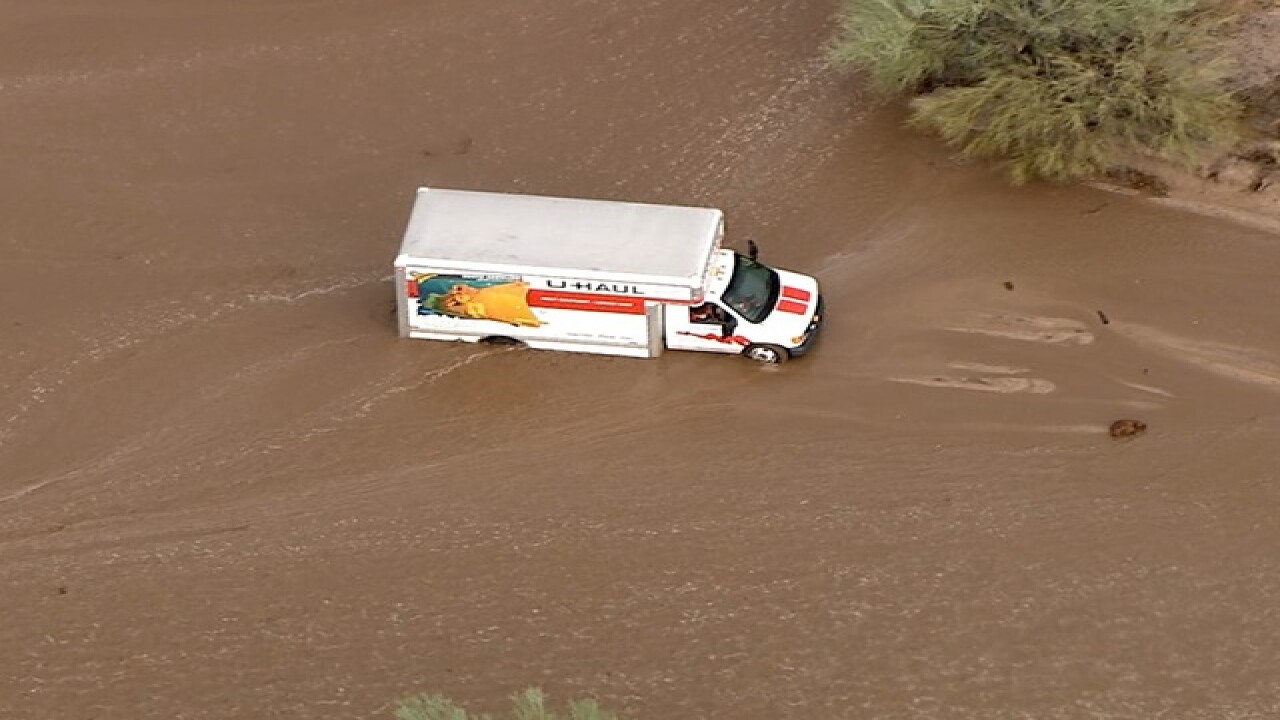 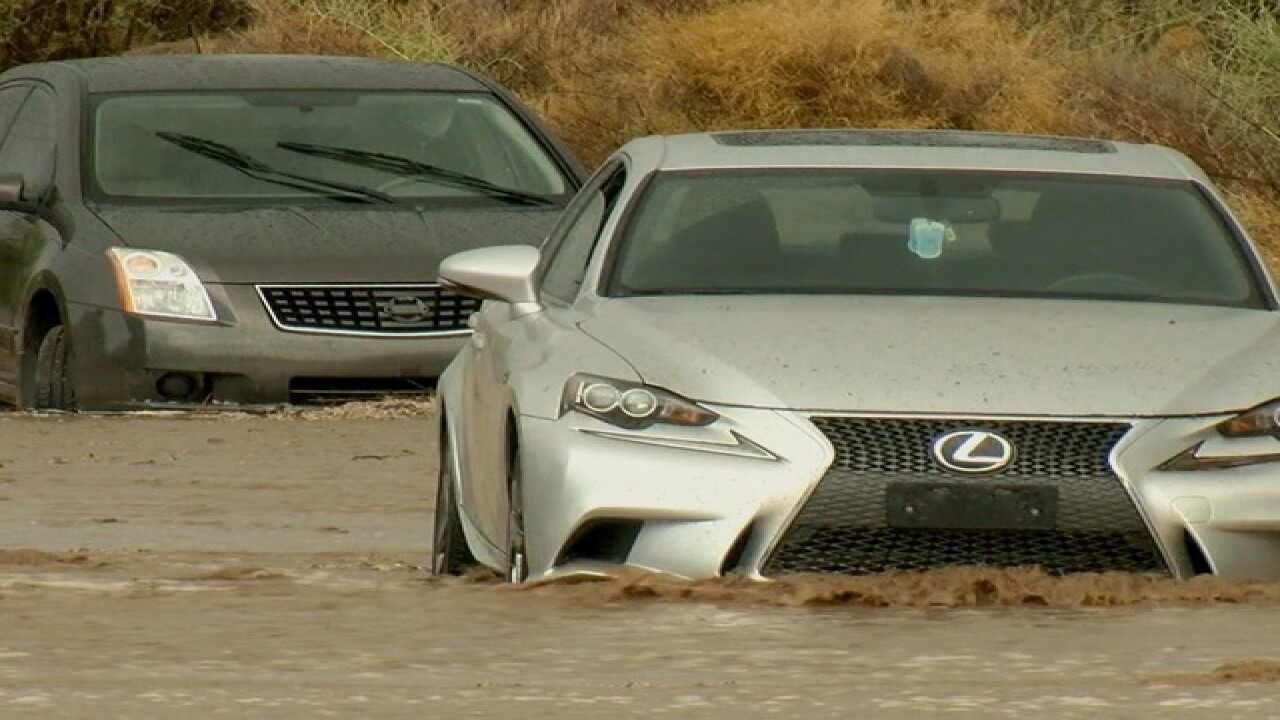 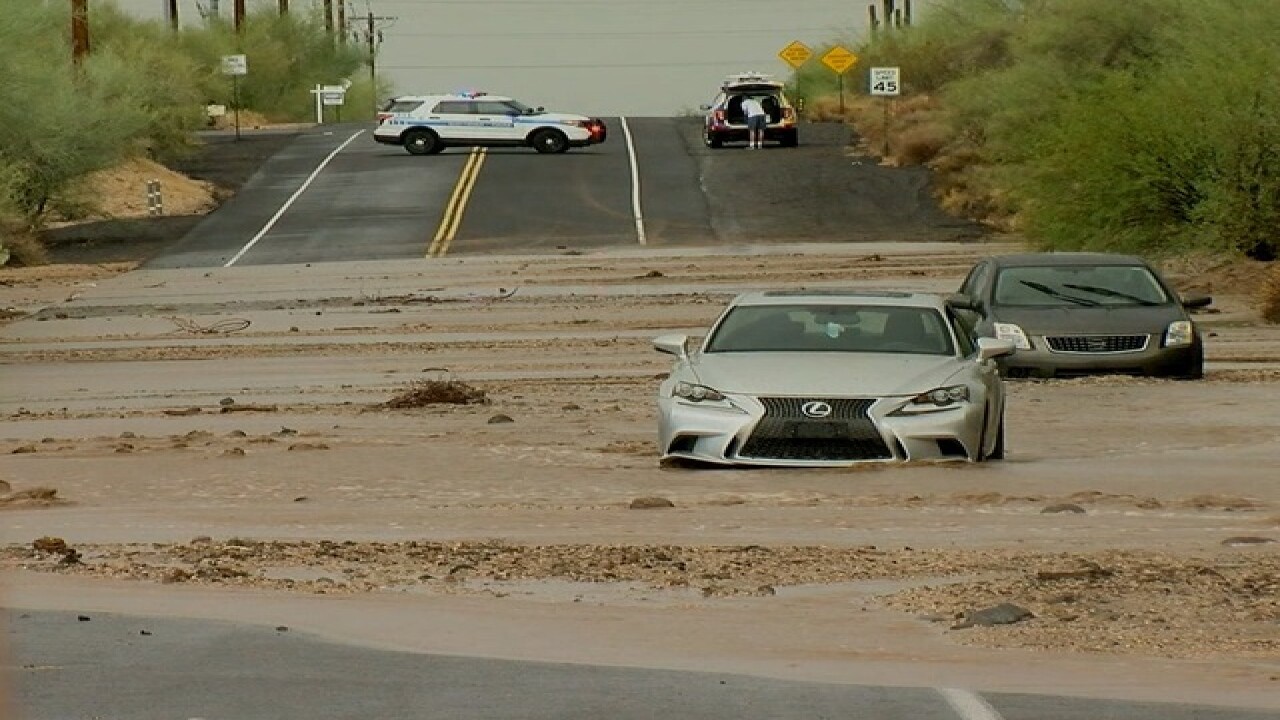 At one point, more than 3,500 APS customers were affected by outages. Check outage map.

According to Scottsdale Police, Jomax and Happy Valley roads are both shut down between Pima and Scottsdale roads. Stretches of Scottsdale Road and Pima Road were also closed, but were later reopened.

“There’s no way I’m getting through this,” said Cameron Poe, who decided not to take his low-to-the-ground Honda through a flooded Scottsdale Road in north Scottsdale near Dynamite Boulevard.

Nearby, at 61st Street and Dixileta Drive, several drivers made a different decision and then got stuck.

“I’m not going through anything like this again, ever,” said Nena McDonald after she got stuck in her SUV in a wash crossing Dixileta.  An ABC15 photographer pushed her Mercedes out of the mud, saving her from calling a tow service.

Other drivers also had to be rescued from flooded streets, including two men who were walked out of a U-Haul after the truck got stuck in rushing water near Hayden and Happy Valley roads.

See road closures and water rescue locations in map below.

Flights departing and arriving at Sky Harbor International Airport were delayed, and airport spokeswoman Heather Lissner said three flights were diverted to other airports during the peak of the morning's storm activity.