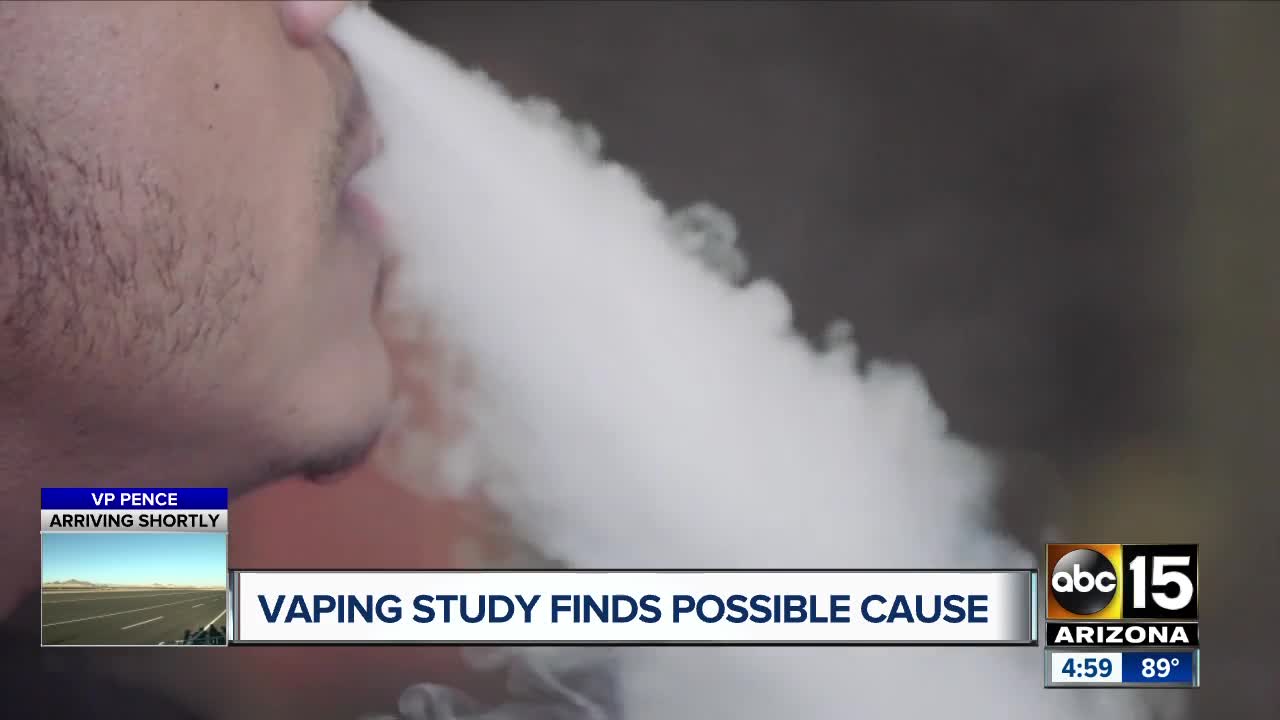 Research just released by the Mayo Clinic shows that a toxic chemical has been found in biopsies taken from patients' lungs that were being treated for vaping related illnesses. 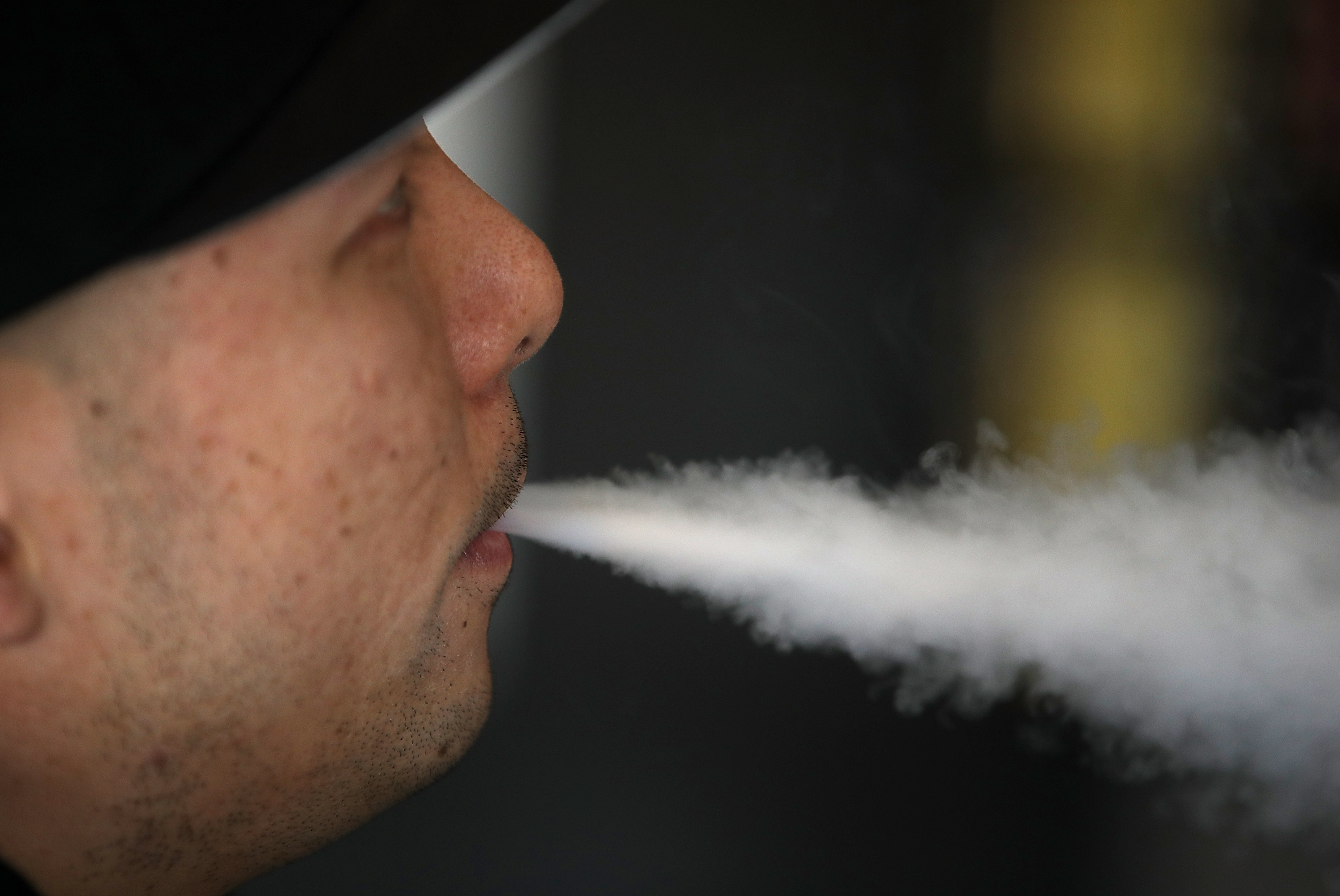 SCOTTSDALE, AZ — Research just released by the Mayo Clinic shows that a toxic chemical has been found in biopsies taken from patients' lungs that were being treated for vaping related illnesses.

The Mayo Clinic in Scottsdale conducted lab testing on 17 lung biopsies from patients believed to have a vaping related illness. All 17 biopsies showed lung injuries were most likely caused by “direct toxicity or tissue damage from noxious chemical fumes.”

Two of the 17 patients tested have died from their injuries, according to the Mayo Clinic.

WATCH IN THE PLAYER ABOVE: Dr. Brandon Larsen, a surgical pathologist at Mayo Clinic Arizona, explains the injuries seen from vaping.

The study also shows that no evidence was found that links the illnesses to the accumulation of lipids (fatty substances such as mineral oils), which has been suspected as a possible cause for lung related injuries.

"While we can't discount the potential role of lipids, we have not seen anything to suggest this is a problem caused by lipid accumulation in the lungs. Instead, it seems to be some kind of direct chemical injury, similar to what one might see with exposures to toxic chemical fumes, poisonous gases and toxic agents," said Brandon Larsen, M.D., Ph.D., a surgical pathologist at Mayo Clinic Arizona, and a national expert in lung pathology.

More than 800 lung injury cases associated with electronic cigarette use, or vaping, over the past few months have been reported by the Centers for Disease Control and Prevention.

Of the 17 biopsies that were examined, two were reportedly from Mayo Clinic patients. The others were from hospitals around the country that were sent to Mayo Clinic for evaluation.

"We were not surprised by what we found, regarding toxicity," says Dr. Larsen, senior author of the study. "We have seen a handful of cases, scattered individual cases, over the past two years where we've observed the same thing, and now we are seeing a sudden spike in cases. Our study offers the first detailed review of the abnormalities that may be seen in lung biopsies to help clinicians and pathologists make a diagnosis in an appropriate clinical context."

Dr. Larsen says that based on their testing, the Mayo Clinic believes that most cases of vaping associated lung injuries are caused by “toxic byproducts or other noxious agents” within vape liquids.

"Everyone should recognize that vaping is not without potential risks, including life-threatening risks, and I think our research supports that," Larsen says. "It would seem prudent based on our observations to explore ways to better regulate the industry and better educate the public, especially our youth, about the risks associated with vaping."