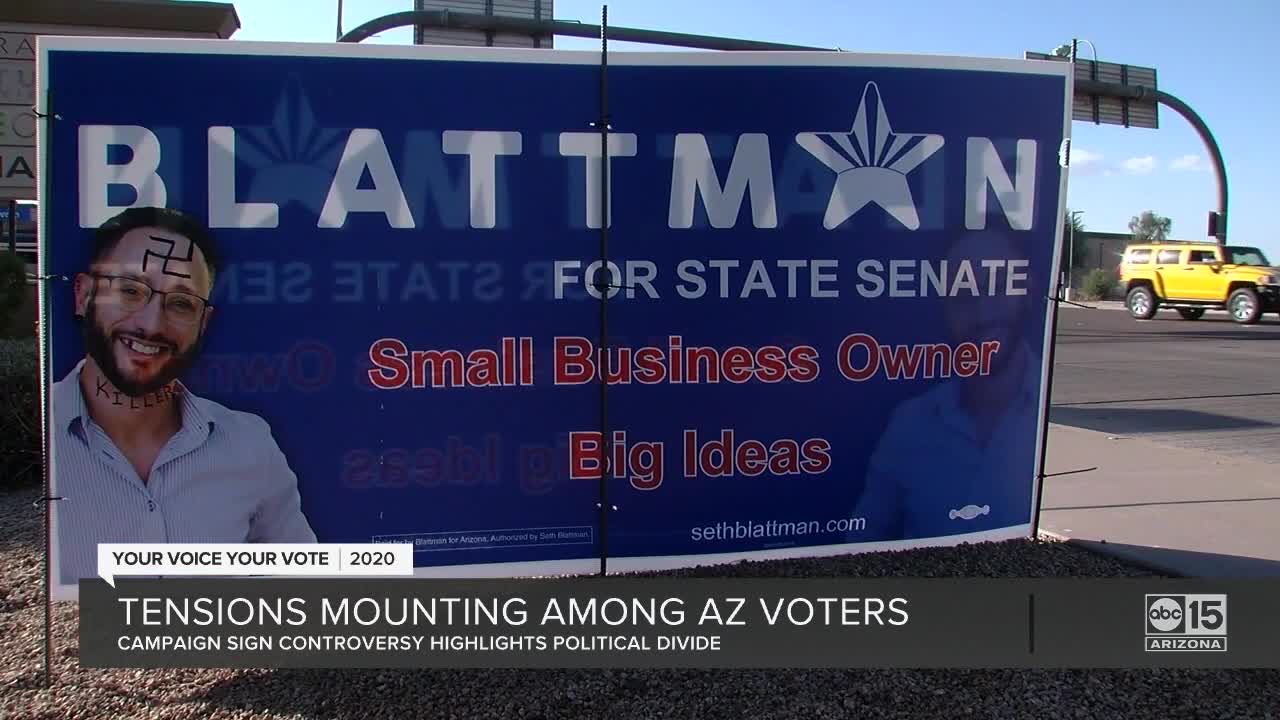 An Arizona legislative candidate is saddened and embarrassed after one of his political signs was vandalized by anti-Semitic markings. 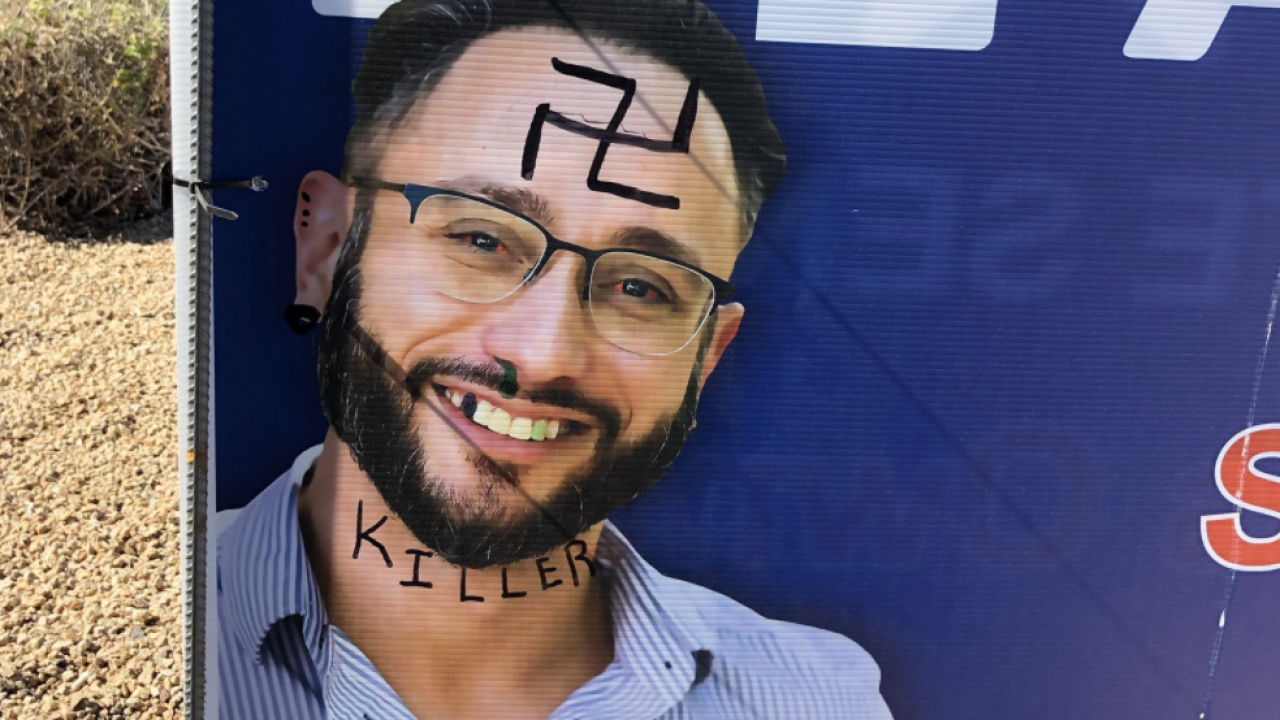 SCOTTSDALE, AZ — An Arizona legislative candidate is saddened and embarrassed after one of his political signs was vandalized by anti-Semitic markings.

Seth Blattman is a candidate for Legislative District 23 and he's Jewish. Friday, he posted a picture on Twitter showing a campaign sign of his near Frank Lloyd Wright Boulevard and the Loop 101 freeway vandalized with a swastika and the word "killer."

My face is on the sign but I understand this is an attack on more than just myself. With that in mind I have a responsibility. The incident has been reported to the Anti-Defamation League, the Phoenix Holocaust Association, and tomorrow we will be contacting the Scottsdale Police pic.twitter.com/ZuZOpWdG5r

"I have a great aunt who survived the Holocaust. She was a kid. I also had family who died in the Holocaust," said Blattman. "For Jewish people, it's a little special. It means hate, but directed at you. It's the worst thing you could show or say to a Jewish person."

Blattman reported the markings to Scottsdale police, who asked him to leave the sign up for police to look at for their investigation. He plans to take it down as soon as possible.

"It’s sad to see, and it doesn’t make you feel safe either," said Blattman. "It’s embarrassing, you know, and it’s such a terrible symbol I didn’t want it out there. I wanted to cover it up."

"Even after doing this for 13 years, I’m still shocked when I see something like this," said Tammy Gillies, Interim Director at the Anti-Defamation League in Arizona. "We would like to see a lot more civil discourse. We can certainly disagree on the issues. Nobody has to agree, and that’s why there’s so many candidates in different areas. We need to lead by example."

Blattman's opponent, Michelle Ugenti-Rita, backed out of an interview with ABC15 and didn't respond to questions about whether or not she condemns the anti-Semitic markings. She happens to be a strong supporter of President Donald Trump, and the president's failure to condemn anti-Semitic behavior has drawn widespread criticism in his first term.