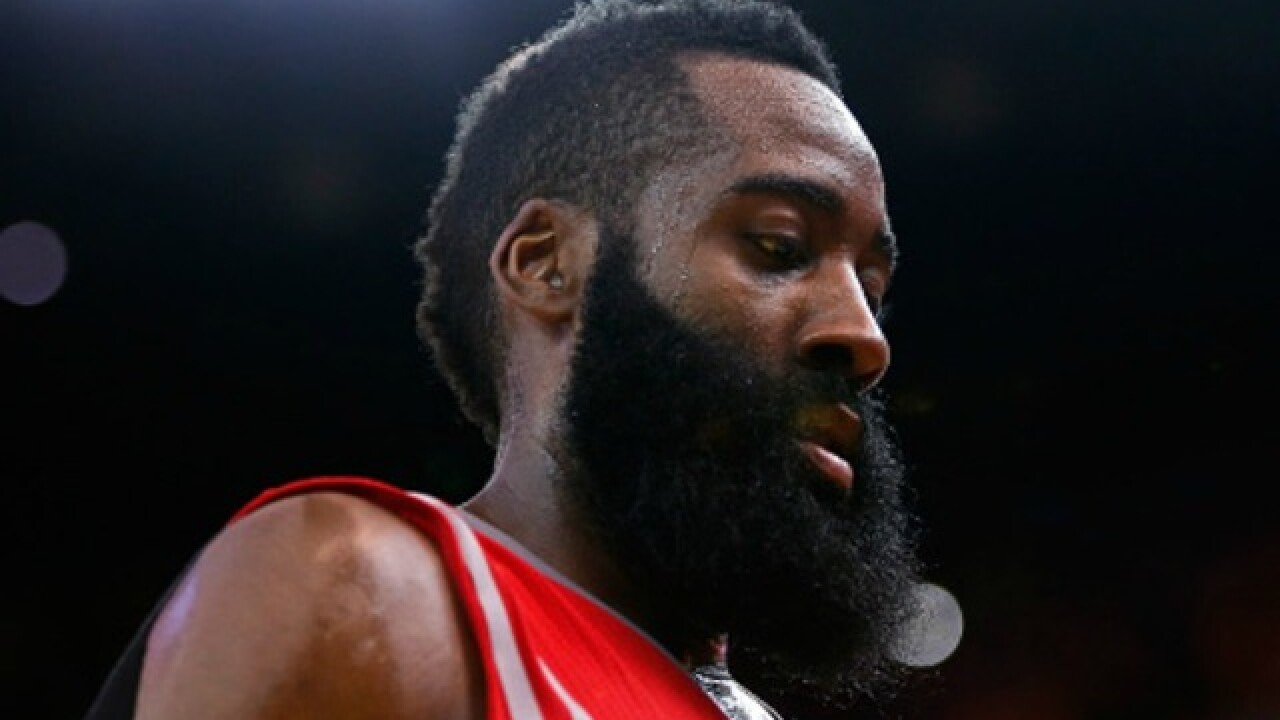 NBA star James Harden was reportedly involved in an incident at a Scottsdale club over the weekend, according to Monday reports.

TMZ Sports reports that a woman was at Mint nightclub around 2:30 a.m. Saturday when she noticed a member of Harden's group getting into a fight and began recording on her phone.

In the story, the woman claims that when Harden noticed what she was doing, he tried to grab her phone away "so she couldn't sell the footage to TMZ." and threw it on the roof of the club.

In a statement, Scottsdale police said Harden was listed in the report "but it is far too early in the investigation to comment on the scope of his involvement," according to spokesman Kevin Watts.

Watts said the incident report, which is for criminal damage, was not yet available because the investigation was ongoing.

Harden is not considered a suspect, according to police.