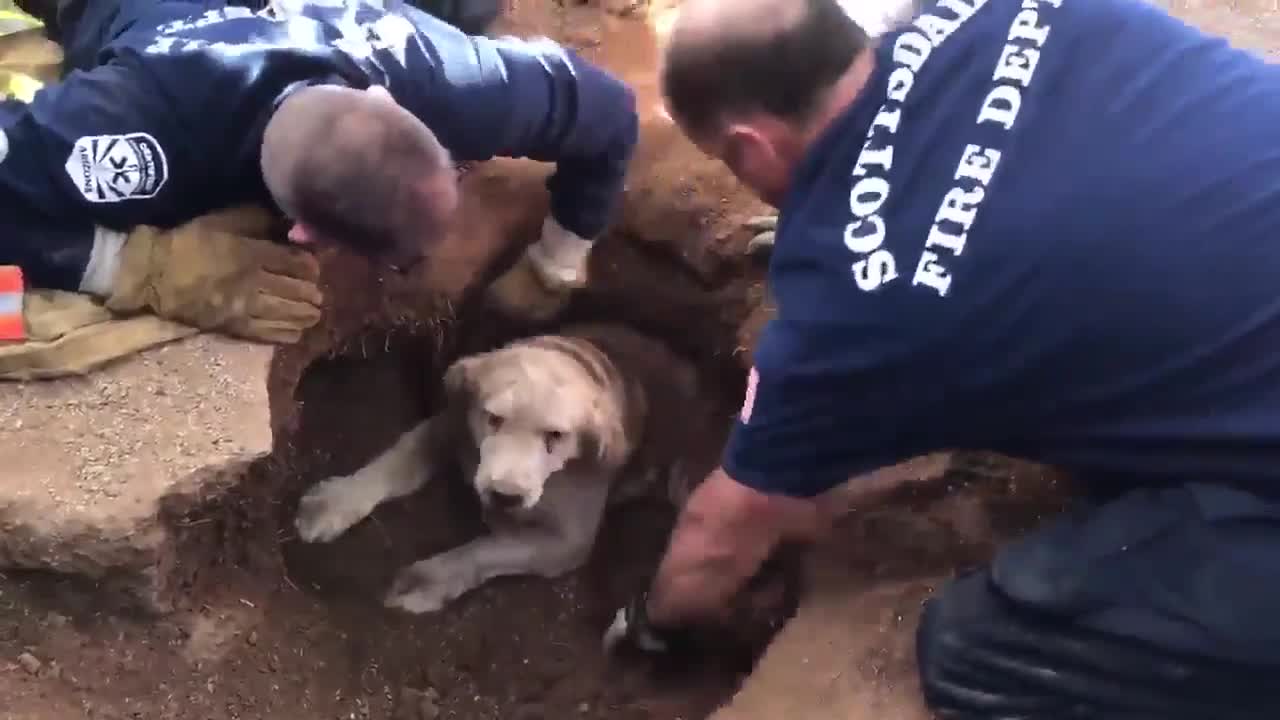 With everything going on right now, our first responders are still taking all kinds of calls... Like this Golden Retriever that crawled into a hole to chase her ball and couldn't get out. Luckily after more than 20 minutes, the Scottsdale Fire Department was able to free her! 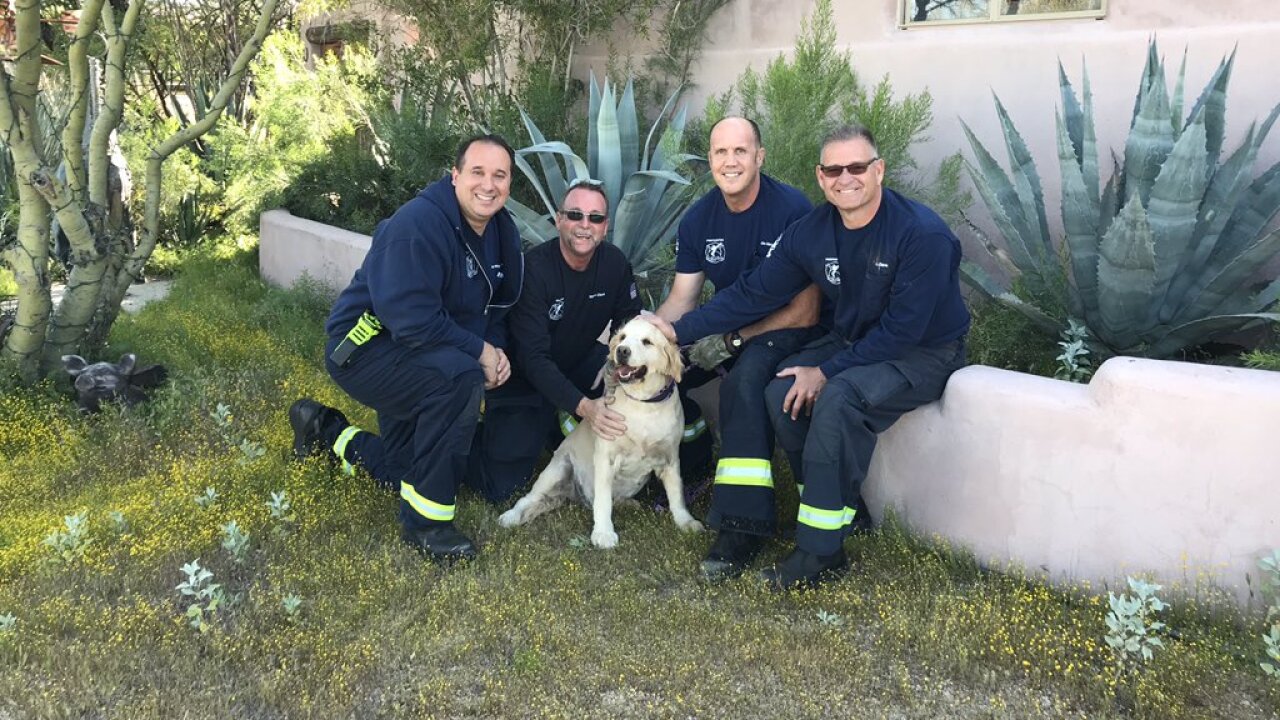 The firefighters were called to a home Friday morning after a Golden Retriever, named Quinn, went down a hole to retrieve her ball and got stuck.

According to video and photos from the scene Quinn made her way pretty far down the hole. About 4 feet, according to Scottsdale FD.

It took crews over 20 minutes to dig her out.

Fire crews coming up with a plan to remove a golden retriever dog from a large hole underground. After chasing her ball into a hole she couldn’t turn around or back out. Crews slowly removed dirt for 20 minutes to free her. We are here ready to serve our community. #WeCareForYou pic.twitter.com/UULVOZgxlH

We're told Quinn was not hurt, although she may be a little embarrassed. It's unclear is she ever got her ball back.

We are an All Hazards Fire Department ready to serve our community, L615 B/Shift ran on a Golden Retriever that crawled into a hole to chase her ball and couldn’t get out. We dug for over 20 minutes to get her out. This video is what we had upon arrival. She was not injured. pic.twitter.com/4suswCfNQt