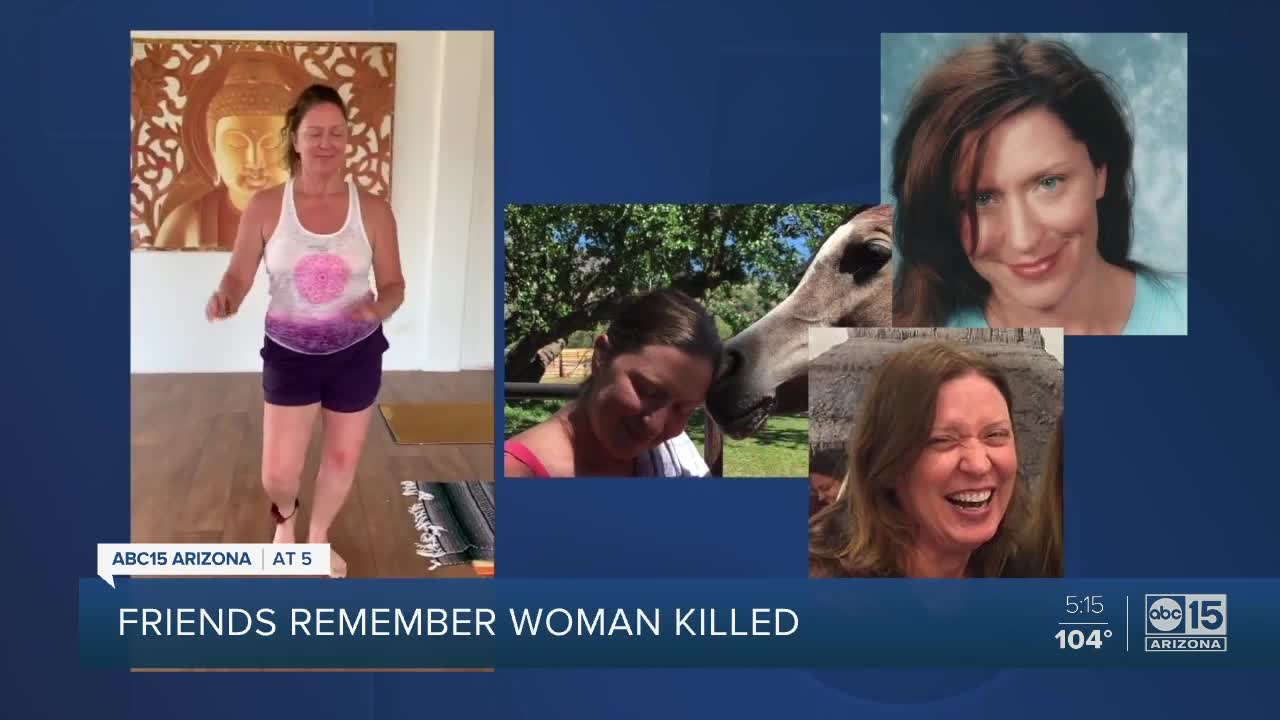 Friends remember woman killed during a murder-suicide in Scottsdale. The suspect killed a second person and eventually took his own life.

SCOTTSDALE, AZ — Friends are mourning the loss of a Valley woman gunned down in a driveway by her own brother.

McCarthy's friends were stunned to hear the tragic news. They are now sharing stories that may shed some light on what led up to this family dispute that turned deadly.

Paul Cavanaugh and Robert Frasure both worked with McCarthy in the Information Technology department for an insurance company. They described her as smart, compassionate, and full of life. Frasure said McCarthy had a heart for serving humanity, and she was at a place in her life where she felt a sense of peace and balance.

"Cheryl was a rock in everyone's life," he added.

Cavanaugh, who had known McCarthy for almost 15 years, said that his friend felt it was her responsibility to help wherever she could.

Both men describe McCarthy as a woman who showed everyone how to live a balanced life and find peace within the everyday chaos.

"She was stolen from us, she was taken from us," said Cavanaugh of his friend.

McCarthy was gunned down on May 28. While police have not released an official motive for the crime, friends say McCarthy had been experiencing tension in her relationship with her younger brother.

"She didn't even know it was coming. Shot from behind as far as what we've been told," added Frasure.

Friends also said McCarthy helped support Roger Lee Paris financially after he got into some legal trouble about two decades ago.

"He was convicted of a financial crime. Because of that, it carried penalties and kept him from being able to secure a job and things like that," said Cavanaugh.

Friends also told us McCarthy and her brother both helped care for their elderly aunt, who had recently lost her husband and also suffered from dementia. McCarthy had been planning to move their aunt to Washington State to live with extended family members. Plus, she was planning to take a leave of absence from work in order to travel to other countries. However, that dream ended violently, at the hands of someone she loved.

"Cheryl thought about others, her brother did not. Her brother thought about himself. This act speaks of a level of selfishness that goes beyond, really, comprehension," said Cavanaugh.

Scottsdale police say they are still investigating the incident.