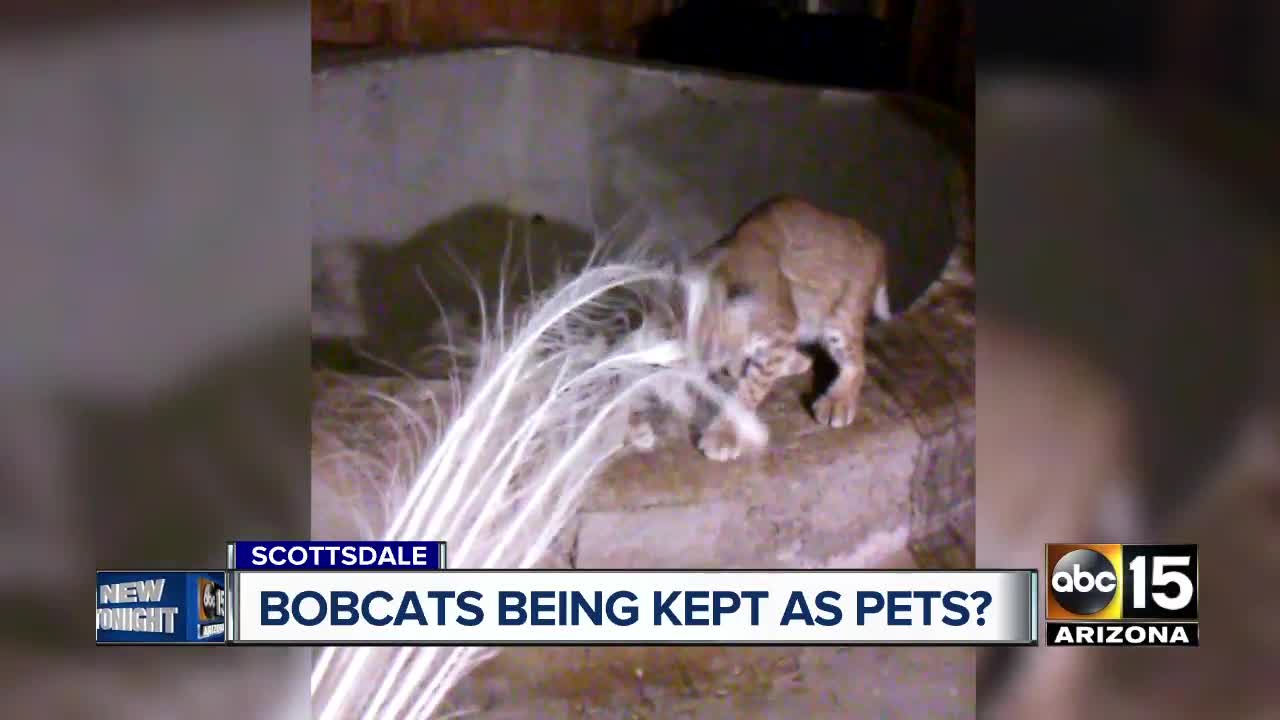 ABC15 looked into reports of a Scottsdale man keeping bobcats as pets, which is illegal in the state of Arizona. 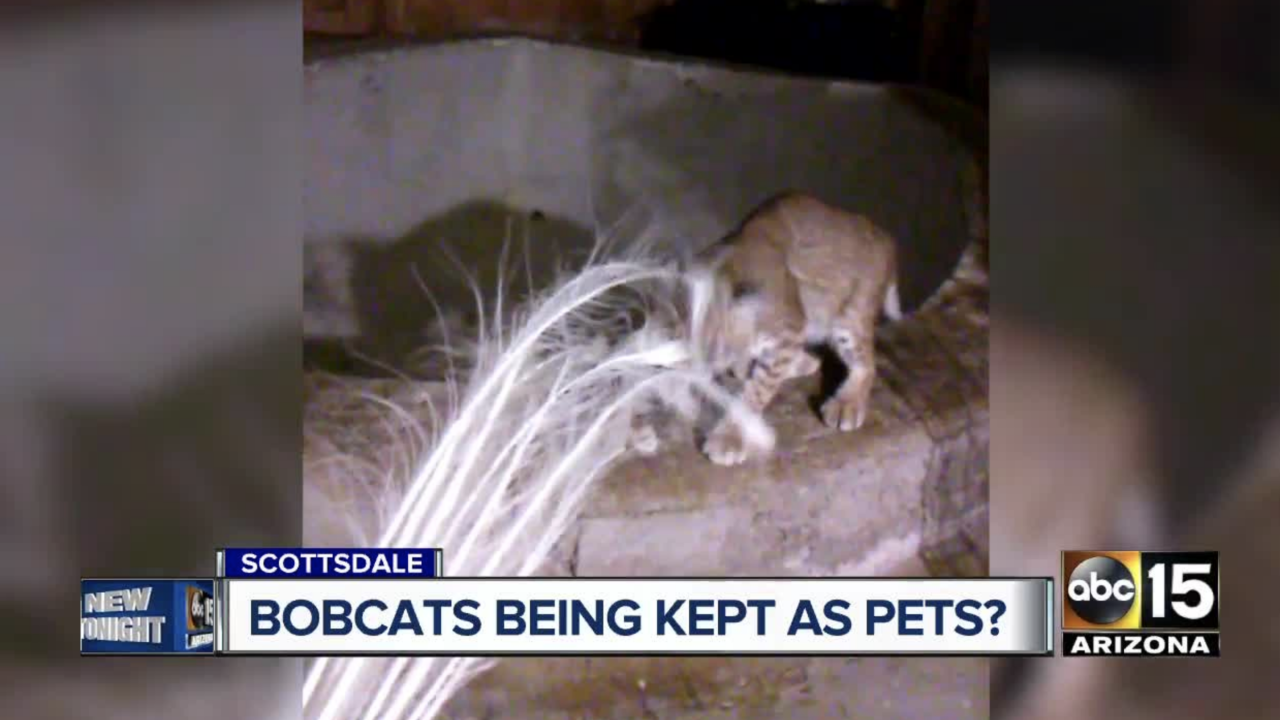 SCOTTSDALE, AZ — A Valley family is accused of owning multiple bobcats as pets. A former neighbor and tenant are sounding the alarm.

Arizona has some of the highest bobcat densities in the nation. Sightings are often shared on neighborhood Facebook pages, but almost always in the wild -- not playing in bathtubs or on living room couches, like in the videos taken by Victoria Fell.

"He calls them the kitties, actually. But they are definitely bobcats," said Fell, referring to her old landlord. "I watched them grow into pretty much full-size bobcats."

Fell said she was asked by her neighbor and landlord to feed the cats for more than a month.

"He was going on vacation, and he asked if I would be able to feed the bobcats while his family went on vacation," she said.

The diet for these typically ferocious felines is not your average cat food.

Owning bobcats is illegal in Arizona. The Arizona Game and Fish Department has bobcats on their restricted live wildlife list, but officials tell ABC15 they only bust one or two people domesticating the animals each year.

Professors and students can obtain a permit to have bobcats for scientific study.

"I assumed that he had a permit of some kind. It didn't really dawn on me until later when he said he was going to trap another bobcat to mate with the others. And that was a big concern for me," said Fell.

When ABC15 called the alleged owner of the cats, he hung up right after the reporter identified himself. Fell says she reported the problem.

Game and Fish says they cannot comment on specific investigations.

"They're going to have to be in a sanctuary because domesticated cats cannot go back into the wild," said Fell.

Now if caught with bobcats or other restricted wildlife, owners will go to court and could face fines, but likely little to no jail time.