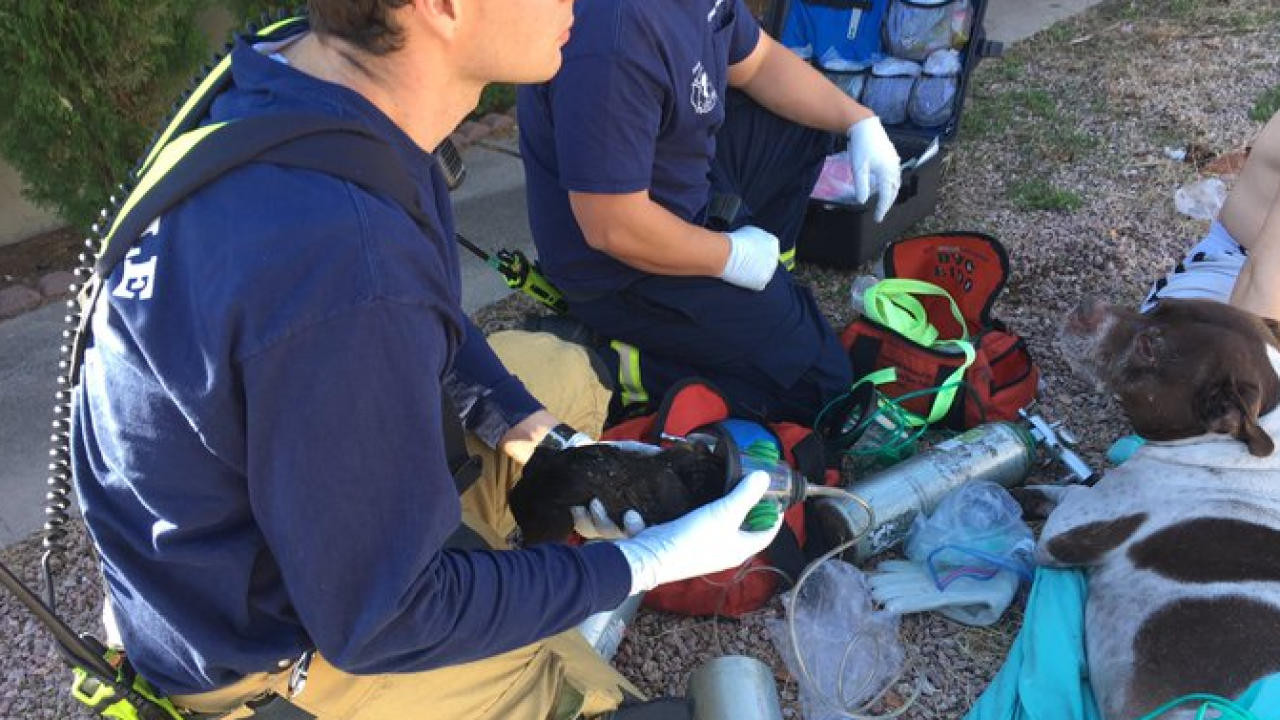 SCOTTSDALE, AZ — A woman and several animals are recovering after being rescued from a house fire in Scottsdale Sunday morning.

Firefighters were called to the scene near 84th Street and Camelback road around 11 a.m.

The woman was transported to the hospital to be treated for burn injuries, firefighters say.

Several pets inside the home were also treated by emergency crews on scene.

Scottsdale Fire Crews are on a house fire at 84 st and Camelback Scottsdale Fire paramedics have transported one female burn victim to the hospital. Fire crews are treating several animals they pulled from the house . pic.twitter.com/wCrAsaJP3D