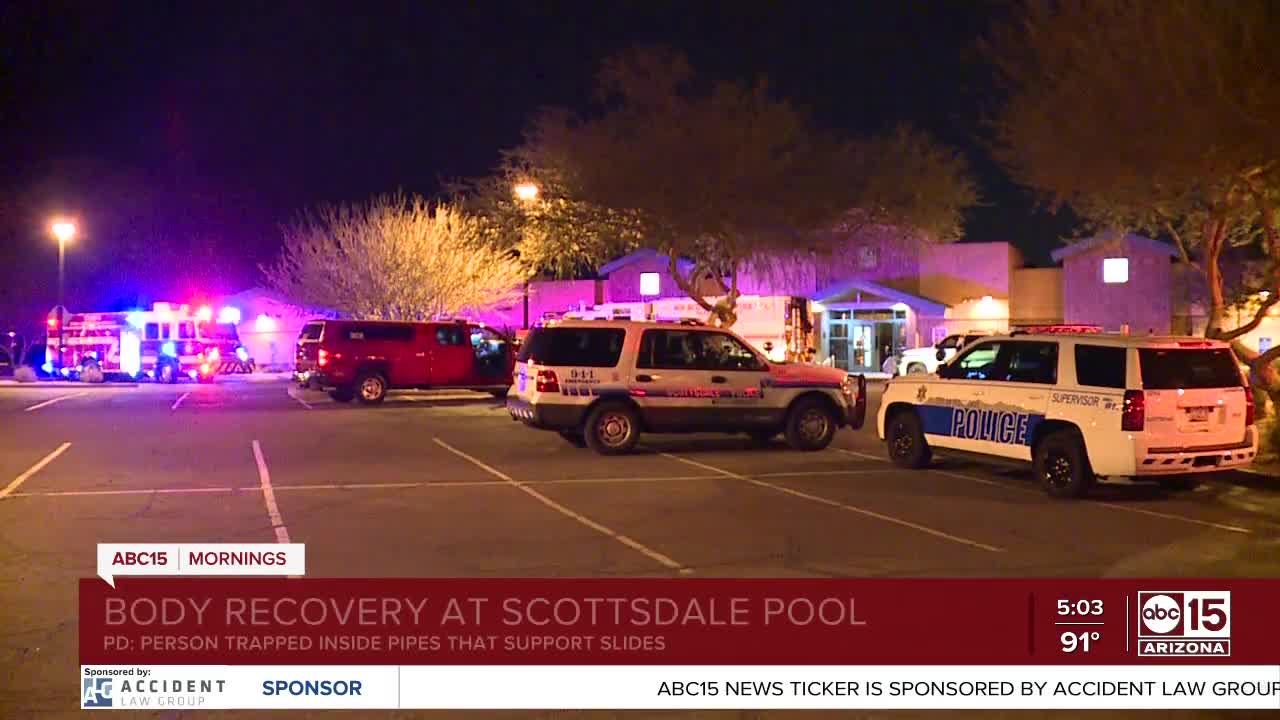 Fire officials are working to recover the body of a person trapped in a support pipe at a Scottsdale aquatic center. 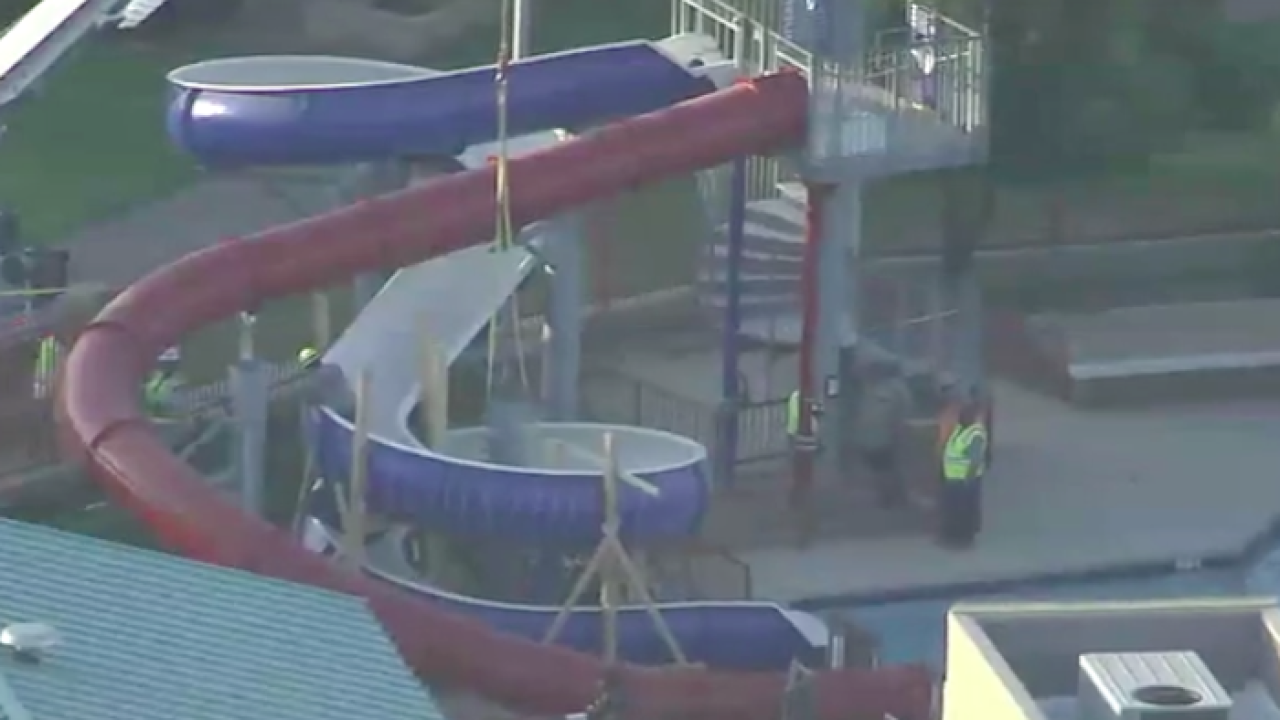 SCOTTSDALE, AZ — Emergency crews have recovered a body after an incident at a Scottsdale aquatic park.

Scottsdale police say around 12:30 a.m., an officer was making rounds in the area when he heard what sounded like muffled calls for help.

Officers were communicating with the victim, believed to be a transient, but lost communication with him around 2 a.m.

Officials say the man reportedly went up over a tall fence surrounding the park and was up on the slide. He then somehow got into the pipe structure where he became trapped.

Crews had to dismantle the slide in order to get the victim’s body out.

He has since been identified as 31-year-old Ryan Kelly. A medical examiner will determine Kelly's official cause of death.