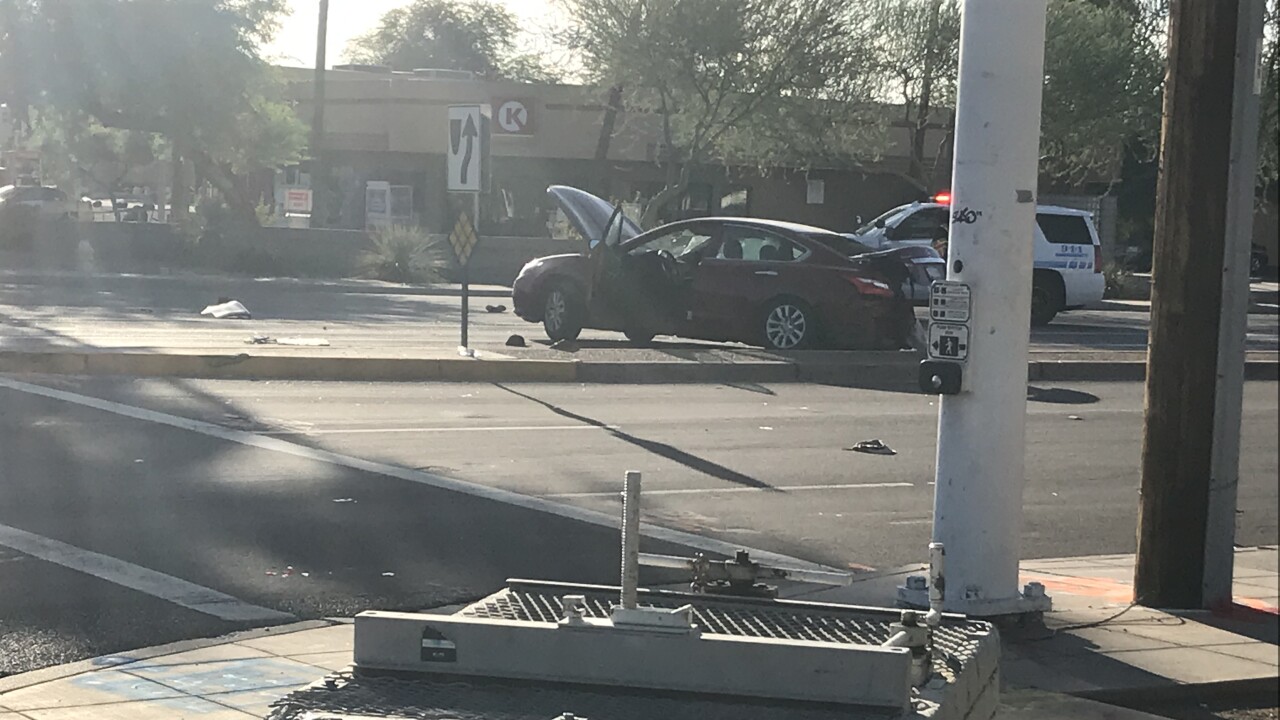 SCOTTSDALE — The intersection of Hayden and McDowell roads was closed for several hours Sunday morning while Scottsdale police investigated a fatal crash in the area.

A spokesperson from the Scottsdale Fire Department said Scottsdale and Tempe paramedics treated two patients involved in a crash that occurred in the intersection around 7:00 a.m.

Steck was transported to the hospital where he later died from his injuries. Officers say the other driver sustained non-life threatening injuries.

Police say it is unknown at this time if impairment was a factor in this collision.

The intersection of Hayden and McDowell Roads is closed due to a serious injury collision. Please choose alternate routes. We will update when the roadway is back open. pic.twitter.com/tHArQ4COIC