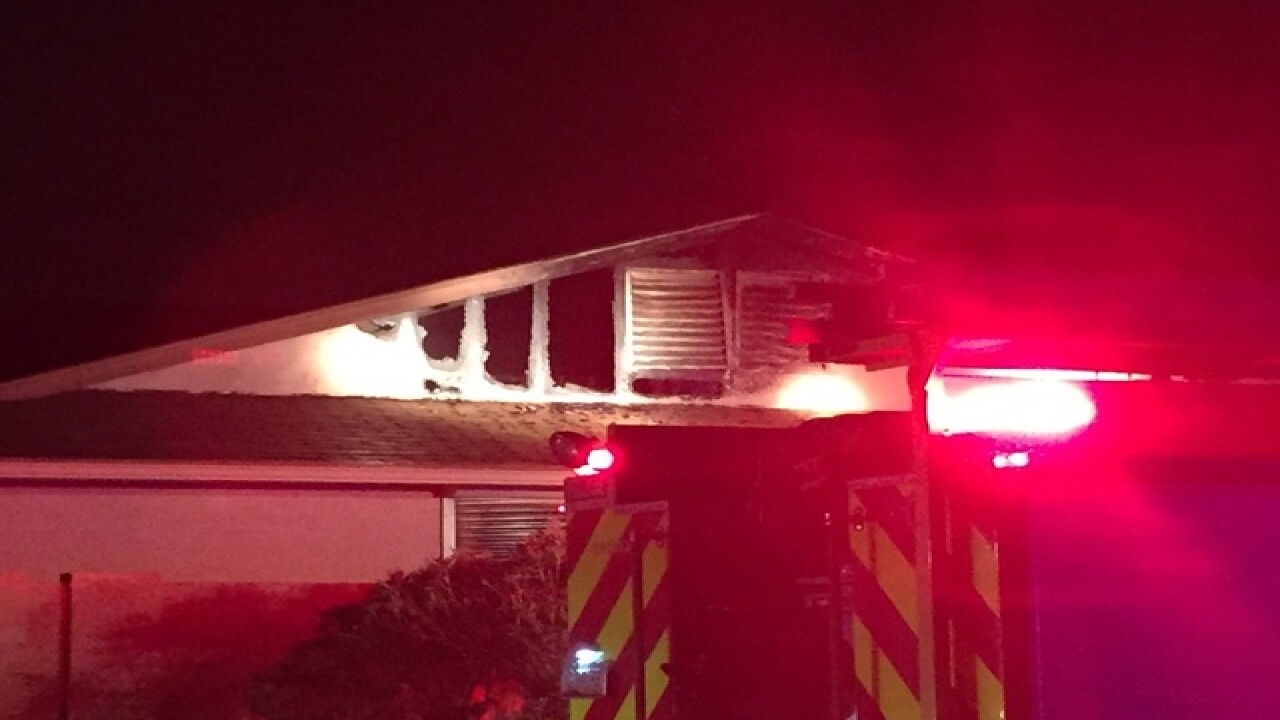 Firefighters say lightning ignited a fire at a home near Thunderbird and Loop 101 Friday evening, and the fire re-ignited on Saturday morning.

Officials say the family that lives at the house was out watching the storm when a lightning bolt struck their house and started a fire in the attic.

Family members decided to head inside to safety, not knowing their house was on fire. A neighbor noticed the fire, called 911 and rushed to get everyone outside.

Fire officials said the electricity in the home's solar panels prevented crews from fighting the fire from the roof. Authorities said the home sustained significant damage.

One person was treated for smoke inhalation at the scene, but did not need to be taken to the hospital.