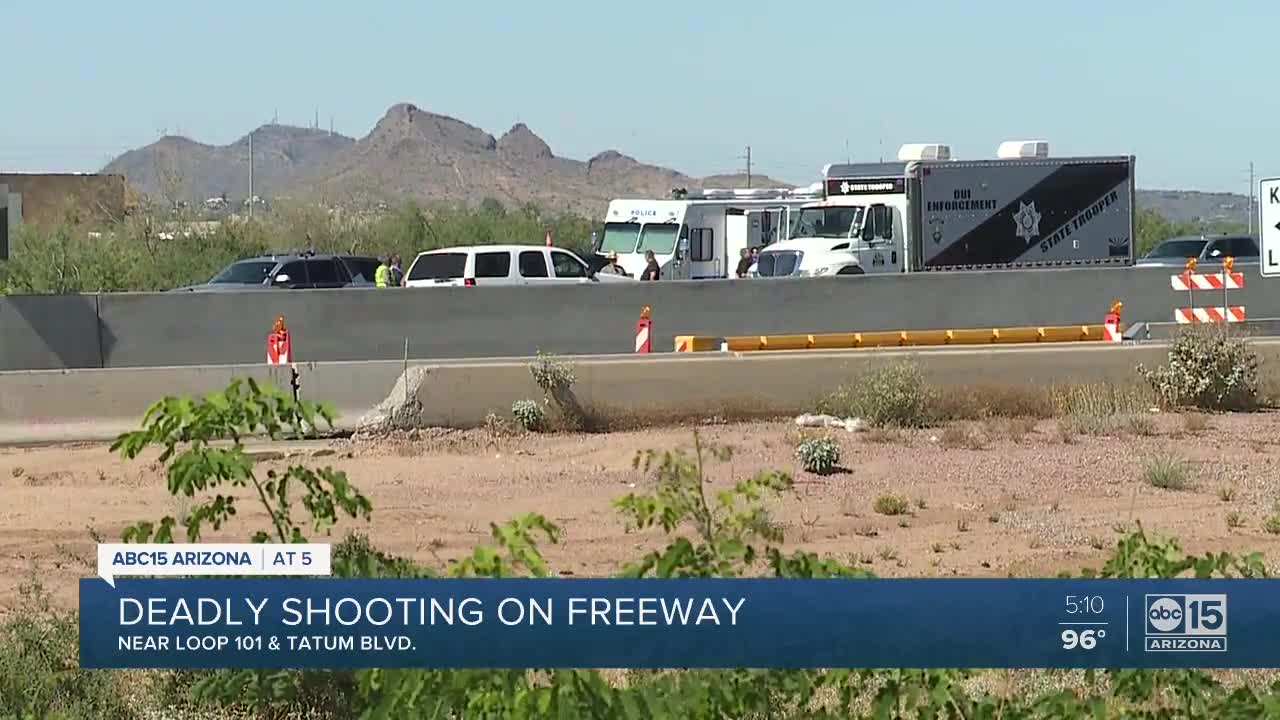 Authorities are investigating a deadly trooper-involved shooting on a busy Valley freeway. 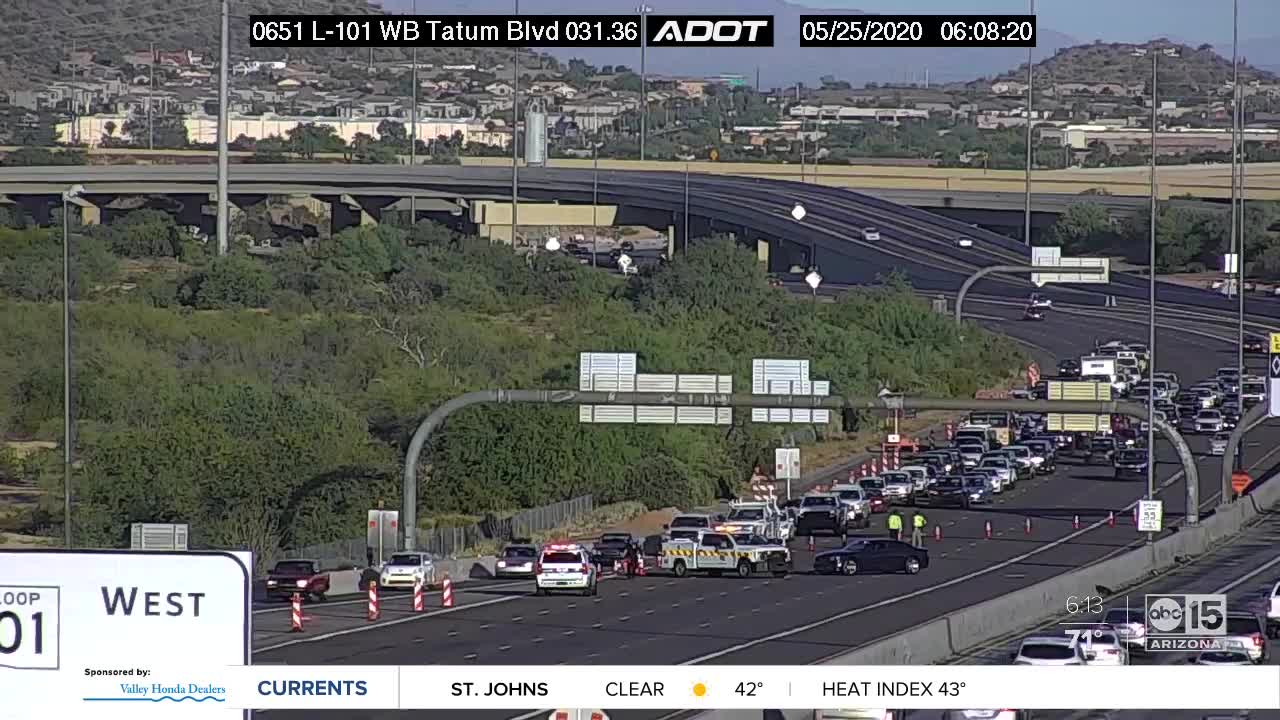 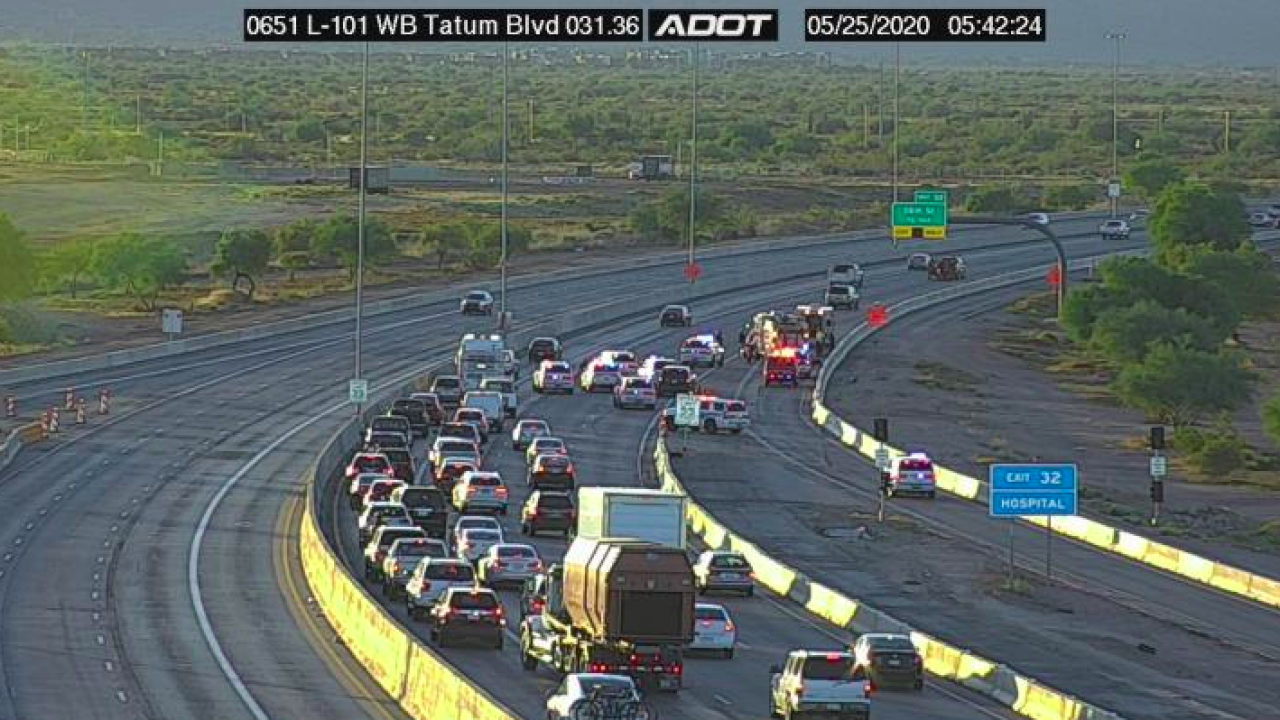 The incident occurred Monday morning just before 6 a.m. along Loop 101 near Tatum Boulevard.

Police say a DPS trooper was patrolling the area when he saw a vehicle parked on the eastbound gore point, partially blocking traffic.

The trooper observed a man, later identified as Dion Johnson, 28, passed out in the driver's seat and when the trooper made contact with him, there was a struggle and the trooper fired his service weapon striking Johnson.

A second DPS trooper arrived on scene and helped remove Johnson from the vehicle. Phoenix firefighters responded and took the suspect to a nearby hospital where he later died.

Eastbound lanes of Loop 101 in Scottsdale were closed for several hours during the police investigation.

Video from Arizona Department of Transportation cameras shows traffic being diverted off the freeway with multiple law enforcement vehicles in the area.

No officers or troopers were injured.

This is the second freeway closure in the Valley Monday. A portion of I-17 was shut down near Indian School Road earlier Monday due to a deadly crash involving two pedestrians.