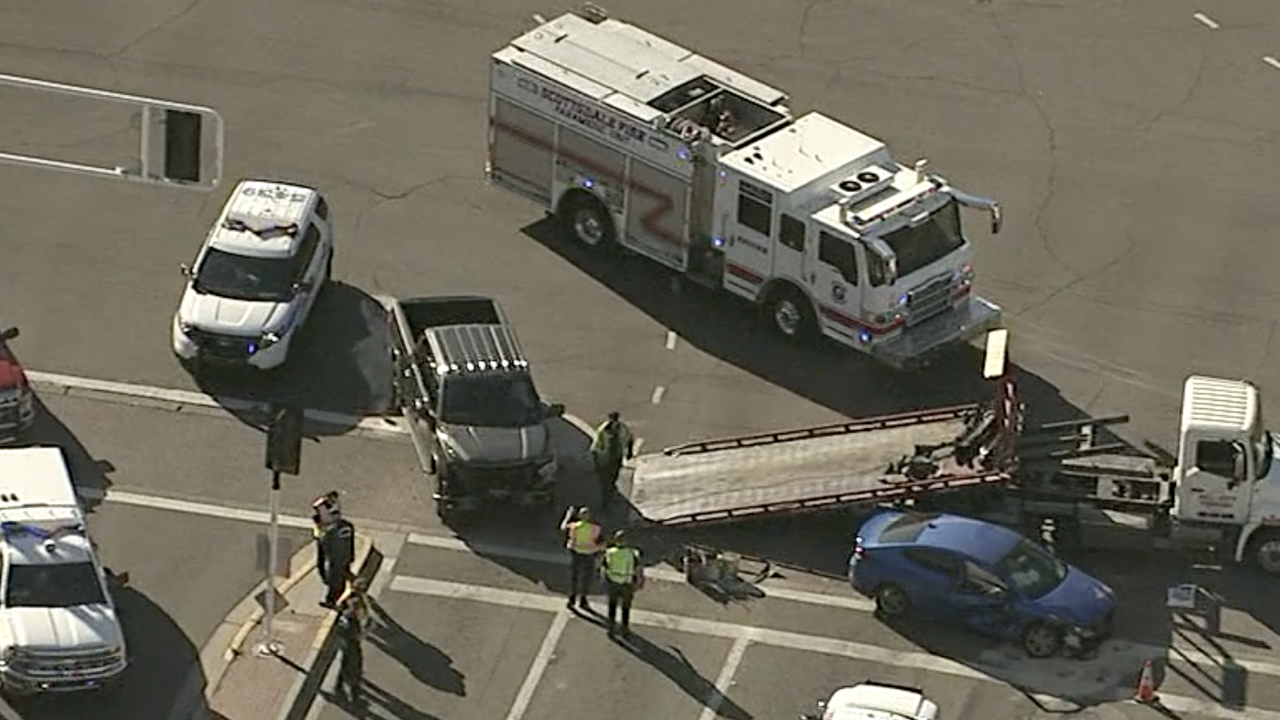 The impact of the crash sent one of the vehicles into two pedestrians who were in a crosswalk. A total of three people were injured. All three are said to have suffered non-life threatening injures.

Police say the investigation is on going.

Stick with ABC15.com as we work to learn more information.