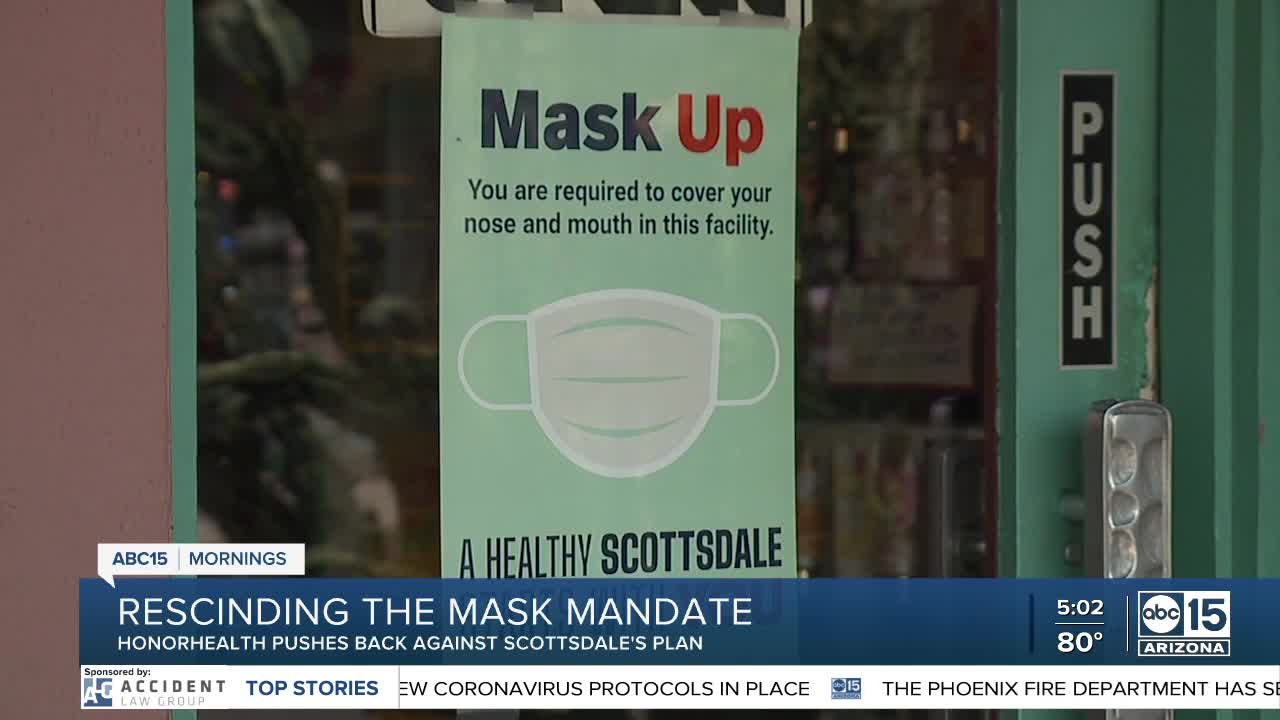 While the city has rescinded its order, the mask requirement for all of Maricopa County still remains in place, meaning that people still need to wear a mask when in most public places in Scottsdale. 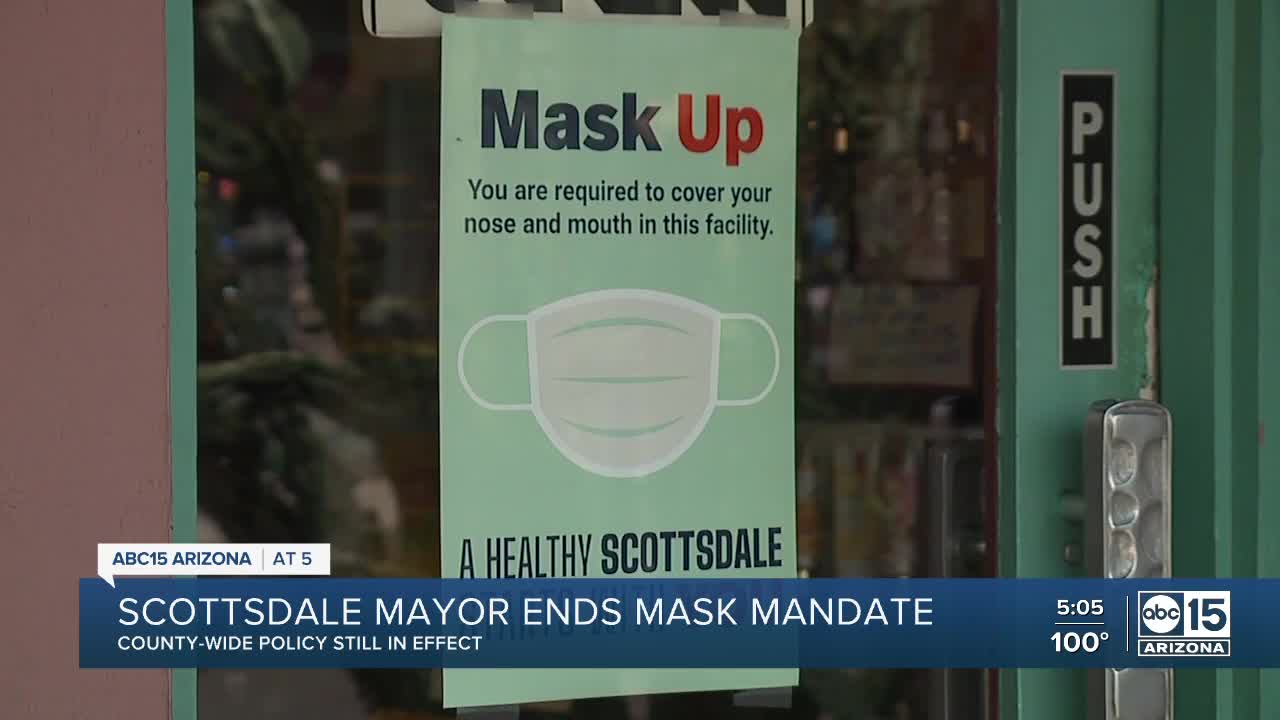 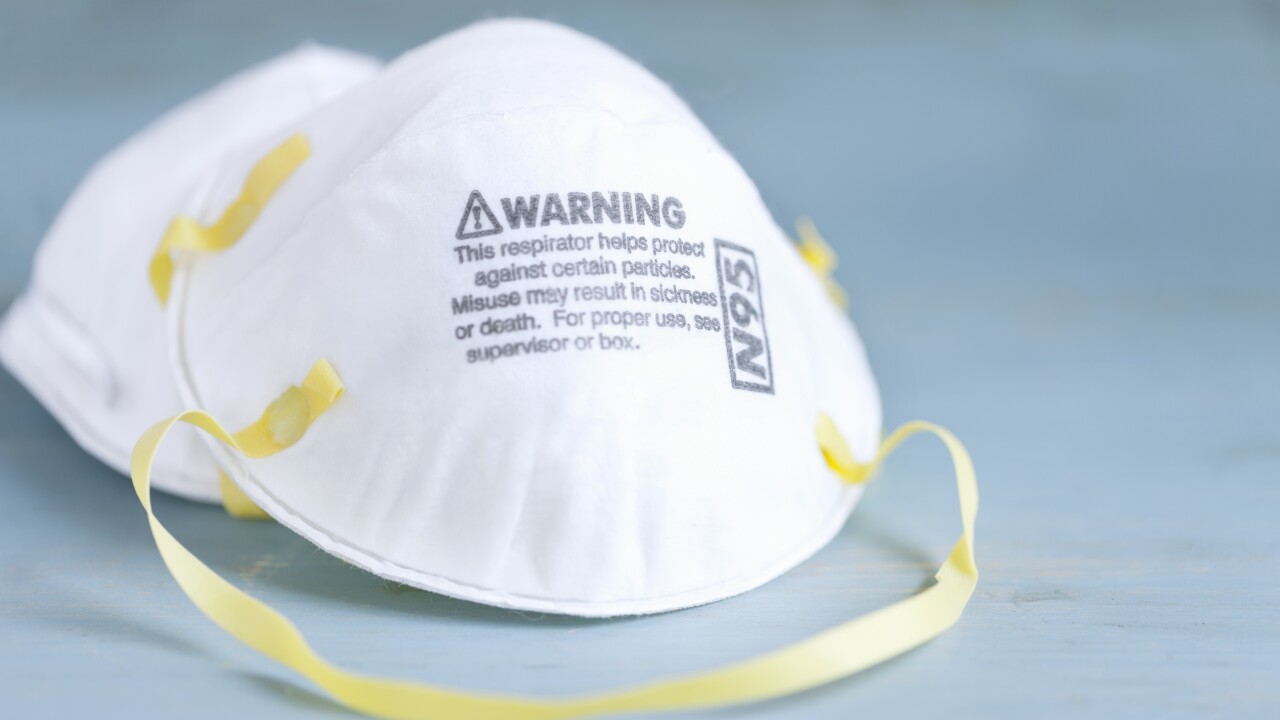 SCOTTDALE, AZ — The City of Scottsdale has reportedly lifted its face mask requirement, citing the recent drop in COVID-19 cases and hospitalizations.

“When the original face covering order went into effect, our hospital system was in crisis,” said Scottsdale Mayor Jim Lane. “The alarming growth in cases across the county was pushing hospital capacity to the limit, and Scottsdale’s mask requirement was part of efforts in communities across the state to get that situation under control. It worked.”

While the city has rescinded its order, the mask requirement for all of Maricopa County still remains in place, meaning that people still need to wear a mask when in most public places in Scottsdale.

On Monday the Maricopa County Board of Supervisors held an executive session where they reportedly talked to county health and legal experts about the mask mandate and the possibility of lifting it.

Maricopa County Communications Director Fields Moseley, however, said any debate on whether or not to lift the mask mandate in the county would need to be held in public, and that Monday's meeting was just to discuss the legal portion of the potential move.

The next scheduled public meeting for Maricopa is October 7. As of now, any reconsideration of the county mask requirement is not on the agenda.

Honor Health released a statement Tuesday strongly opposing the lift of the mask mandate by the City of Scottsdale:

HonorHealth speaks out against Scottsdale decision to lift mask mandate

"Removal of face covering mandates would have a negative impact on the health of our community and may reverse the progress we have made over the past few months with declining COVID-19 infection rates and deaths in Arizona. “Not only have we seen less spread since the implementation of mask mandates, our physicians and staff were noticeably encouraged by the symbolism of the community doing all they could do to help reduce the spread of this disease” said Todd LaPorte, HonorHealth CEO.

Hospitalizations levels today are more manageable than they were this summer, in part because of masking. The virus is still very prevalent in our community, the rate of immunity is low, and it is predicted that we will see another surge later this year based on patterns observed in other parts of the world. While everyone desires a “return to normal,” at this point there is still a substantial risk posed by COVID-19 and this is not the time to let our guard down.

The Centers for Disease Control endorses masking as the primary means to reduce the spread of infection. Efforts to remove theses mandates sends the wrong message to our community and to those who provide care for our community members – our physicians and our nurses."