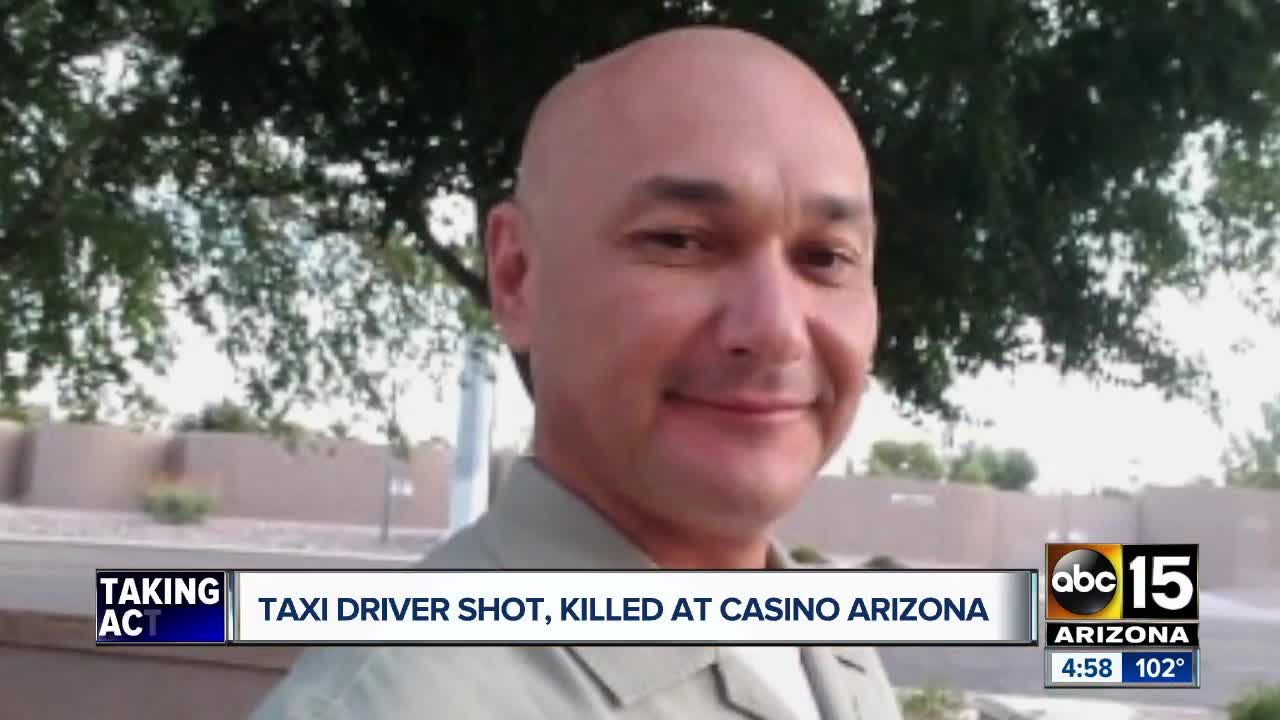 SALT RIVER PIMA MARICOPA INDIAN COMM. — Police say a suspect is in custody after a shooting in the parking lot of a casino earlier this week.

Officers responded to Casino Arizona on the Salt River reservation just after 11 p.m. on Wednesday.

Police say the suspect, who police did not identify, shot a cab driver and drove off in his vehicle.

The driver, identified by police and family members as Hilario Mendoza, worked for VIP Taxi and was pronounced deceased.

"He died alone, he died without family," said an emotional Sara Mendoza, Hilario's sister. "No one deserves that."

Hilario's family told ABC15 he was hard-working and funny.

"I just want to wake up and let it be one of my bad dreams," she said.

The family says Hilario had been happy to start driving for VIP Taxi and came to the house to show off the cab just hours before his death.

"He was so excited and so pumped up," Mendoza said. "That's the last that we've seen of him."

On Friday, many of Hilario's relatives gathered together at a Phoenix home as they mourn his death.

"My brother's lasting legacy is always going to just be his personality, how funny he was," said Hilario's brother, Hector Mendoza.

The family is now left to wonder what led up to Hilario's death.

"I'm angry, I want justice," Sara Mendoza said. "I know that my mom and dad taught me well and I got to one day forgive that person so I don't cage my heart in hatred."

The suspect was taken into custody in Mesa after a brief pursuit near Gilbert Road and E. Oak Street, according to a release from the Salt River Police Department.

In a statement, the casino said it extended condolences to Mendoza's family and friends and said it was cooperating with law enforcement.

Police said the incident was still under investigation and no further details were available as of Friday afternoon.

The family has set up a GoFundMe page to help cover funeral costs. Those who wish to donate can do so here.