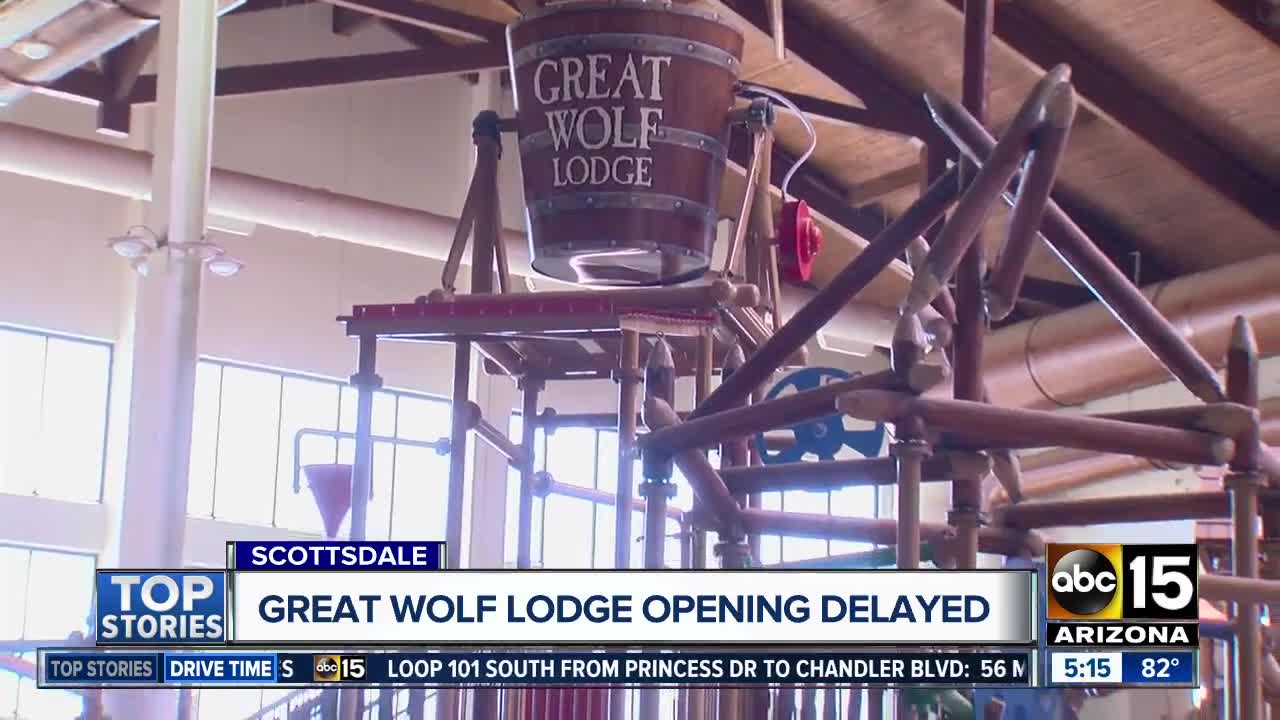 Great Wolf Lodge is delaying its opening date due to electrician work issues. 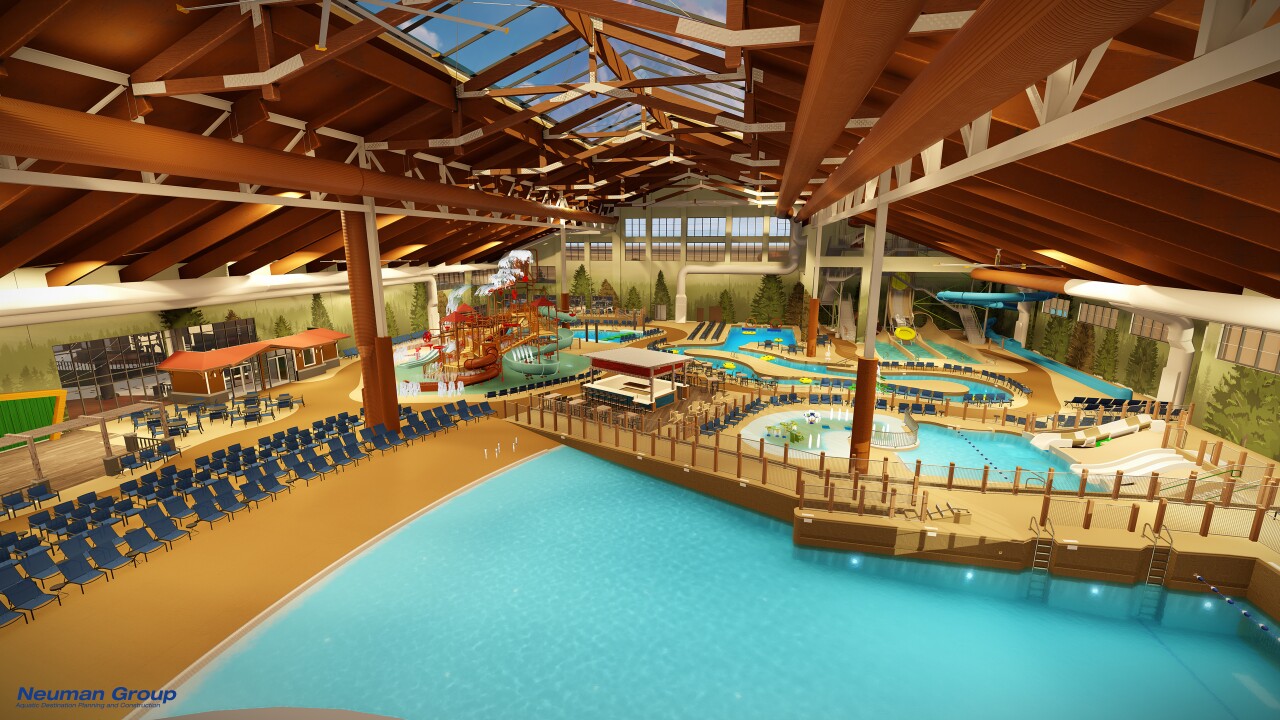 SCOTTSDALE, AZ — After anticipation of an earlier-than-expected opening date for Arizona's Great Wolf Lodge, it appears the resort is changing the date once again.

Last month, they said the Scottsdale-area resort would open on September 18, 2019. They moved up their opening date twice, citing its construction crews reaching milestones ahead of schedule, until now.

"Unfortunately, a shortage of electricians in the Valley has created an unexpected delay and we need to modify the opening date," a statement released Thursday said.

They did not yet give a new opening date, but said they are aiming for the end of September and will announce more details next week.

"We hold ourselves to a high standard of excellence and won’t compromise the guest experience, so we decided to move the opening day in order to complete the remaining work and to offer adequate time for in-resort training for our pack members once that work is finished," the resort said.

Starting Thursday, the resort will be reaching out to guests who are affected by the opening date change. Affected guests will be offered a complimentary future stay for the same number of nights as originally booked. In addition, they will give all kids under age 17 with a complimentary “Wolf Pass” to use during the rescheduled stay. The “Wolf Pass” includes entry to a number of attractions in the Adventure Park.

A grand opening celebration will then take place in October, but an exact date has not been determined.

The 350-suite hotel and 85,000-square-foot water park is located near the Loop 101 and Talking Stick Way, and across from Salt River Fields at Talking Stick.

When it opens, the water park will have nearly a dozen water slides, including tube slides and raft rides, a wave pool, lazy river, and an aquatic play structure with a 1,000-gallon bucket that pours water every few minutes.