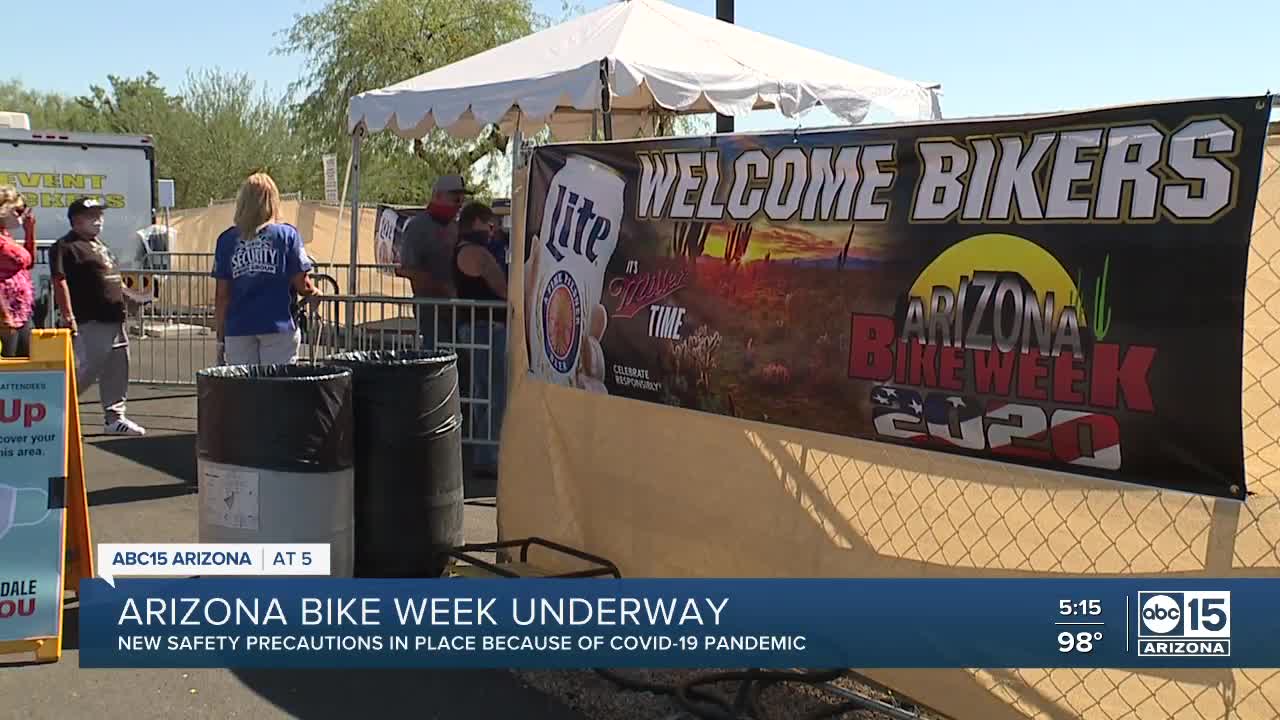 While numerous events have been canceled or postponed -- sometimes more than once -- because of the COVID-19 pandemic, Arizona Bike Week is currently underway at WestWorld of Scottsdale, one of the first large-scale events to be approved. 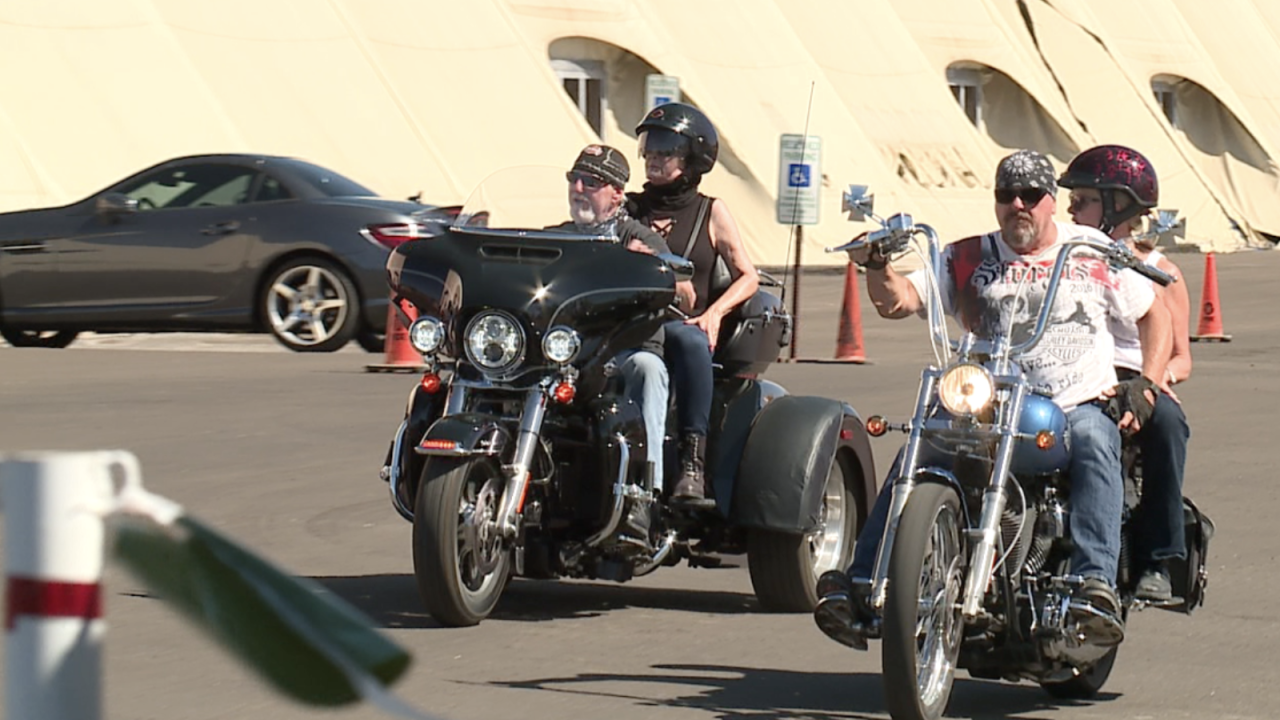 SCOTTSDALE, AZ — While numerous events have been canceled or postponed -- sometimes more than once -- because of the COVID-19 pandemic, Arizona Bike Week is currently underway at WestWorld of Scottsdale, one of the first large-scale events to be approved.

The yearly event is typically held in the spring, but was postponed because of the pandemic.

In order to be given approval to continue with the event, organizers had to make a number of changes and requirements, including moving the event entirely outside, requiring masks, and canceling some events, such as the charity rides.

"We kind of got rid of the things that would be difficult for us to control the distancing," said Lisa Cyr, vice president of FX Production, which helped organize and produce the event.

The five-day event typically draws 70,000 people, but this year, they're expecting fewer than half of that, roughly 20,000 people. The City of Scottsdale required daily attendance to be limited to a maximum of 4,200 people.

The nightly concerts, one of the traditional highlights of the week-long event, are on. Organizers used barricades to spread fans out into private sections.

"Private boxes that hold nine people so we're sticking to guidelines of groups of less than 10 and there's a table in each section," said Cyr.

Police officers and private security guards are also inside the event to make sure people wear their masks and follow all the health and safety guidelines.

While different, a few attendees told ABC15 that they were not going to miss this year's event.

"I wasn't going to let this keep me at home," said Rod Paschke, who has attended the event every year since 2010. "Getting away, being around motorcycles, it's an 800-mile ride for me. That part I love," he said. "[The] warm weather of Arizona and just great people. It's a lot of fun."

"It's very scaled-down. It's very not what I'm used to," said Joey Alessi, who rode in from California. "The mask thing is pretty ridiculous. But like I said, it's better than nothing, and I'm going to have a great time anyways.

"We're protecting ourselves and others in the process," said Tom Gregor, of California. "The regulations are quite clear in the clubs we may go into and it all makes sense to me."

The event runs through Sunday.