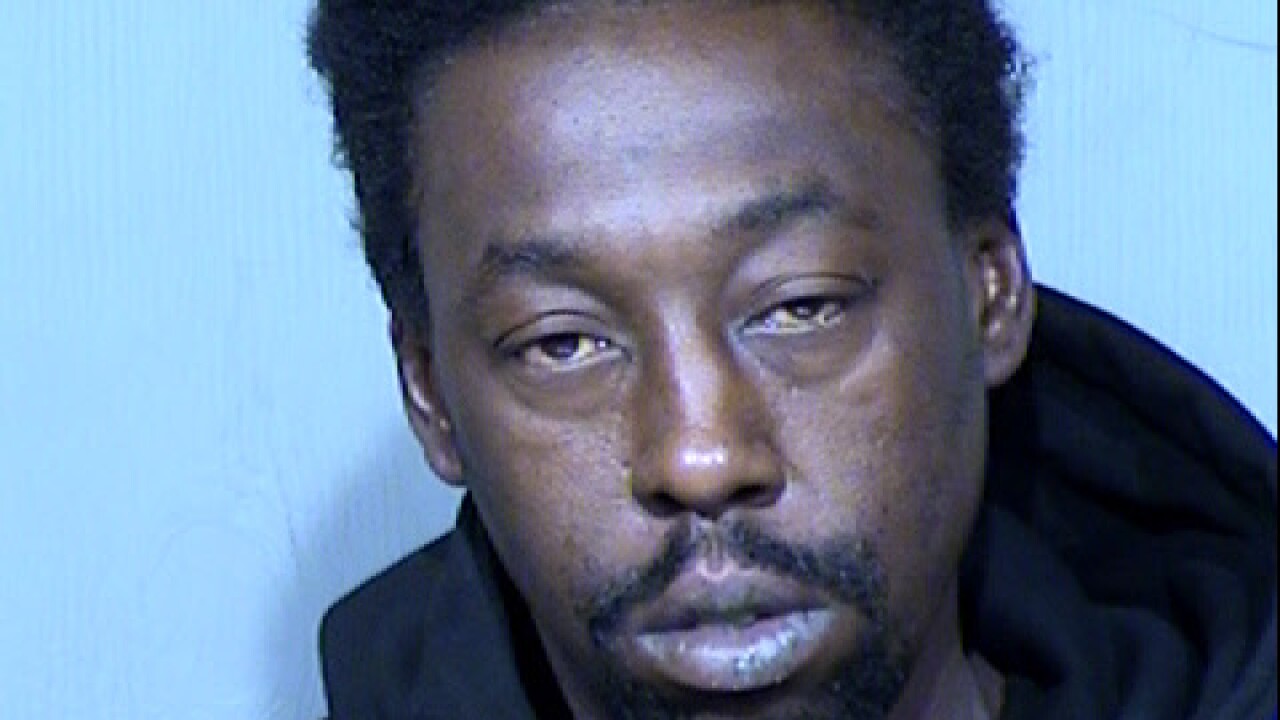 PHOENIX — A woman was struck by a bullet as she was leaving her apartment near 43rd Avenue and Thomas Road.

According to Sergeant Maggie Cox from the Phoenix Police Department, around 9 p.m. on Friday night, a woman was leaving her apartment when she was struck by a bullet.

The Phoenix Police Department's Gang Unit Investigators responded to the shooting and "developed probable cause for a drug related offense arrest."

Craig Arnwine Jr. was arrested for the alleged drug related offense; however, the suspect of the shooting is on the loose. Police say the suspect has not been identified.

Anyone with information regarding this incident is asked to call the Phoenix Police Department at (602)-262-6151. Those who wish to remain anonymous can contact Silent Witness at 480-WITNESS or 480-TESTIGO (Spanish speaking).