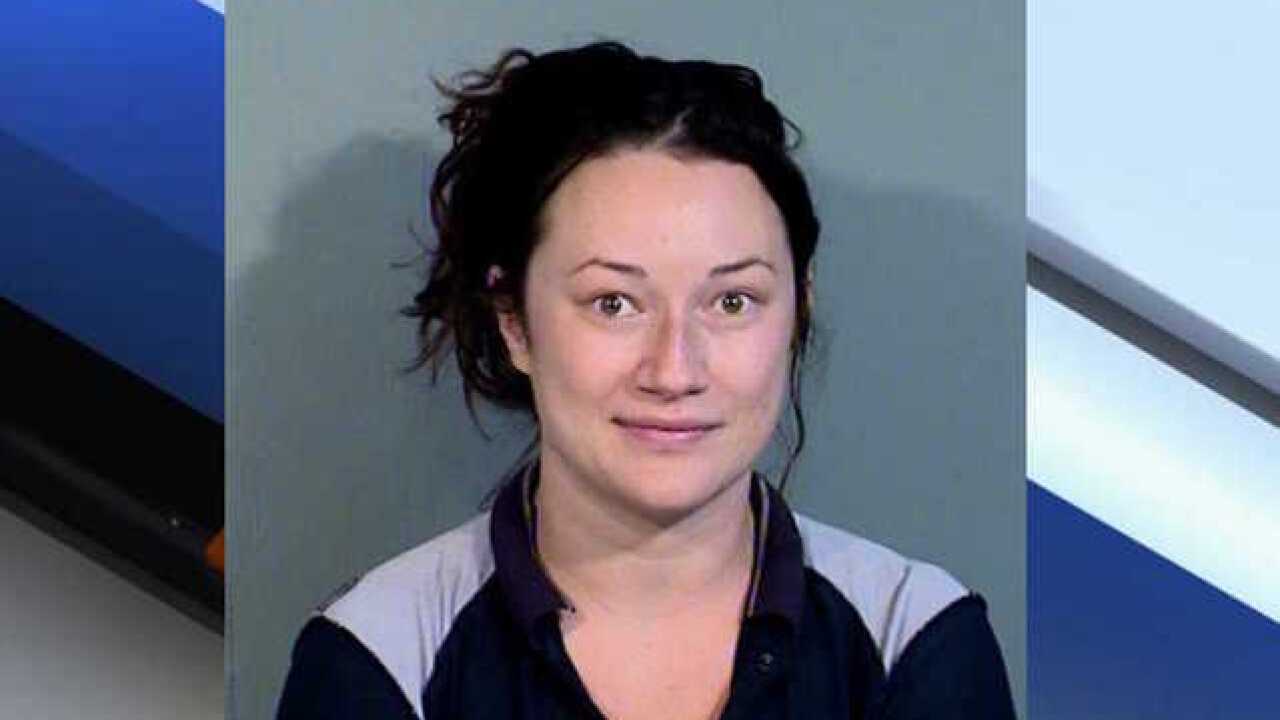 A woman is accused of breaking into a Paradise Valley home, bathing in the homeowner’s bathtub, and sending tens of thousands of disturbing text messages to the man’s phone after the pair went on one date.

In July 2017, 31-year-old Jacqueline Ades was found parked outside of the victim’s home, police said. The man also accused her of repeatedly texting him, despite him saying he no longer wanted to talk to her.

Officers found Ades still outside the victim’s home when they arrived and told her to leave, officials said. Shortly after, the man started to receive threatening text messages from the suspect.

Police received a similar report in December from the same residence, but officers were unable to locate her.

On April 8, the victim called a detective a third time, saying he was out of the country, but saw Ades in his home while checking his home surveillance video.

When officers arrived at the home, the woman was taking a bath, police said.

A large butcher knife was discovered on the passenger’s seat of her car, court paperwork said. She was taken into custody and charged with trespassing.

After Ades was released from jail, she allegedly started sending more threatening text messages to the victim — some of the messages alluded that “harm may come to him,” authorities said.

Less than three weeks later, the victim called authorities to report receiving multiple threatening text messages from her, court documents said. The man also explained that they met on a dating website, and after one date Ades began stalking and harassing him.

In one of Ades' messages, she allegedly stated, “…Don’t ever try to leave me…I’ll kill you...I don't wanna be a murderer." She also said that she wanted to wear his body parts and bathe in his blood, court paperwork said.

On May 4, police were called to a business in Scottsdale after passersby reported Ades "acting irrationally and claiming to be the owner's wife," police said. The owner of the business is the Paradise Valley homeowner.

Ades was arrested on Tuesday on charges of threatening, stalking, and harassment.

Ades spoke to media in a jailhouse interview with media on Thursday.

"I felt like I met my soul mate and everything was just the way it was. I thought we would do what everybody else did, but that's not what happened," Ades said.

While being questioned by police, the suspect explained that she sent the man text messages all day, but he never responded, court documents said. She said that she threatened him because she was worried he had called the police to report her behavior.

The woman is also accused of admitting that she threatened him because she didn’t want him to leave and because she loved him, court paperwork said. She allegedly admitted to knowing her statements were “crazy” and plans to return to Florida once she's released.