MCSO: Man rescued and being evaluated after falling in mine shaft in Gila Bend
NewsNortheast Valley News Paradise Valley News 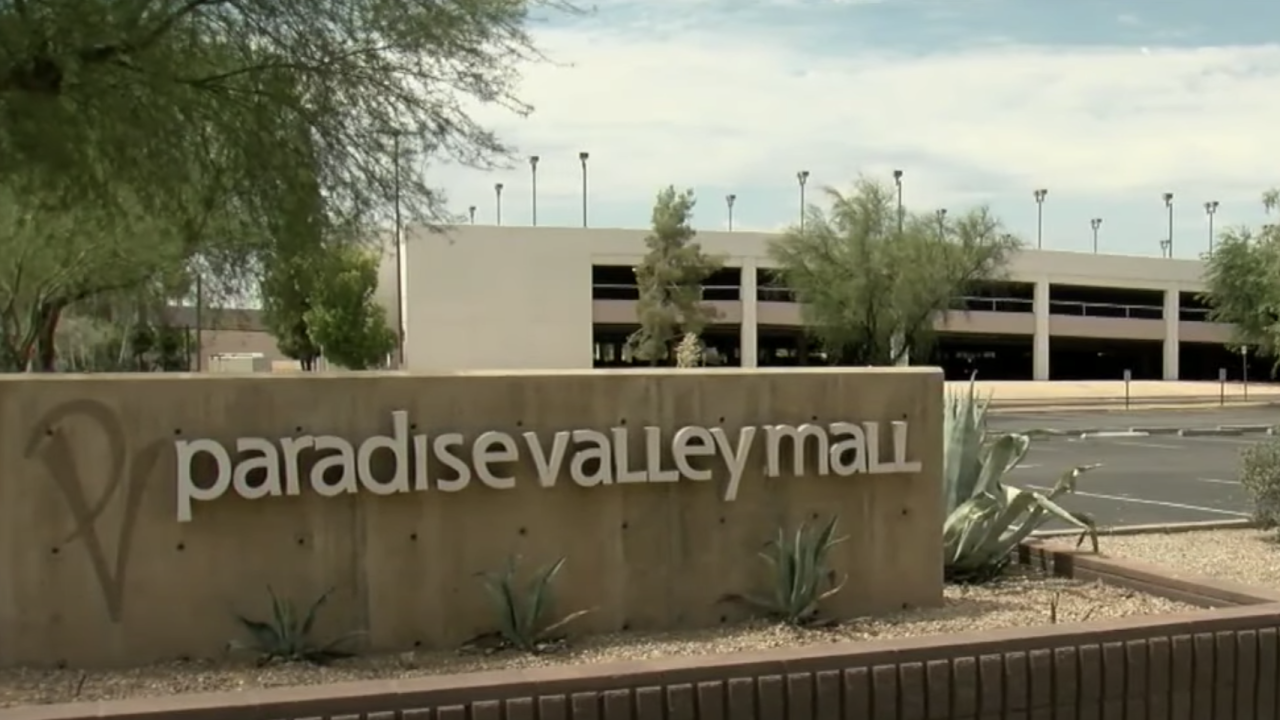 PHOENIX — After rumors and speculation, it appears that the redevelopment of Paradise Valley Mall is inching closer to reality.

Last week, developers had a pre-application meeting — one of the first steps before submitting an official application — with the City of Phoenix’s Planning and Development Department to discuss their proposed redevelopment plans and to go over any potential issues with city staff.

Macerich, who owns Paradise Valley Mall and several other malls in the area, and RED Development are looking to build a mixed-use development similar to Desert Ridge and Kierland Commons, mixing attributes from both that could include restaurants and shopping, commercial space, and residential space, such as apartments and condos, said Alan Stephenson, planning & development director with the City of Phoenix, in an interview with ABC15 earlier this week.

“It’s an outdoor, commercial lifestyle center concept that will be a mix of what you would see in Desert Ridge…and mixes in some multi-family and small shops, kind of a la Kierland,” said Stephenson, of the conceptual plans.

Since the developers have not yet submitted a formal application to the city or officially announced the project themselves, specific details and renderings that are typically included in those applications are not known yet.

It is also quite early in the process.

An official application still has to be filed, followed by rezoning meetings, community and public hearings, and eventually a city council vote, Stephenson said

A spokesperson for Macerich told ABC15 earlier this week that she would have information to share shortly, but as of Thursday, no details had been released. A follow-up email on Thursday was not returned.

ABC15 has reached out to RED Development for comment.

Stephenson said it would likely be a multi-phased project as there are tenant leases to work around. Macy's, JCPenney, and Costco are expected to stay, he said, but it depends on if those companies own or lease the buildings they're in, and how long those leases are for.

JCPenney confirmed to ABC15 that it owns the building that it is housed in. Macy's did not return an email from ABC15.

Dillard's will close its 200,000-square-foot store by the end of the year. Sears closed its location there, part of its national shutdown, and that spaces remains vacant.

Chompie’s plans to close its restaurant at the mall in April 2021 and is relocating to 32nd Street and Cactus Road.

Paradise Valley Mall was built in 1979 and expanded in 1990. Macerich acquired the mall, along with other malls in the area, from Westcor in 2002.

Macerich has labeled the mall as a "redevelopment mall" in the past, but specific details have not been released.