University of Arizona golfer booked into jail for sexual assault 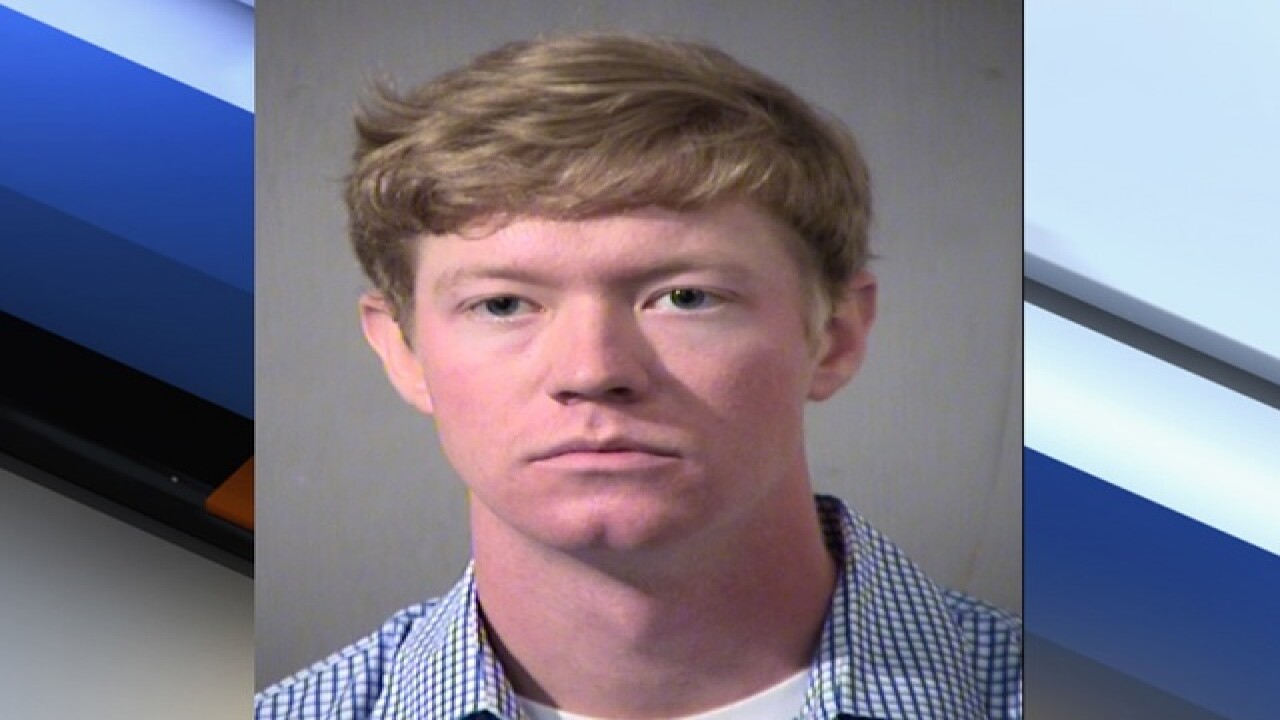 A University of Arizona athlete was booked into jail Tuesday on sexual assault charges.

Police said 20-year-old Andrew Garner, a golfer at the university, and the victim met at a Whole Foods in November 2015 and then drove in Garner's car to Mummy Mountain.

Both Garner and the victim went to the backseat, according to the police report, where the sexual assault occurred.

The victim told police that Garner forced himself on her after she repeatedly told him "no."

In April, police executed a search warrant on Garner's and the victim's cell phones.

Garner was arrested and booked into jail on July 26.

The University of Arizona Athletics Department said Garner has been suspended indefinitely.