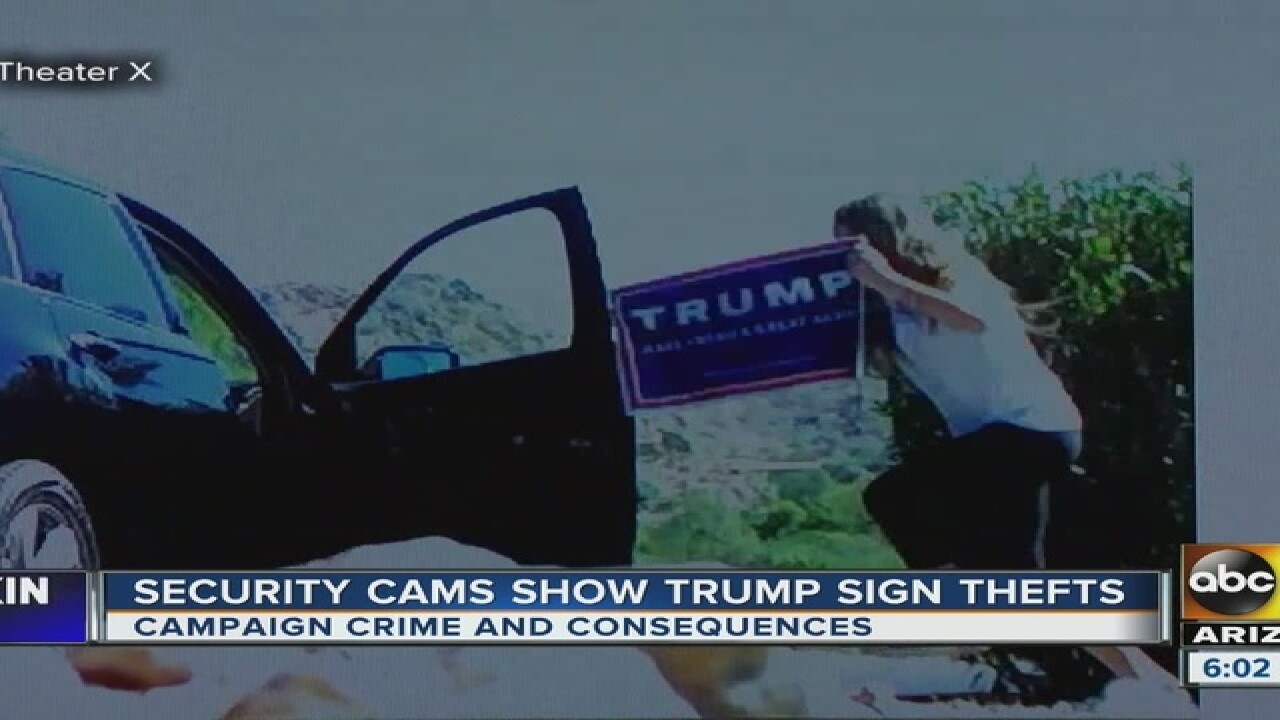 With a tensions rising ahead of the November election, political candidates and supporters say they are seeing a rise in campaign sign thefts.

Arizona state law says stealing, defacing, or knocking down a campaign sign is a class two misdemeanor, punishable by four months in jail or a $750 fine.

"People should care because in local races, signs are the way you introduce yourself to the voter," said Thomas Galvin, a candidate for the Central Arizona Water Conservation District.

He says some of his signs have been removed or damaged. The signs disappear from street corners and people's yards.

The cameras, hidden in bushes, caught two people jumping out of their cars to swipe signs.

"They did it in broad daylight with absolutely no conscience at all," said Theater X owner James May.