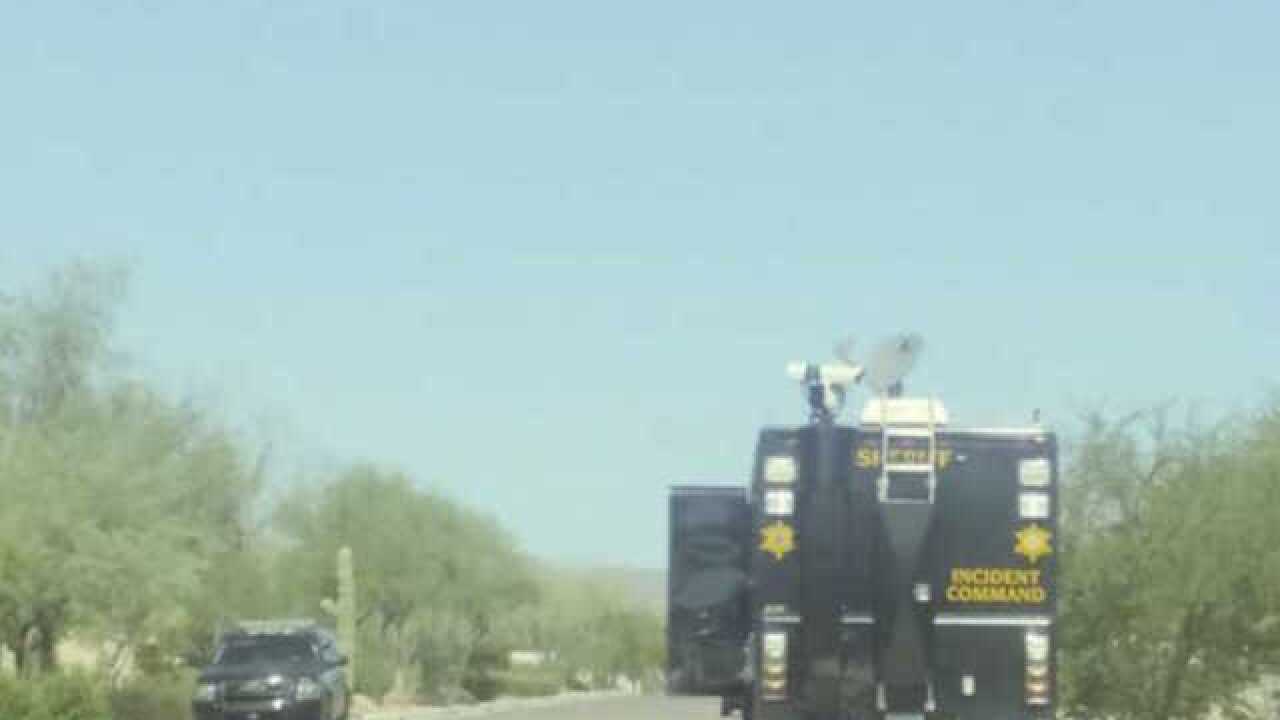 A person is dead following reports of a shooting in Fountain Hills early Saturday morning.

Fire crews responded to Centerstone Plaza Hotel near Lago and Saguaro boulevards around 12 a.m. after receiving a 911 call about a shooting.

When firefighters arrived, they found a person dead at the scene, a Maricopa County Sheriff's Office spokesman said.

MCSO says a woman, 27-year-old Jeanette Kimmel, is believed to have shot and killed her ex-husband, 36-year-old John Kimmel.

In July,  92-year-old Anna Mae Blessing was arrested after she allegedly shot and killed her son at a Fountain Hills home.

According to MCSO, Blessing allegedly killed her 72-year-old son because he told her she was becoming “difficult to live with” and wanted her to move into an assisted living facility.