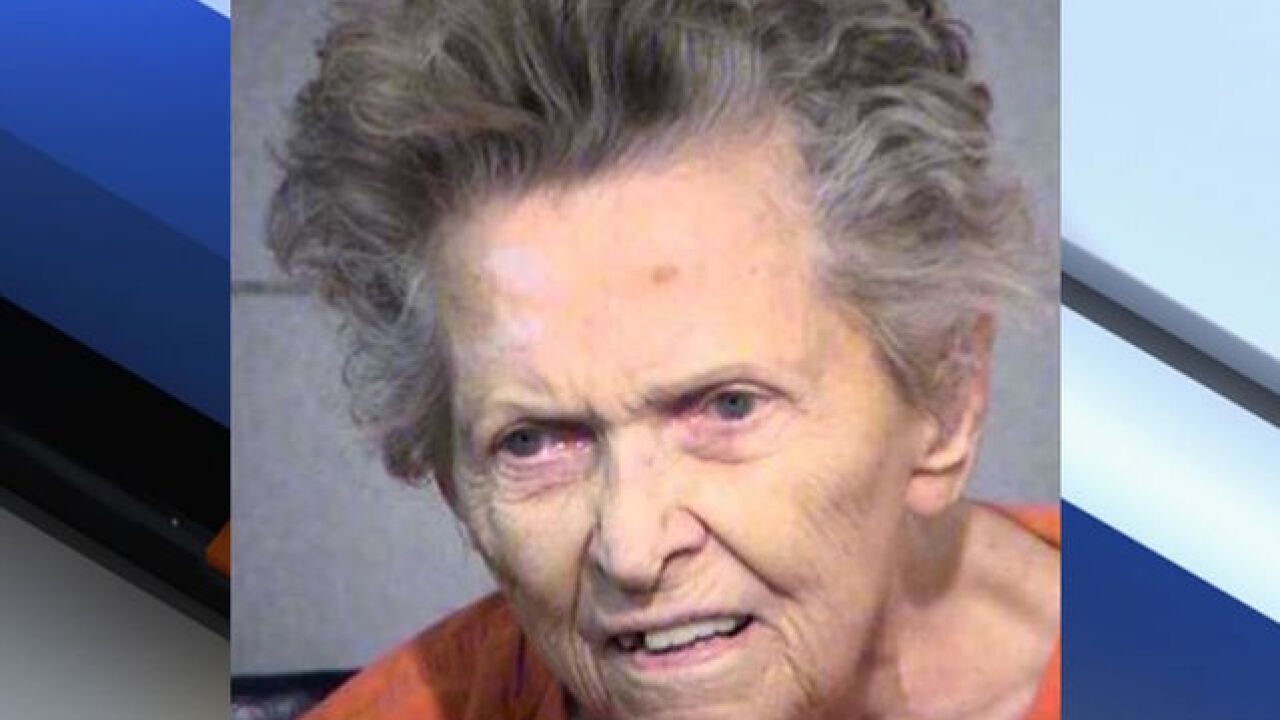 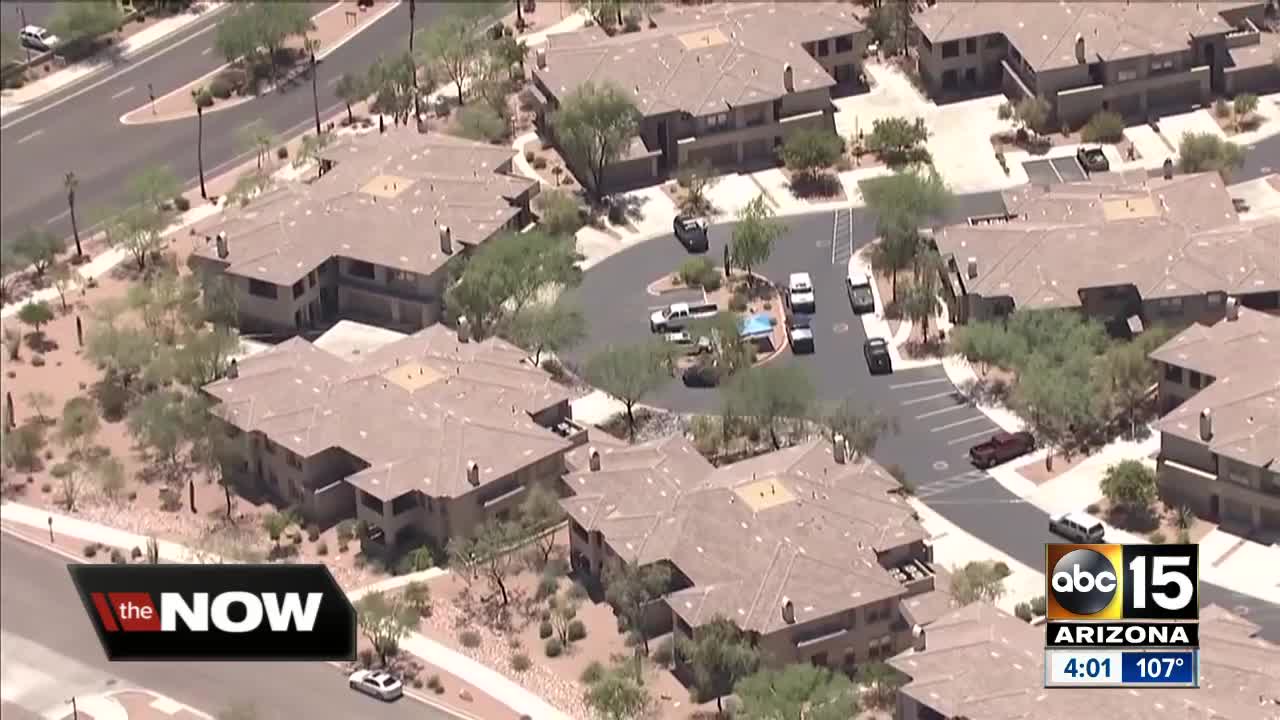 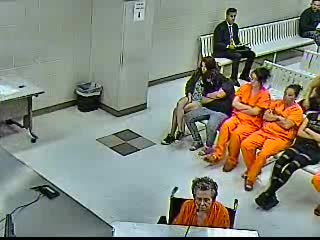 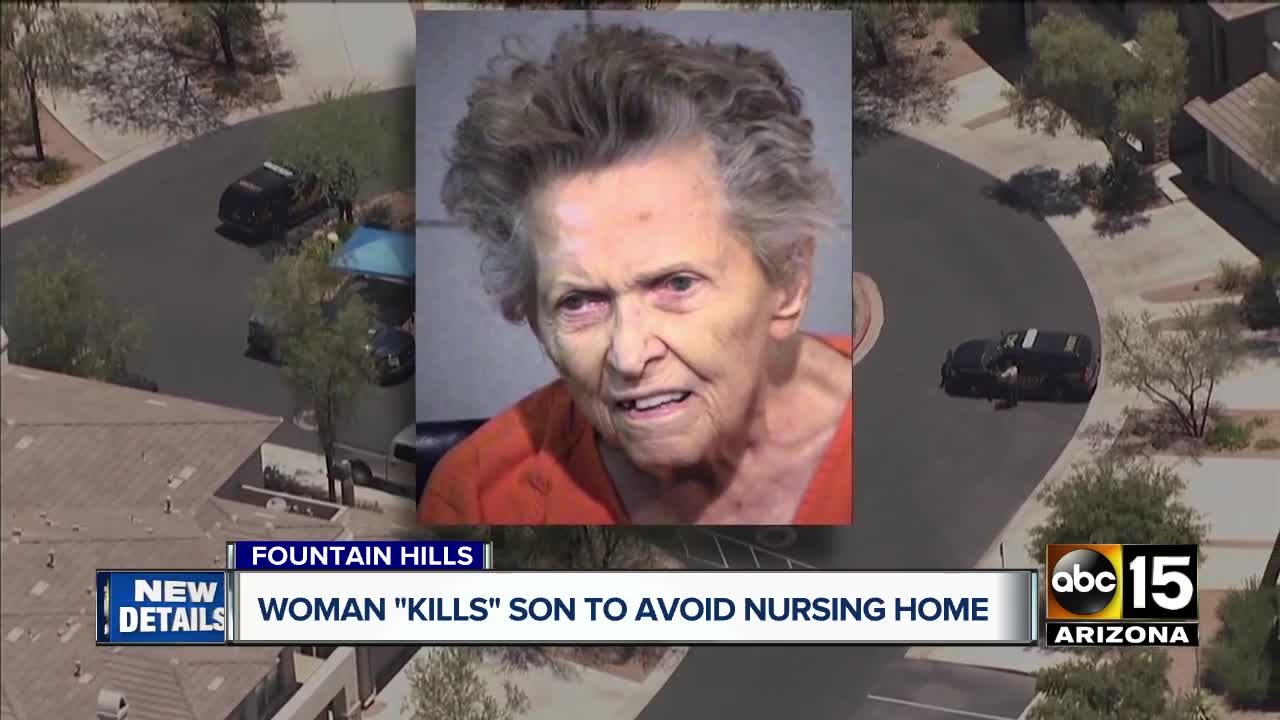 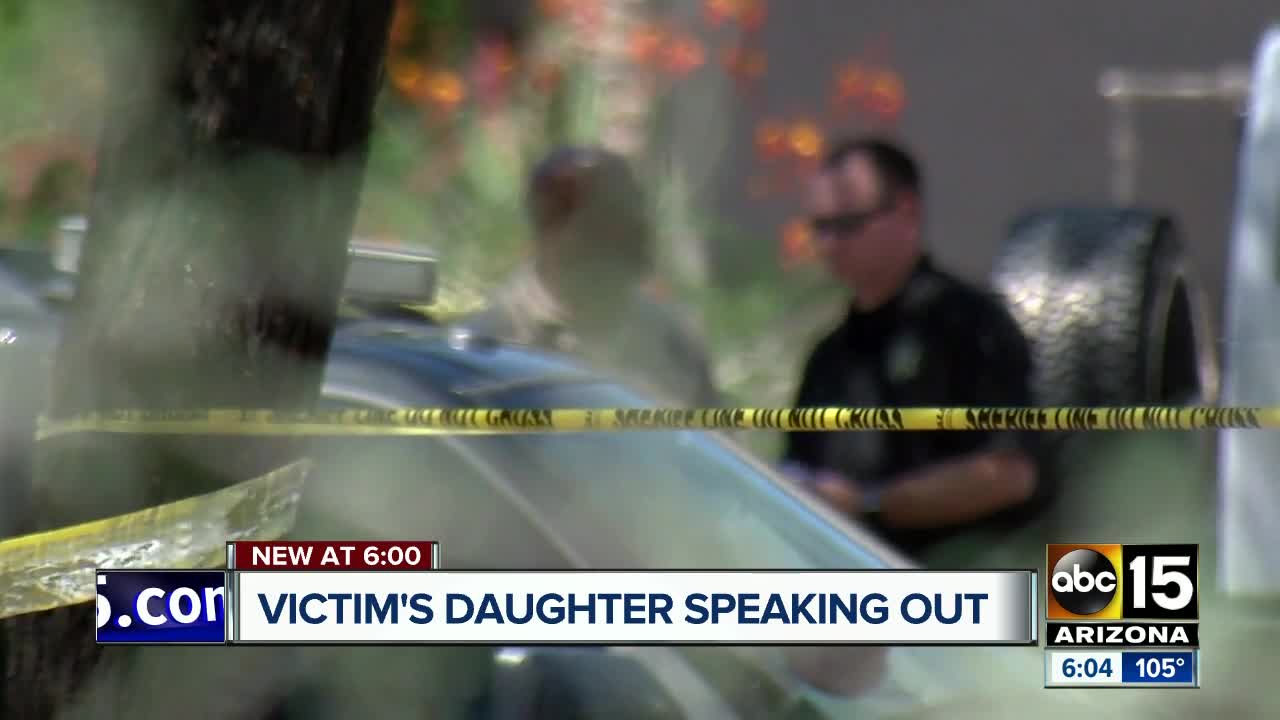 A 92-year-old woman is facing multiple charges after she allegedly shot and killed her son in Fountain Hills Monday because she refused to be admitted into an assisted living facility.

According to the Maricopa County Sheriff's Office, around 10 a.m., deputies responded to a call of an unknown trouble at a home near Palisades and Saguaro boulevards.

"According to statements provided by suspect Blessing and received by the detectives, she had been contemplating for several days her son’s intentions to place her in an assisted living facility," MCSO said in a news release.

Blessing had reportedly concealed two pistols in the pockets of her robe and then confronted her son in his bedroom.

Blessing told deputies that she removed the gun and fired multiple rounds, killing her son.

She then pointed the gun at her son's girlfriend, and the two struggled over the weapon when it became dislodged from Blessing's hand, officials said.

At that point, Blessing reportedly retrieved the second gun and tried to point it at the girlfriend, who was then able to knock it from her possession.

The girlfriend then notified MCSO.

MCSO says they found Blessing sitting in a recliner chair when they entered the home. She was arrested without incident.

According to Blessing, her son had told her that she had become "difficult to live with," so he was going to put her in an assisted living home. During her arrest, MCSO says Blessing made the statement, "You ended my life, so I'm taking yours."

Court documents stated the Monday incident was not the first time authorities had to intervene between Blessing and her son. Sheriff Paul Penzone said deputies had responded to four or five calls at the residence in recent weeks after disputes were reported between the pair.

Barbara Blessing, Anna Mae's granddaughter and the daughter of the victim, tells ABC15 her father had tried to get police to take the 92-year-old's guns away, but police reportedly said she had a right to have them.

Penzone at a Thursday news conference said in addition to Anna Mae's two guns, deputies found 11 other firearms that belonged to the victim. The weapons were reportedly not being kept in a safe or locked cabinet, and were left accessible.

MCSO is reviewing all calls of service to the Fountain Hills home to ensure responding deputies acted properly, Penzone said.

Barbara, meanwhile, says she believes her grandmother needs help, not to be put behind bars.

"All I want to do is get her out of that jail where she can have her dignity back and get medication she needs so she can rest in peace," Barbara tells ABC15. "She doesn't deserve to be treated like this, she's not well, she's very ill."

Blessing has been charged with a count of murder in the first degree, a count of aggravated assault with a deadly weapon, and a count of kidnapping.

Gun Data
Infogram
Copyright 2018 Scripps Media, Inc. All rights reserved. This material may not be published, broadcast, rewritten, or redistributed.