MCSO: 2 hurt after car plows into home in Fountain Hills 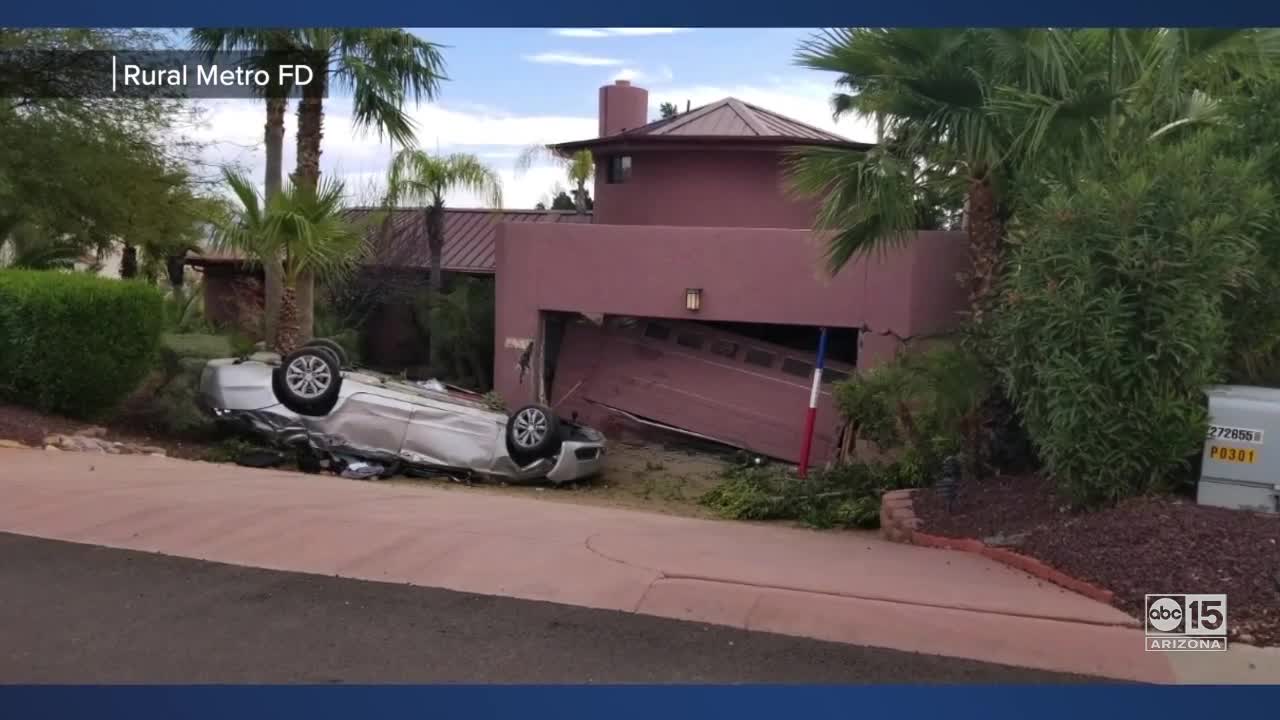 Two people rushed to hospital after accident near Palisades and Sunridge in Fountain Hills. 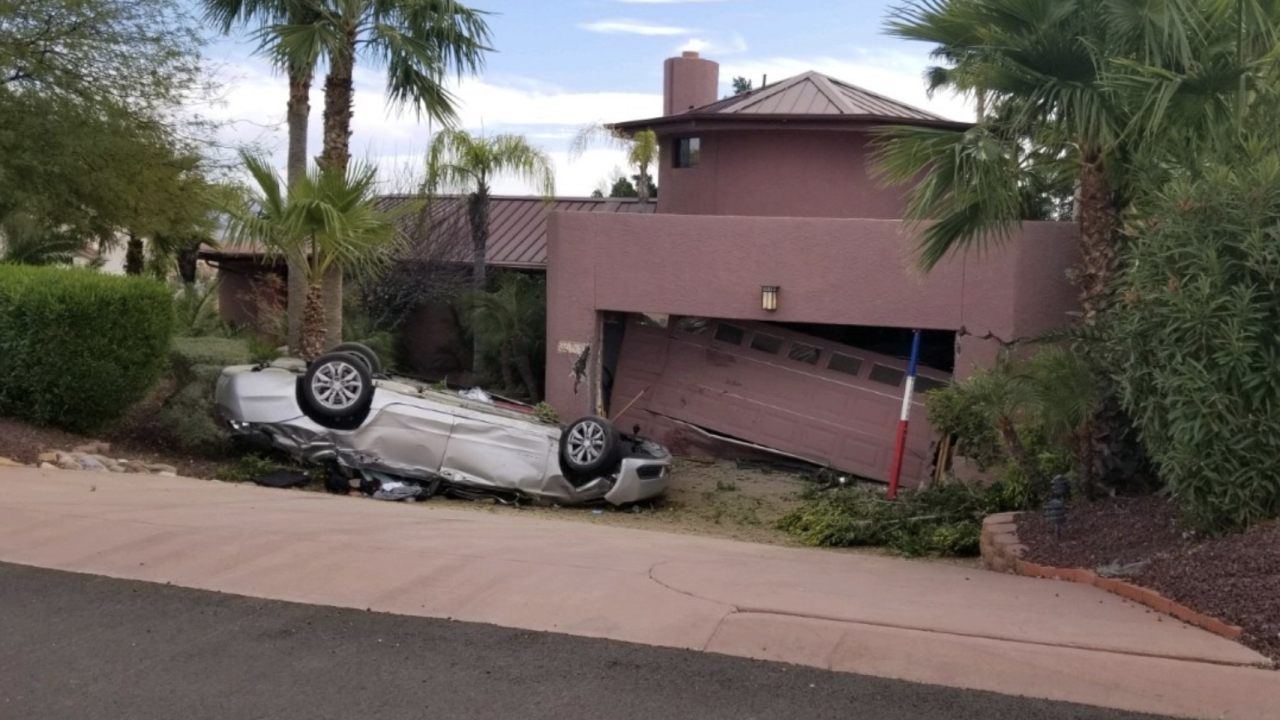 FOUNTAIN HILLS, AZ — Two people were hospitalized after the car they were riding in crashed into a home in Fountain Hills Sunday morning.

Maricopa County Sheriff's Office deputies were called to the home near Shea and Palisades Boulevards around 10:40 a.m.

Authorities say the car hit the back of another vehicle, lost control and then plowed into the home's garage.

A man and woman inside the car were transported to the hospital with non-life threatening injuries, according to MCSO.

Detectives are working to determine if speed and or impairment are factors.

Early reports were that the vehicle may have been attempting to evade law enforcement when it crashed, according to Rural Metro Fire officials.

Deputies say no one else was injured in the crash.