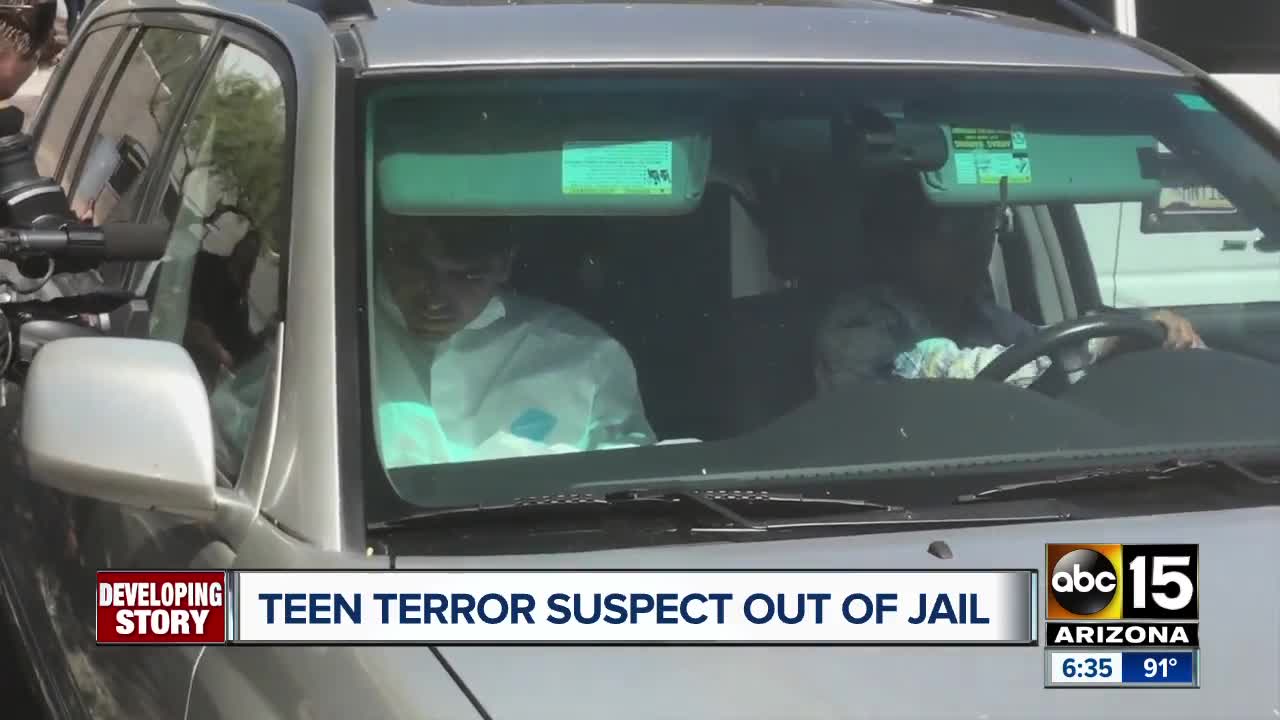 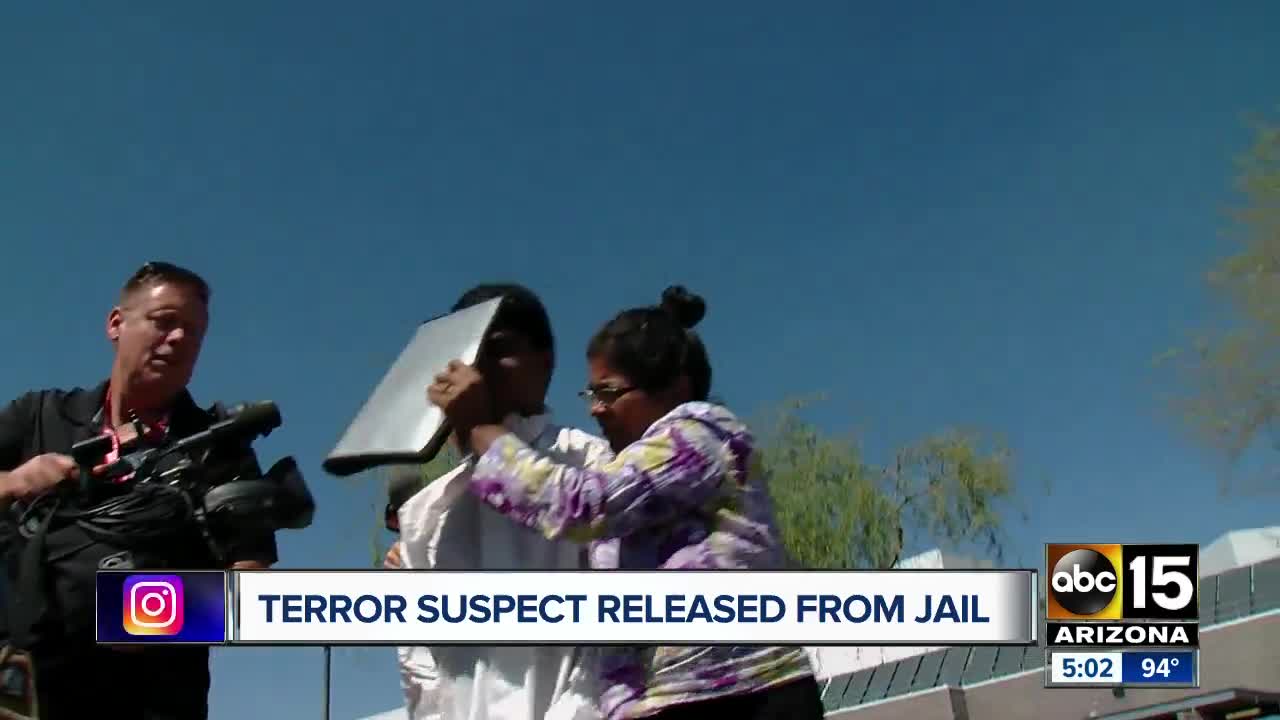 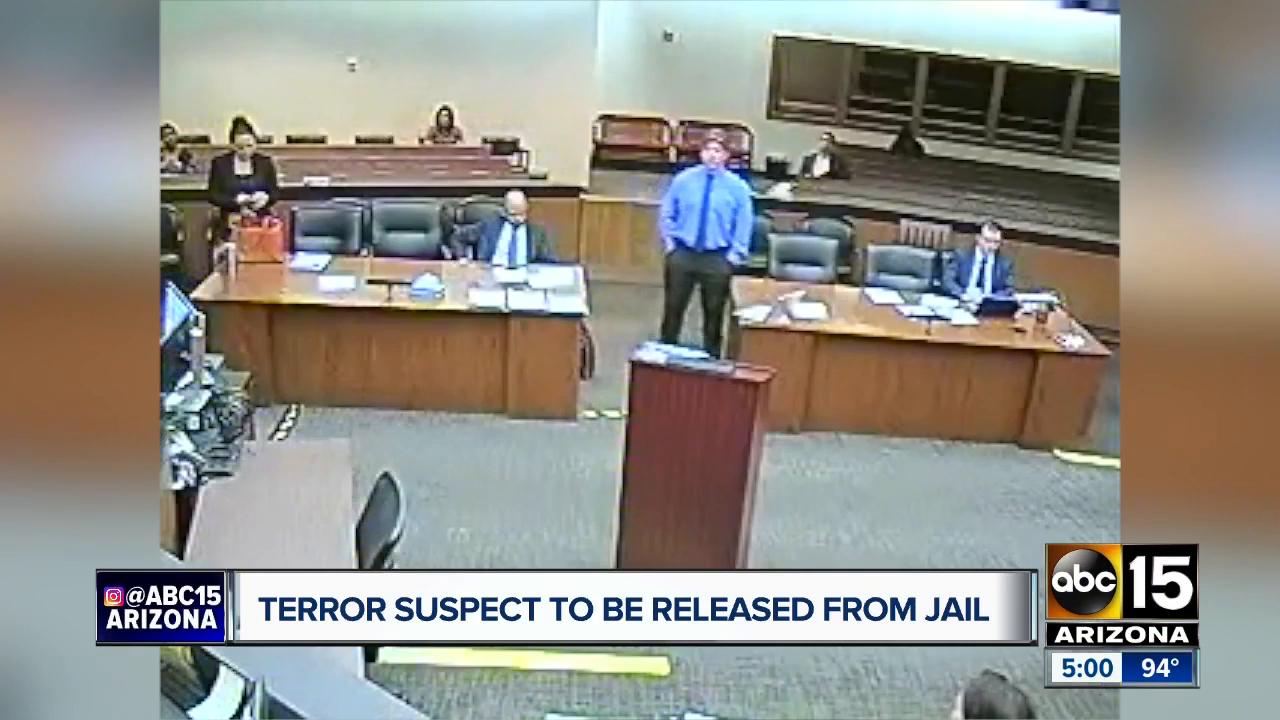 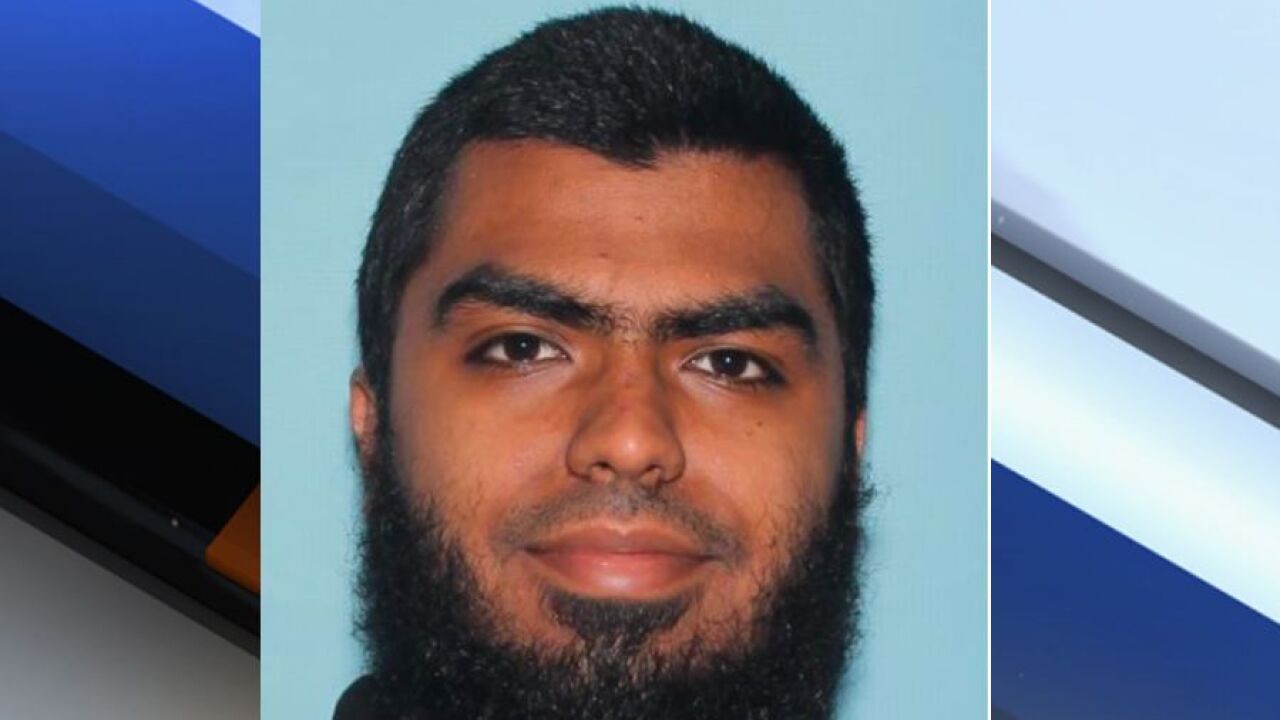 FOUNTAIN HILLS, AZ — Ismail Hamed, the Fountain Hills teen charged with two counts of terrorism and one count of aggravated assault after threatening an MCSO deputy with a knife, was released Friday as he awaits trial.

As he left the Lower Buckeye Jail Friday morning, Hamed did not answer multiple questions from an ABC15 reporter about the case.

#BREAKING Ismail Hamed, charged with terrorism, just walked out of jail. A superior court judge ordered his release yesterday as he awaits trial. Accused of declaring allegiance to Islamic State and attacking an @mcsoaz deputy back in January. Trial set for May. @abc15 pic.twitter.com/5RuweVApez

Under the orders of Maricopa County Superior Court Judge Sally Duncan, Hamed will receive an electronic monitor until his trial begins on May 14, 2020. The trial was originally slated to begin on October 14, 2019.

Hamed's release comes with a long list of restrictions from Judge Duncan. According to an ABC15 reporter in the courtroom on Thursday, Hamed will not be allowed to leave his home without his parents, and will not have any access to the internet. Additionally, his family will be required to password protect all electronic devices in the home.

RELATED: Suspect shot by deputy after throwing rocks at MCSO deputy in Fountain Hills is charged

Hamed will allegedly only be able to use a phone to contact his attorney.

On January 7, Hamed was shot and arrested after allegedly threatening an MCSO deputy with a knife.

MCSO Sheriff Paul Penzone says Hamed was in the process of "radicalizing," and evidence shows his attempt was to harm the deputy to "promote terror."

A grand jury later indicted him on two charges of terrorism and aggravated assault.