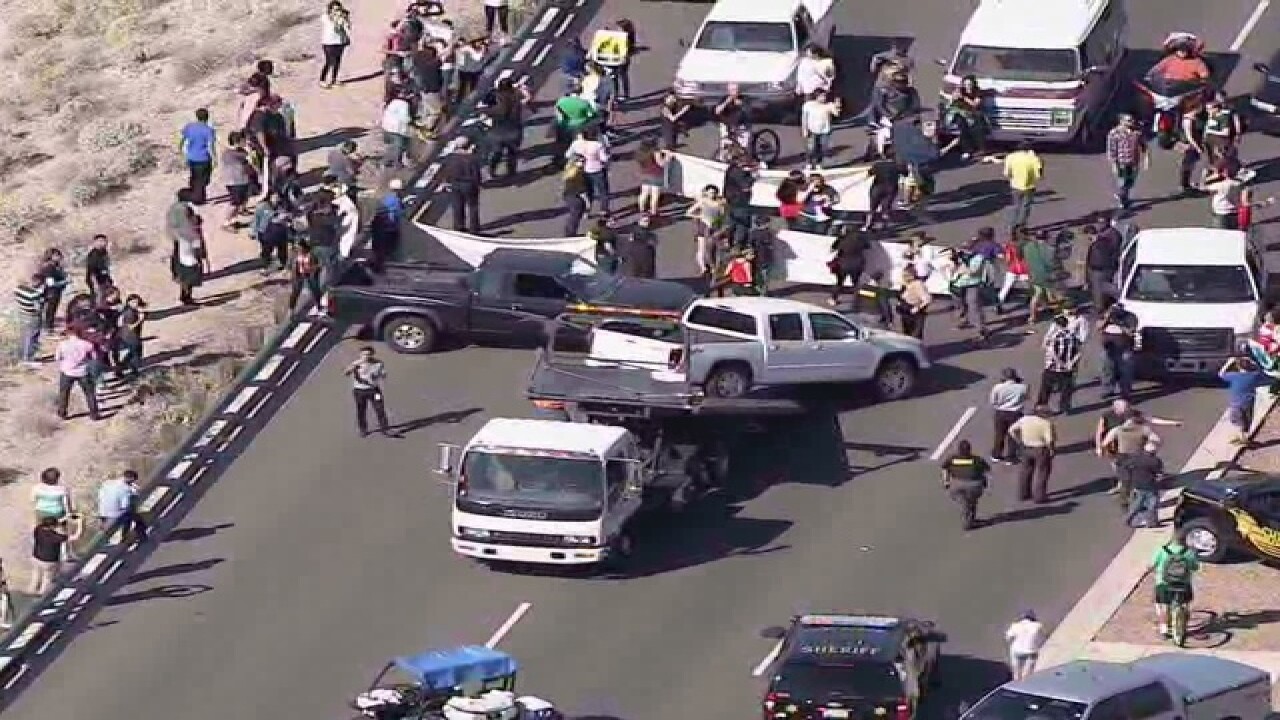 Watch video from the protest in the player above.

The protesters parked their cars in the middle of the road, unfurling banners with anti-Trump slogans and chanting "Trump is hate." The disruption caused a lengthy traffic backup, and drivers honked their horns in frustration.

MCSO has arrested 3 protesters after they blocked a public roadway on Shea Blvd, a main entry into Fountain Hills.