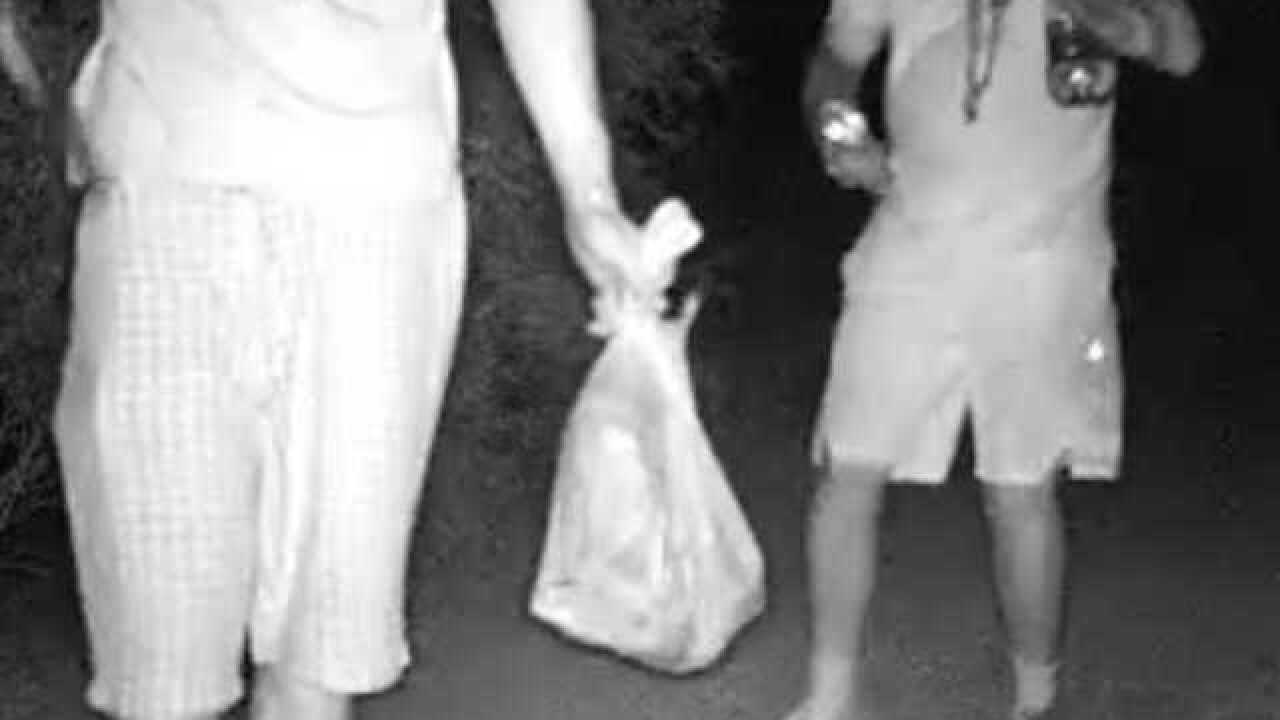 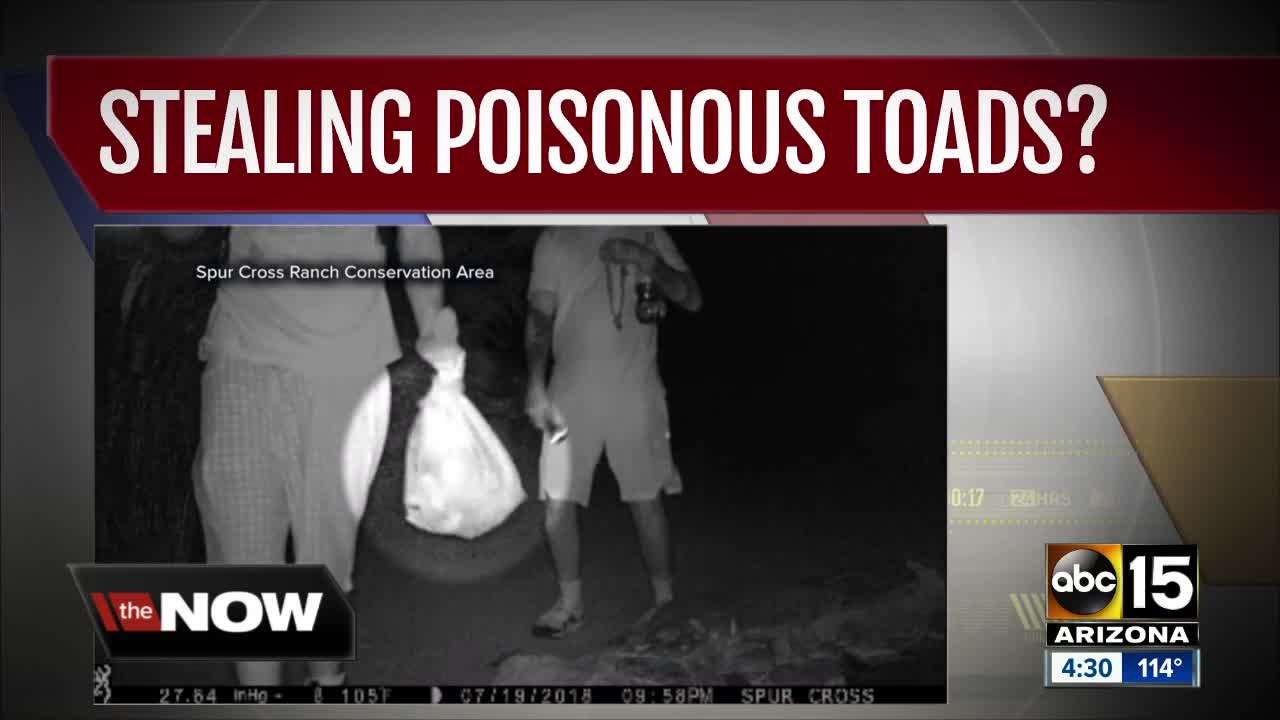 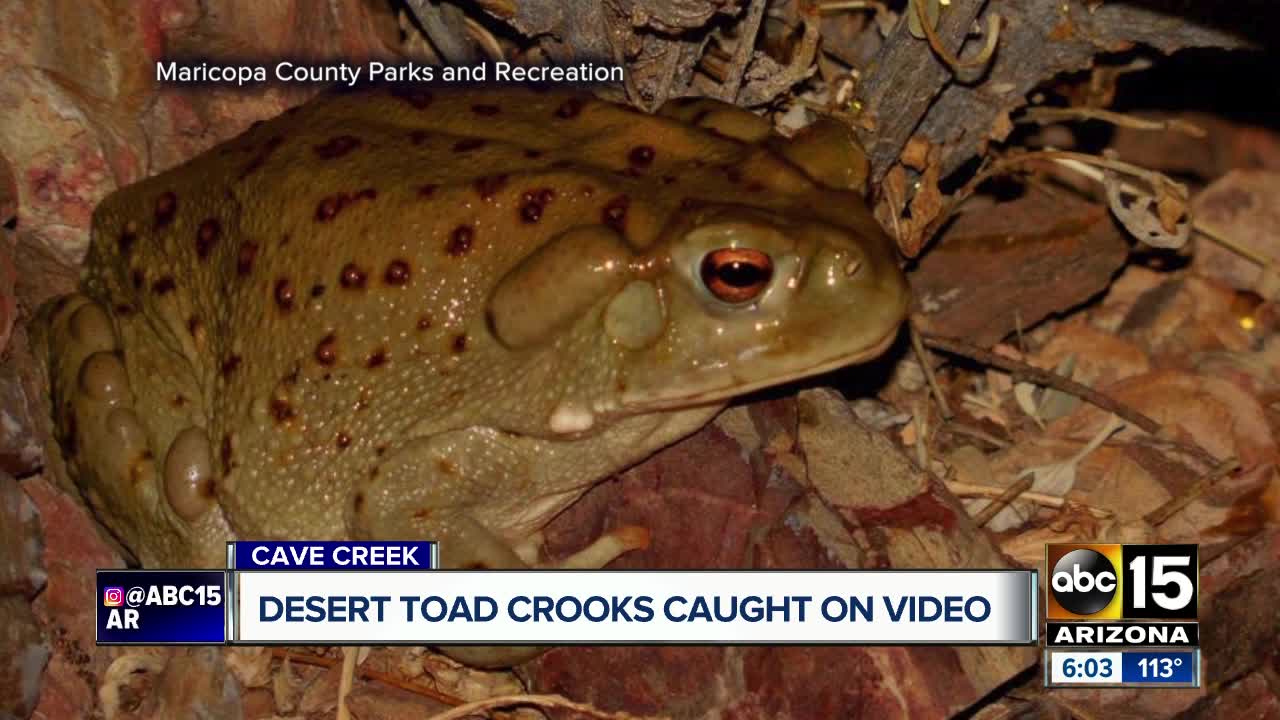 According to the conservation's Facebook page, individuals were seen removing the toads from the area between Friday night between the hours of 9 p.m. and 12:30 a.m.

They were equipped with water bottles, flashlights and bags at the time.

Watch the video in the player below. (Viewer discretion is advised, as there is some language)

Spur Cross Conservation Area says the video footage has been turned over to Maricopa County Sheriff's Office for investigation. ABC15 has reached out to MCSO for more information about the incident.

Randy Babb, a biologist with AZ Game and Fish, says ‘Toad Licking’ has become a dangerous trend where people use the poison of these toads to ingest. It acts as a psychedelic drug, similar to DMT’s hallucinogenic effects.

“Sonoran Desert Toads are the toads of choice and they harvest the poison from the and then ingest it,” Babb said. “They’re the largest toad in the Southwest. They can reach sizes of more than 2 pounds and can live up to 20 years."

You need a permit in Arizona to catch or kill wildlife in the state. Even with a permit, it’s illegal to buy, sell or barter/trade animals.

Badd said this kind of this is not something to be taken lightly.

“It’s a dangerous thing to be playing with,” Badd said.