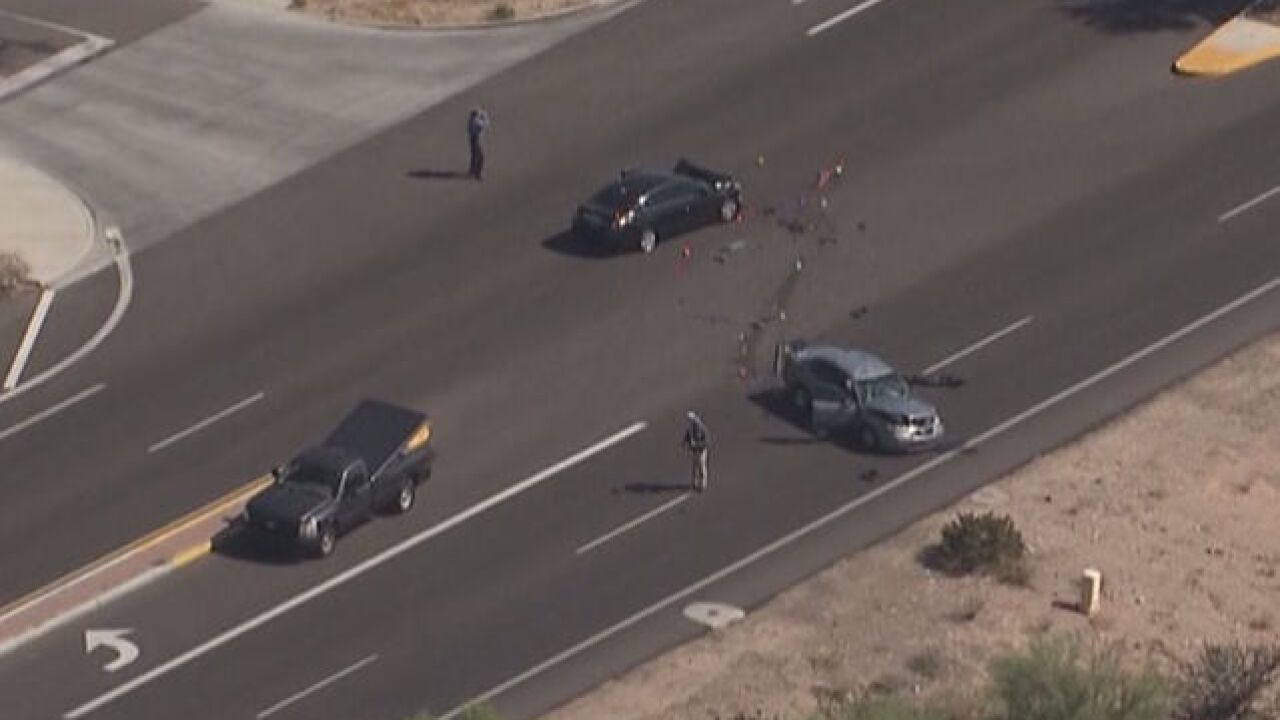 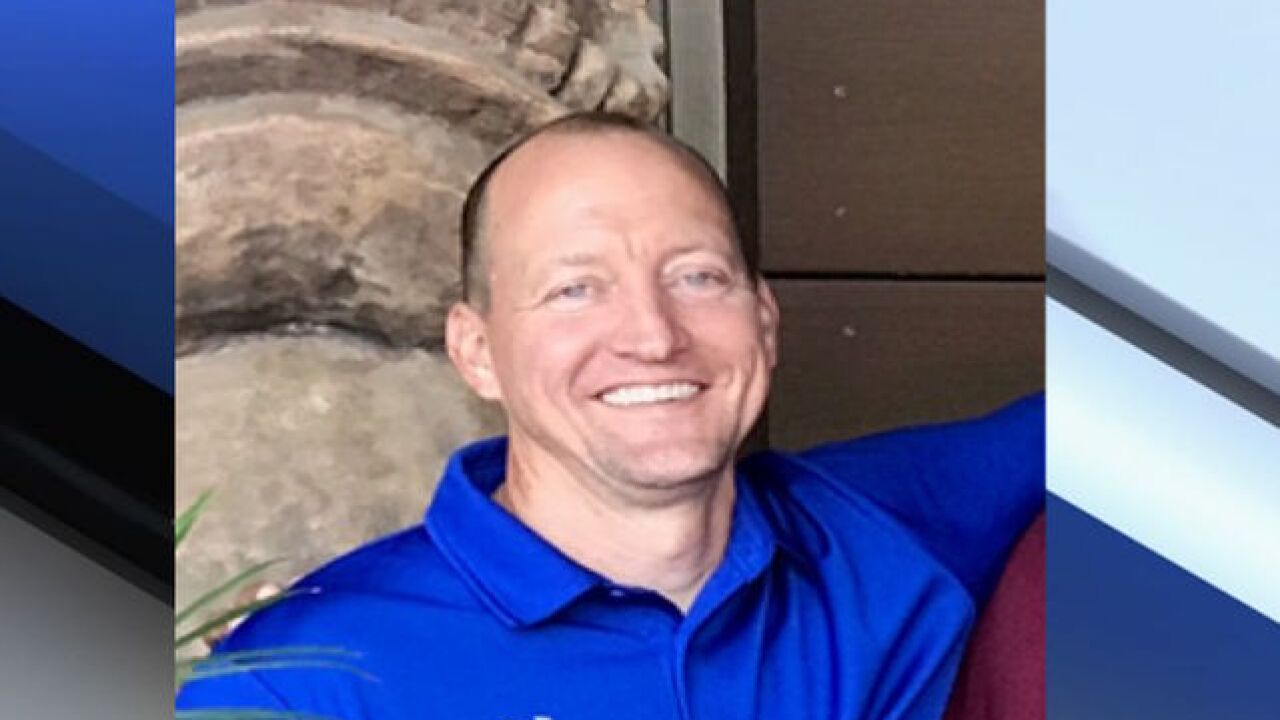 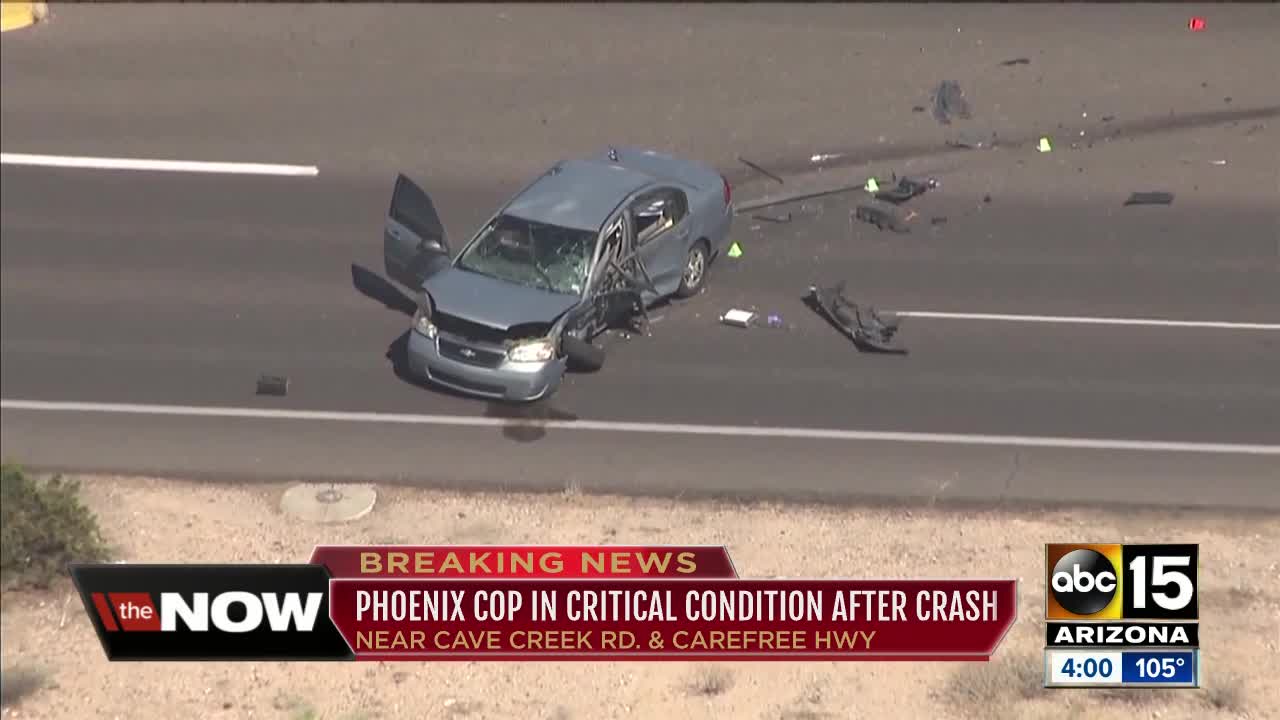 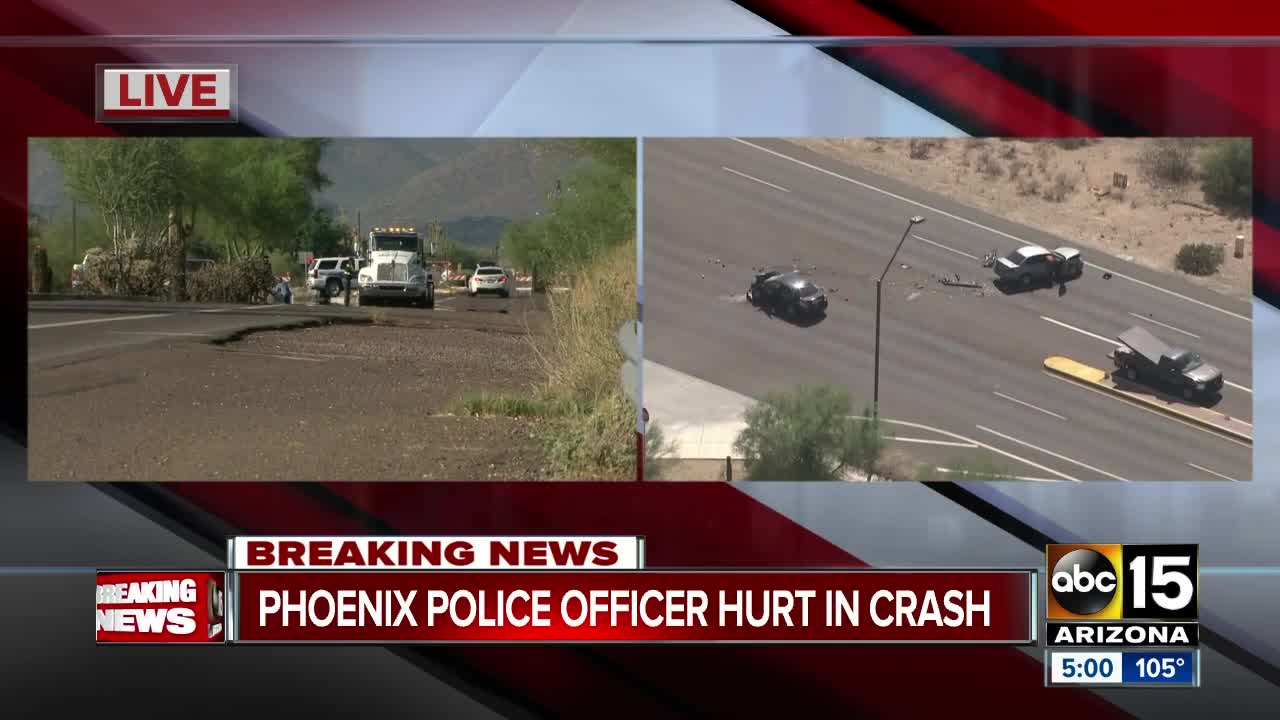 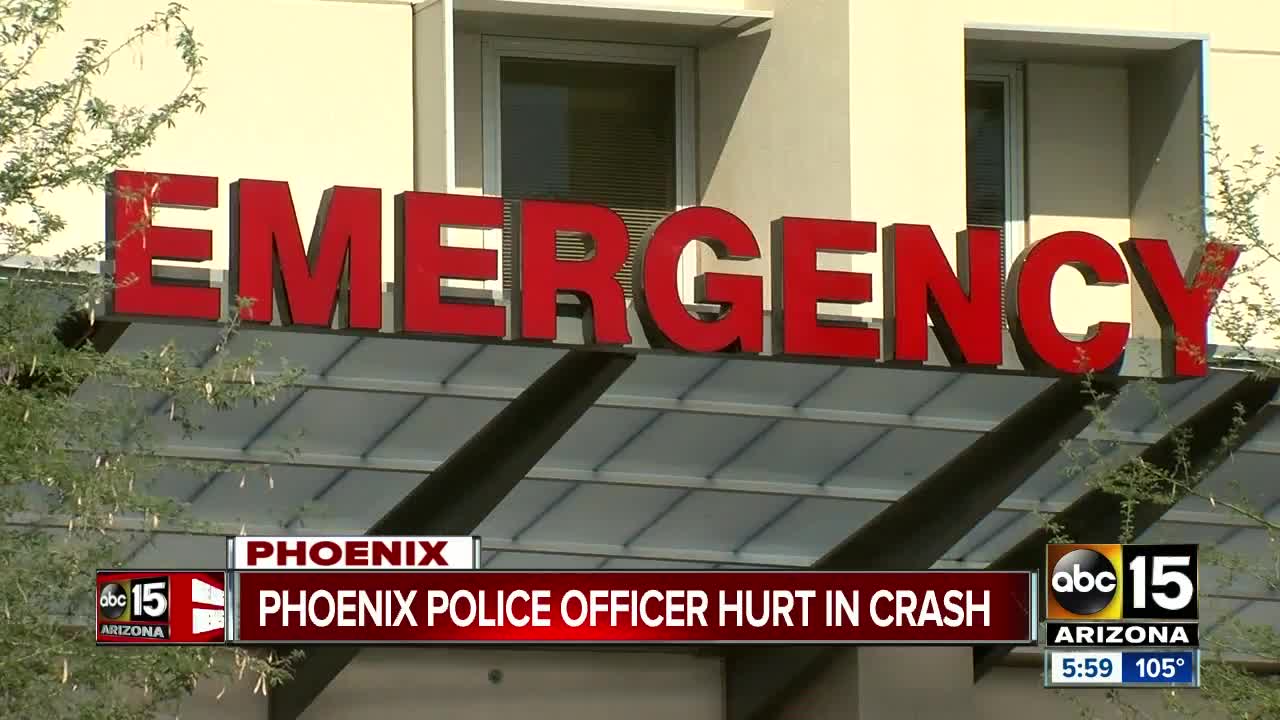 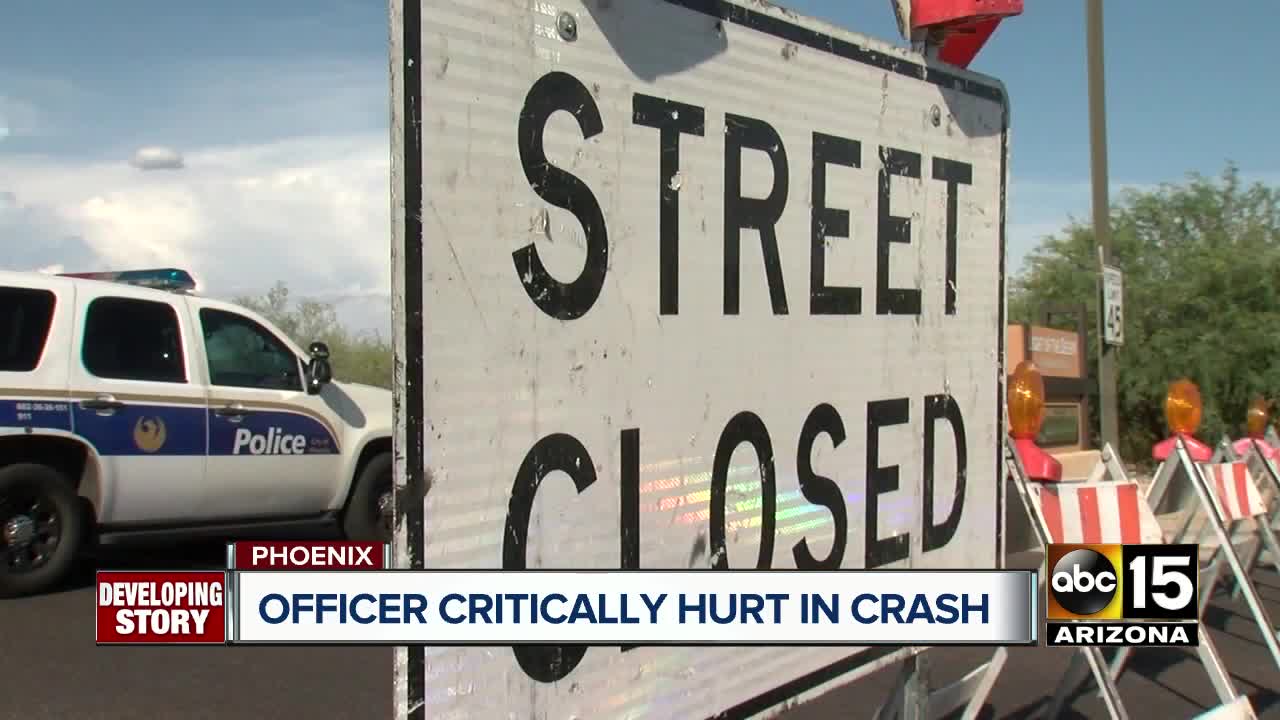 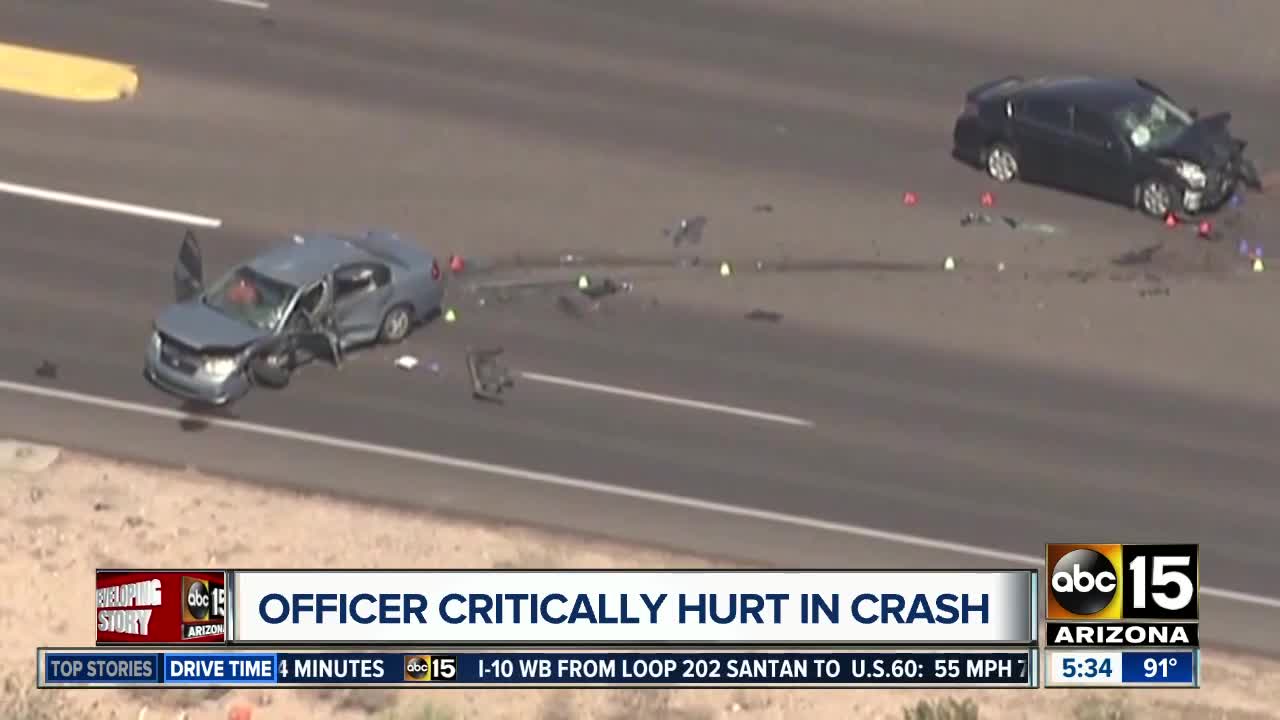 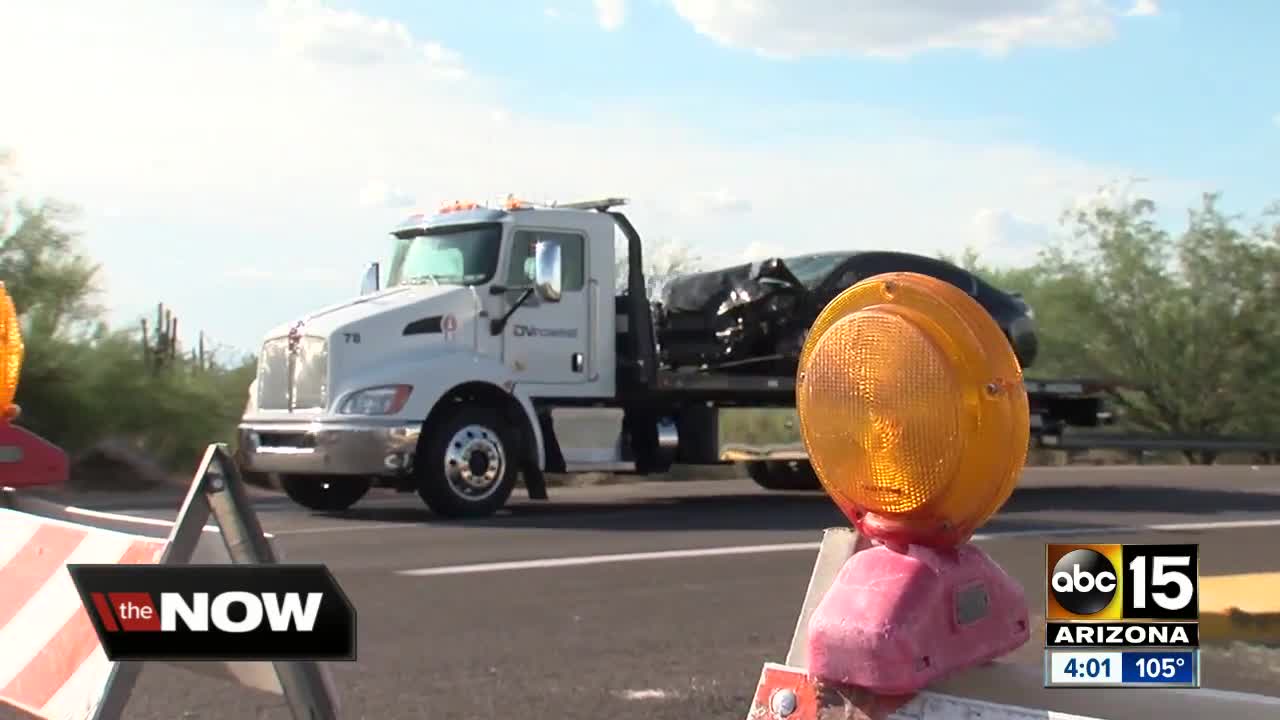 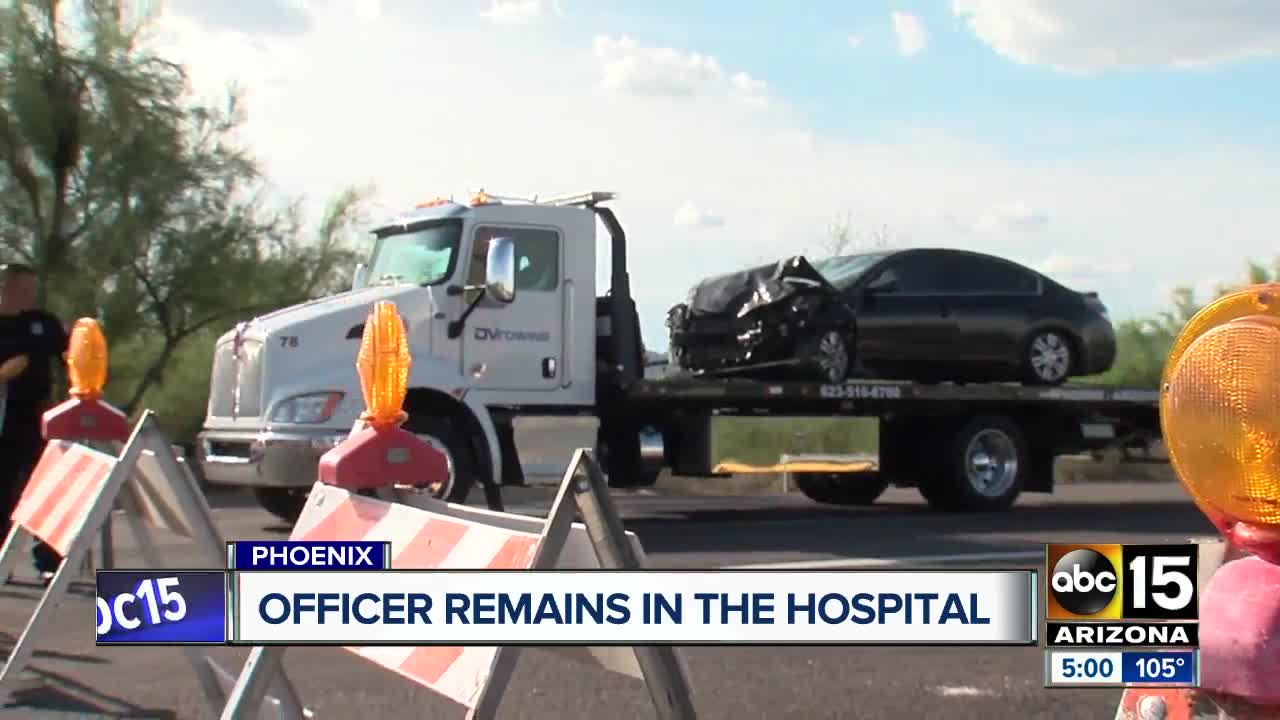 A Phoenix police officer is in the hospital in critical condition after a two-vehicle crash in north Phoenix.

Phoenix police Sgt. Armando Carbajal said in an email the crash happened Thursday afternoon near Cave Creek Road, south of Carefree Highway while the officer was leaving a police substation.

Phoenix police identified the officer involved in the crash as Officer Sean George. As of Friday afternoon, George is in critical but stable condition at a Valley hospital.

At the time of the crash, George was in an unmarked Chevy vehicle. Police say the other driver and passenger have minor injuries.

"As the officer was exiting to go southbound on Cave Creek, there was a vehicle going northbound, and they collided," Sgt. Armando Carbajal said. "The extent of his injuries are very critical, so we continue to get updates from the hospital and from the police personnel who are there."

Police say impairment does not appear to be a factor.

Police say the 53-year-old officer has 26 years of service on the force. His wife and son are with him at the hospital and he has undergone surgery for undisclosed injuries.

Throughout the day Thursday, dozens of Phoenix officers stopped by the hospital to visit the injured officer, including Police Chief Jeri Williams.