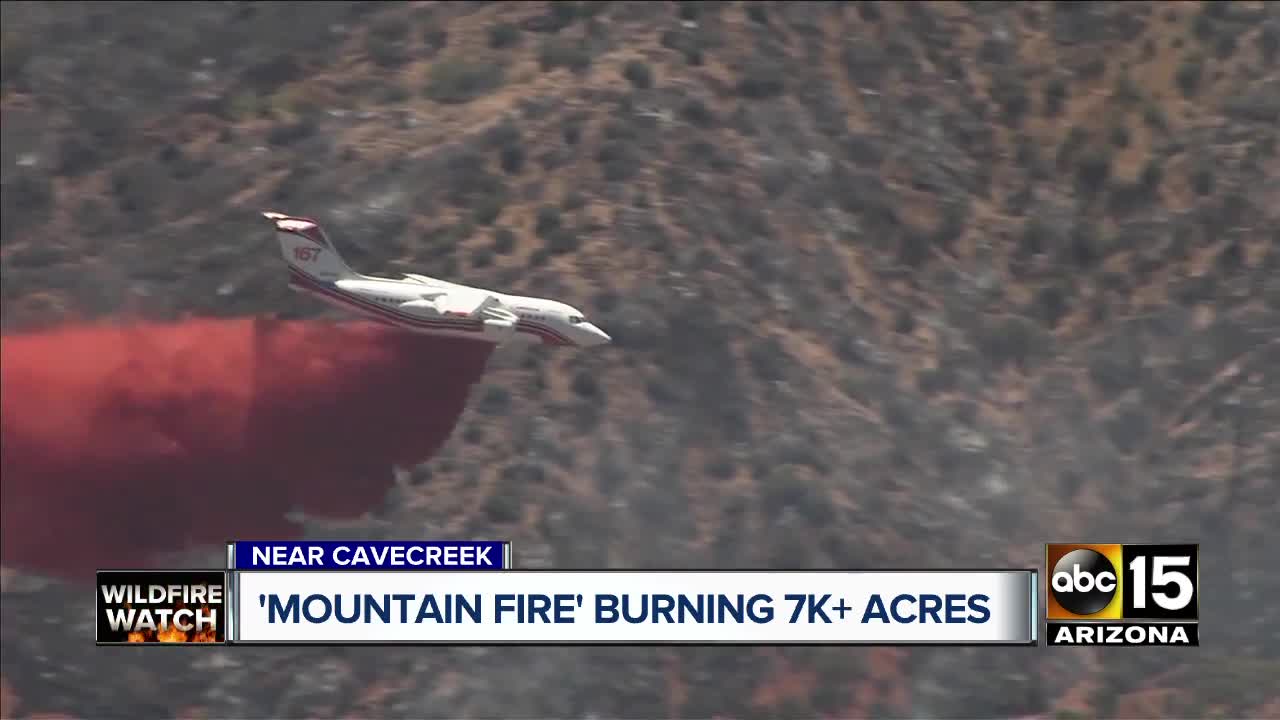 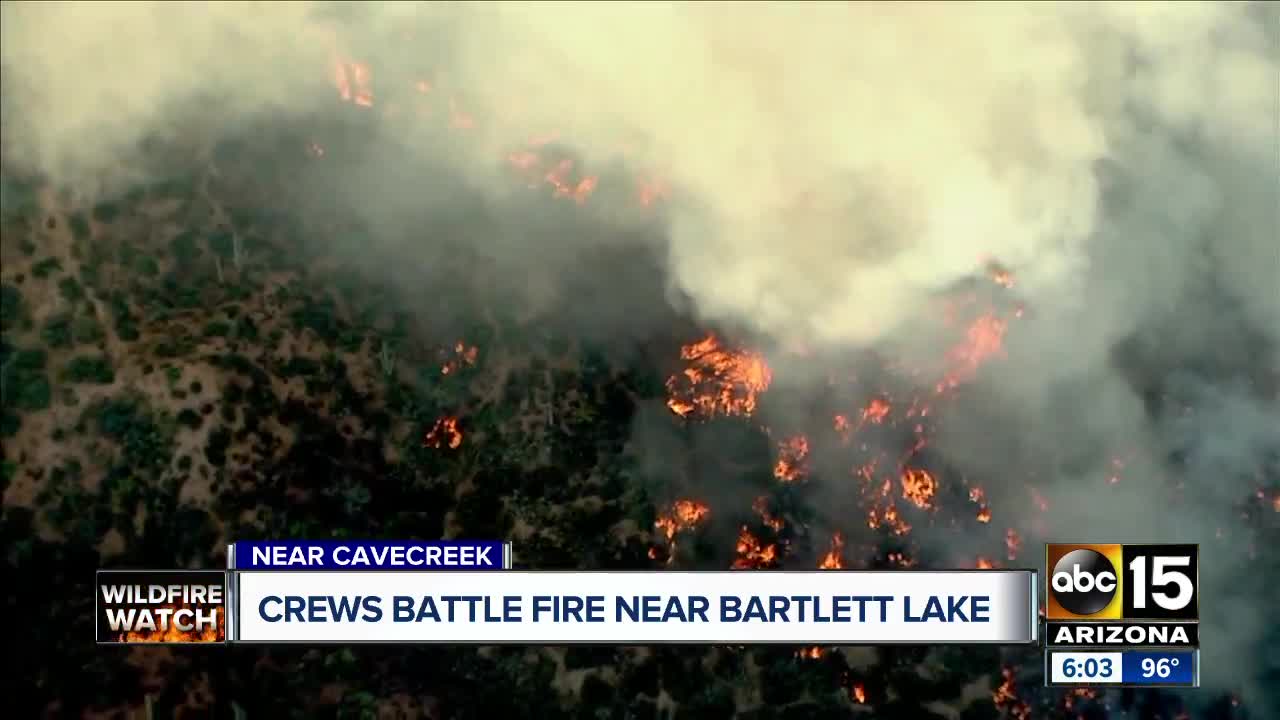 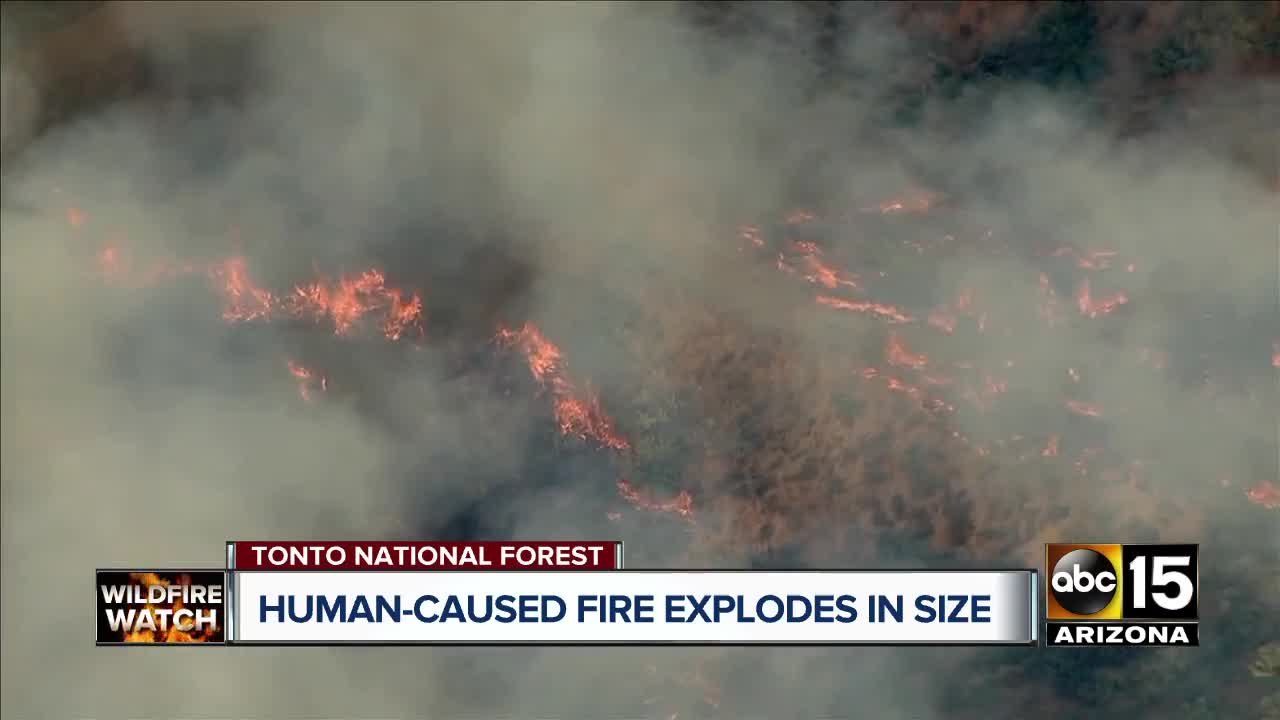 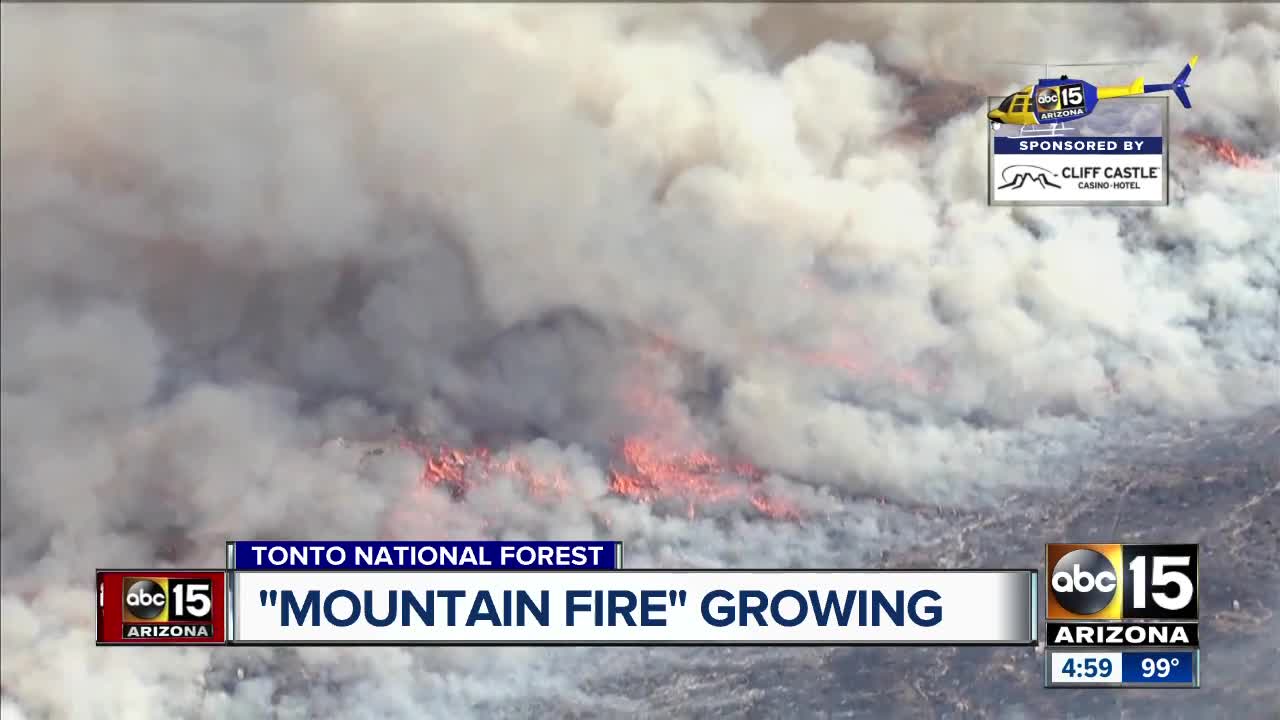 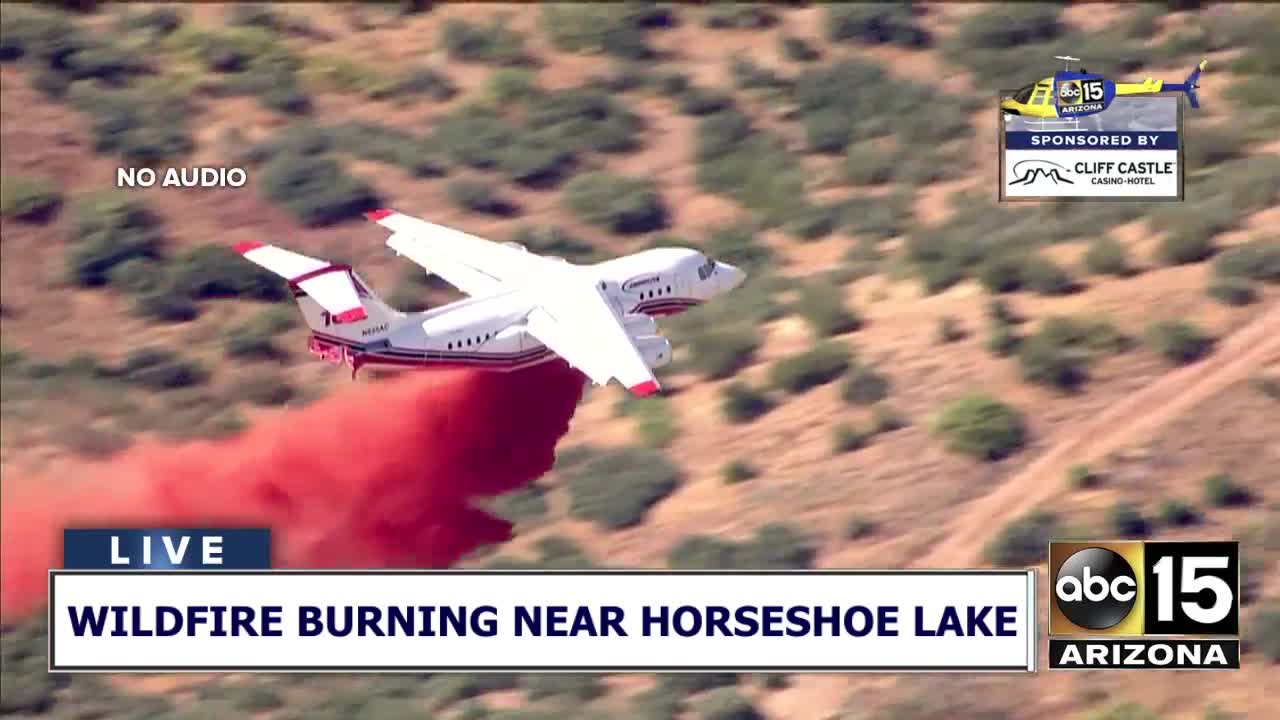 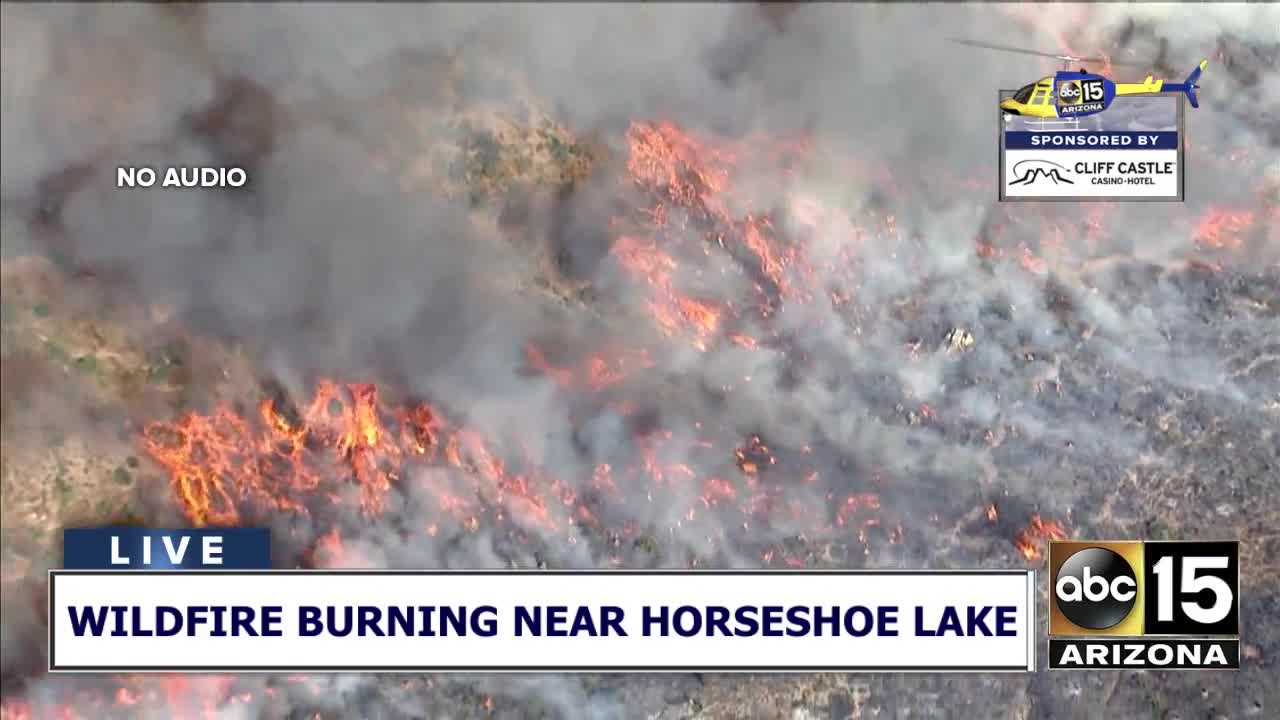 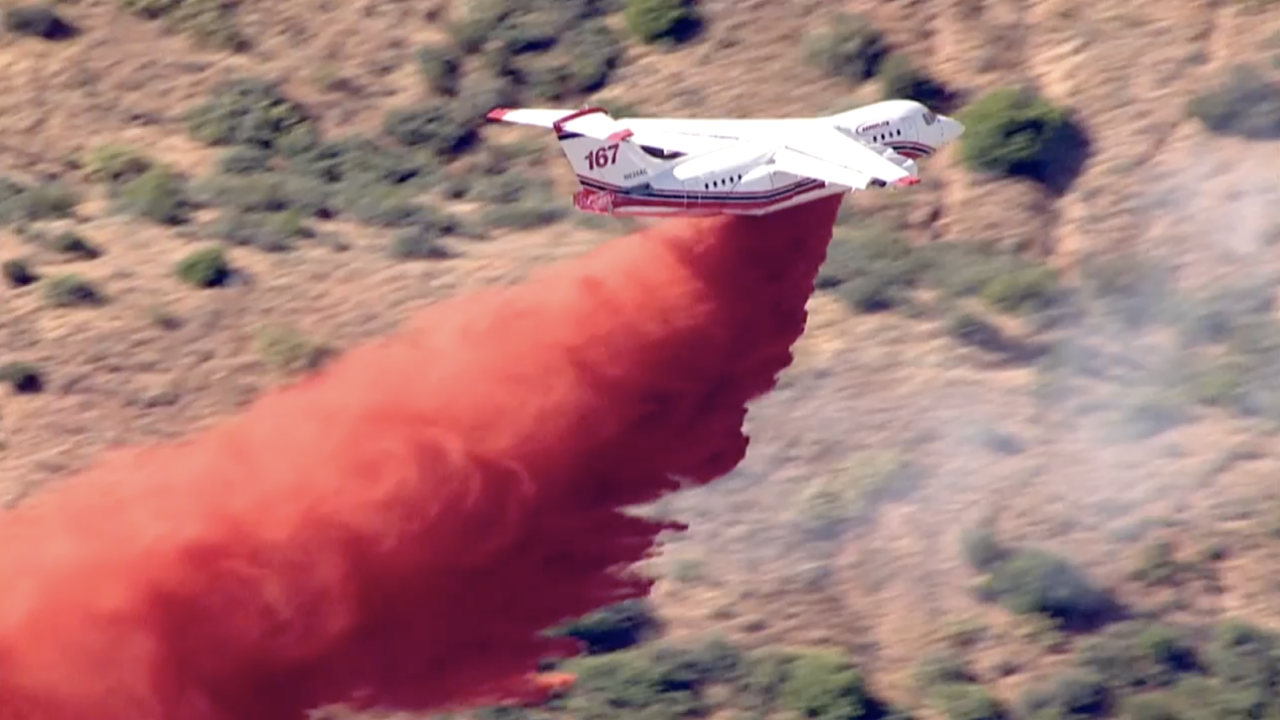 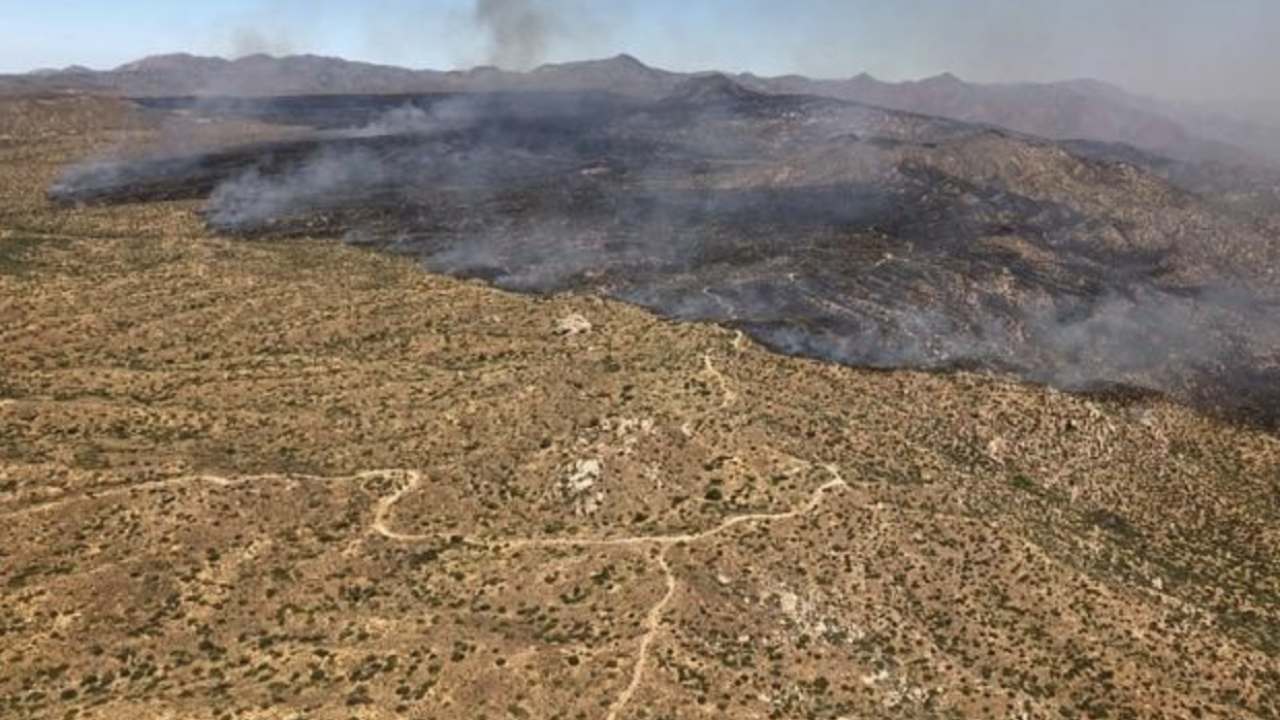 MARICOPA COUNTY, AZ — Over 200 firefighters are working to contain the Mountain Fire, which ignited on Tonto National Forest land northeast of the Valley Friday and quickly covered thousands of acres.

According to the forest service, the fire has grown to an estimated 7,470 acres as of Sunday afternoon.

The Maricopa County Sheriff's Office assited with a mandatory evacuation of Bartlett Lake and those camping in the area over the weekend, according to a tweet issued by the Tonto National Forest.

Video from our Cliff Castle Chopper showed several planes and at least one helicopter dropping retardant and water to try and slow the progress of the fire, which was burning between Horseshoe and Bartlett lakes. Watch video of one of the aerial drops in the player above.

The Tonto National Forest said the fire was human-caused.

The fire continues to burn north and northeast toward Bartlett Lake.

As winds die down, officials said smoke from the fire is expected to settle into the many valleys and washes in and around the national forest. The smell of smoke for those living near the Tonto National Forest boundary is normal overnight airflow and not a reason for alarm.