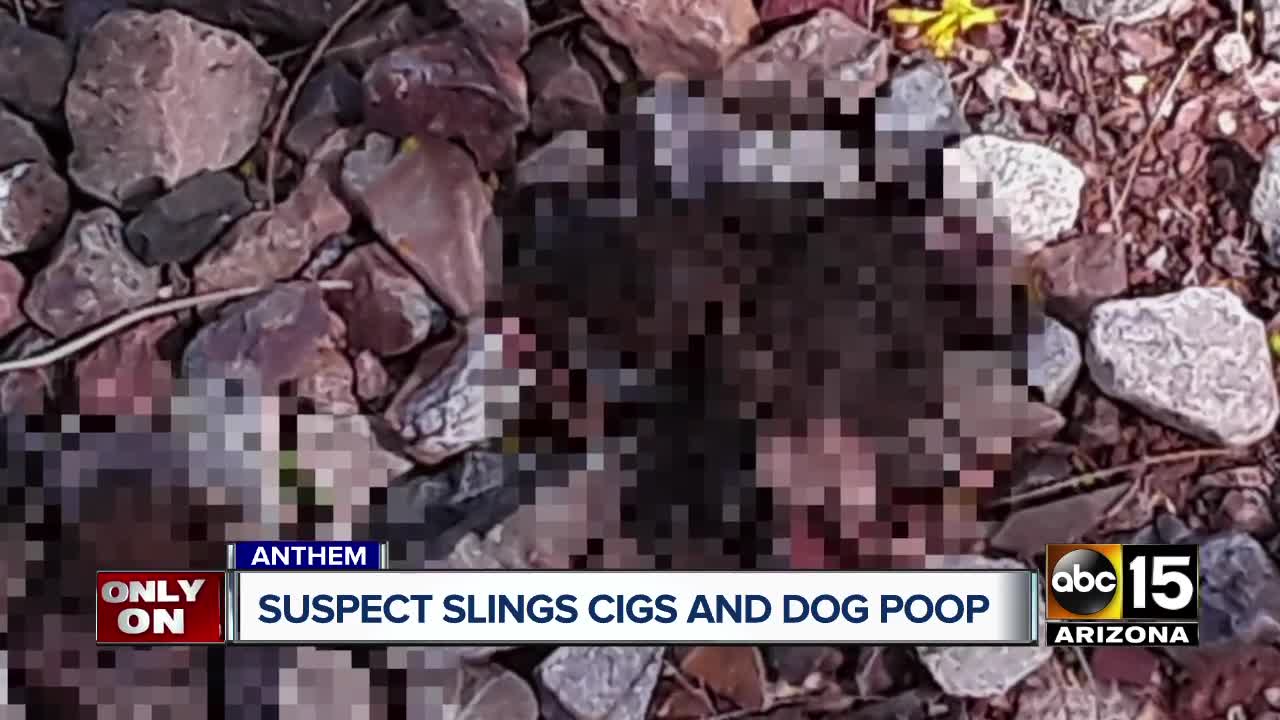 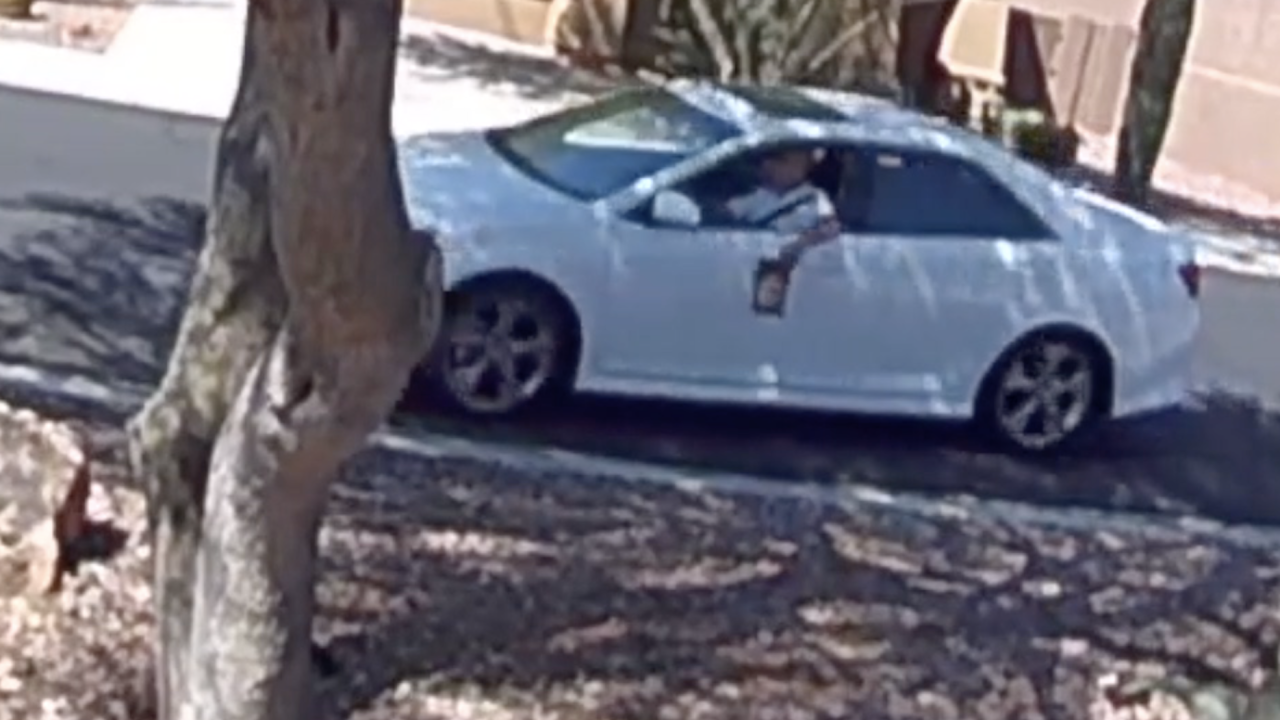 ANTHEM, AZ — It is a messy mystery, going on seven months. A criminal has been dumping cigarette butts and dog poop in an Anthem front yard for the majority of 2019.

The most recent dirty drop-offs were caught on the couple's new camera inside the gated Anthem Country Club.

"On the camera we got him twice, pulling right up to the curb, and just going...throwing it out in the yard!" said Bob Gibbons.

The disrespectful dumping has happened 42 times.

Gibbons's wife jokes he has some "OCD." The 72-year-old has bagged and tagged hundreds of used cigarettes and even some of Fido's feces.

"Dog crap and a cigarette butts on the yard again. 38th time," said Gibbons, reading one note. "Thursday, July 11, cigarette buds once again on our front yard," he continues, picking up another bag and piece of paper.

Gibbons said he has thrown a lot of bags away. Other bags have been turned over to Maricopa County Sheriff's Office detectives who are investigating the harassment and littering on their own.

"MCSO has been incredible. There are 500 people in Anthem trying to find this guy," said Scott Gibbons, Bob's son, referring to the law enforcement and community support

At first, the crime seems somewhat amusing. "As funny as that may sound, it’s not funny. It’s happened almost 50 times," said Scott.

It is not some one time prank though. Scott's mother has her sense of safety shattered. "She’s nervous, she scared," he said. "My wife has been a mess with this, and this is serious," said Bob.

The Gibbons recently got a Ring camera, which has captured the criminal but not his license plate.

"There's no pattern. Once a week, to twice a week, to once a month," said Scott. "It's so sporadic, but it is the same car."

The most recent incident happening at 11 a.m. on Thursday, September 19. "He's still that gutsy, I don't understand this guy," exclaimed Bob.

The Vietnam veteran is perpetually perplexed as to why he's being targeted. "Why us? What did we do?" wondered the grandfather. "This person must really hate us, and we wouldn’t hurt a fly."

Despite the suspect's seven-month spree of success, the Gibbons are confident they will catch the crappy criminal, but they are also fine with him stopping altogether.